Rich McCormick has flirted with QAnon believers, while Marjorie Taylor Greene has endorsed the conspiracy theory 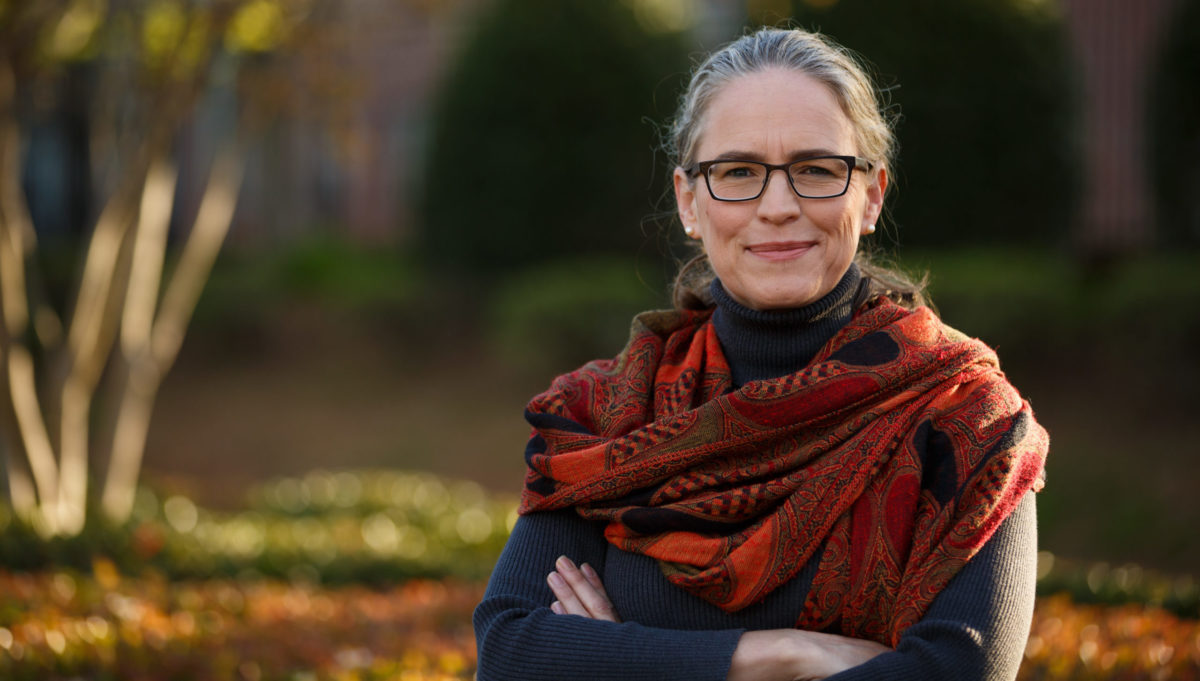 Rich McCormick, an emergency room physician and military veteran who is running against Bourdeaux, suggested in a June interview with Patriots’ Soapbox, a QAnon-linked YouTube channel, that the billionaire philanthropist George Soros, who is Jewish, funneled millions of dollars to a Democratic fundraising platform in order to sow discord at Black Lives Matter protests.

“If you look at what Soros did,” McCormick said in the interview, “I just heard today — and I don’t want to get conspiracy on you or anything like that — but that $20 million was donated to Black Lives Matter, basically through ActBlue, basically as a way to incite more violence and unrest to get people out to vote the wrong way based on a narrative that we know is false.”

Bourdeaux, writing in the questionnaire, was direct in her assessment of McCormick’s statement.

“Antisemitism is reprehensible, no matter what political party it comes from — and it’s alarmingly clear that antisemitic behavior is on the rise,” said Bourdeaux, whose husband is Jewish. “There is something deeply wrong when a sitting president feels emboldened to call torch-bearing neo-Nazis ‘very fine people’ after seeing them chant ‘Jews will not replace us.’”

(Read the questionnaires from Bourdeaux and McCormick in Jewish Insider’s interactive election map.)

“We are seeing the consequences of this right here in Georgia,” Bordeaux added. “Marjorie Taylor Greene, the Republican candidate running for Congress in GA-14, peddled very disturbing antisemitic conspiracy theories, such as the claim that George Soros betrayed other Jews during the Holocaust. And in my campaign, my opponent Rich McCormick has spread conspiracies of his own, suggesting that the philanthropist was paying $20 million to Black Lives Matter protesters in order to incite violence. This violent, shameful rhetoric cannot be tolerated — at home or in the halls of Congress.”

Greene, who is competing in the August 11 runoff election against Republican John Cowan, is one of several candidates around the country to have endorsed the QAnon conspiracy theory, including Lauren Boebert, a Republican House candidate in Colorado who unseated five-term incumbent Rep. Scott Tipton (R-CO) in the June 30 primary.

QAnon alleges that a secret network of Satanist pedophiles controls the political levers, and that President Donald Trump was elected to take them down.

While McCormick has participated in interviews with QAnon believers — one of whom compared the Democrats to Nazis — he has shied away from explicitly endorsing the movement’s fringe beliefs. Last Wednesday, McCormick sought to distance himself from Greene.

“It is awful that Ms. Greene would peddle in such a horrific antisemitic conspiracy,” John Simpson, McCormick’s spokesman, said in a statement. “While it is fair for us to disagree on where and how Soros makes his political donations, to accuse Soros, who lost family in the Holocaust, of working with the Nazis is a plain, despicable and antisemitic lie. We hope she will apologize immediately.”

In his questionnaire, McCormick told JI that he believed antisemitism emanates from the margins of both the Democratic and Republican parties.

“Sadly, there is an element of antisemitism on the fringe of both the political left and the political right,” he wrote. “Far-left elements of the Democratic party, including some members of Congress, have made antisemitic remarks and posts on social media. Likewise, the extreme right white supremacy groups embrace Nazi symbolism and perpetuate hateful stereotypes.”

Still, he emphasized that he did not think that there was a concerning rise of antisemitism on either side of the aisle.

“In light of these groups, I don’t believe antisemitism is ‘rising’ in either party,” he said. “However, polarization of our political system is increasing, and this polarization legitimizes fringe elements of both parties which creates the appearance of increasing antisemitism on both sides of the political aisle. I believe the vast majority of Americans and the representatives they elect to serve our country are good people. Accordingly, elected officials must start working across the aisle to find bipartisan compromise rather than retreating to our partisan corners because the latter only serves to embolden the fringe.”

Elsewhere in the questionnaire, McCormick expressed his support for a two-state solution to the Israeli-Palestinian conflict.

“Any plan for the Middle East must recognize Israel’s right to exist, provide the Palestinian people with the right to self determination and ensure access to the holy sites of Jerusalem,” said McCormick, who believes in continued U.S. aid to the Jewish state. “I also understand the Trump peace plan — or any realistic peace proposal  — requires the State of Israel to make significant territorial compromises from land that was captured in a defensive war. This is not a small concession on behalf of the Israeli government, and one that must be recognized by the Palestinians. I also believe that peace should not demand the uprooting of people — Arab or Jew — from their homes.”

McCormick backed Trump’s decision to pull out of the Iran nuclear deal, formally known as the Joint Comprehensive Plan of Action (JCPOA), arguing that it was ineffective because its sunset provisions enabled the Islamic Republic “to begin industrial scale nuclear material production” after 10-15 years.

Unlike McCormick, Bourdeaux supports rejoining the Iran deal while acknowledging that “Iran’s efforts to acquire nuclear weapons present an existential threat to Israel and undermines peace and stability in the region and in the world.”

“Re-entry into the JCPOA, where the U.S. voice can be heard, with improvements that can be made where necessary, and a united front against possible Iranian backsliding is maintained, is the best means to achieve a diplomatic solution,” she wrote.

“I reaffirm the position of the United States over the last four presidential administrations that a just and lasting peace will be best brought about by a two-state solution with a capital in Jerusalem for both states,” she said. “Only good-faith and sincere negotiations from both sides can bring this about, and ultimately, the Israeli and the Palestinian people have to find their own way to a resolution.”

Bourdeaux, who is on leave from her position as a public policy professor at Georgia State University, lost by just 433 votes last cycle when she tried to unseat Rep. Rob Woodall (R-GA), who is retiring at the end of this term and represents the suburbs of northern Atlanta.

Inside Elections has designated the congressional race between Bourdeaux and McCormick “tilt Democratic,” while The Cook Political Report has rated the contest a “toss-up.”