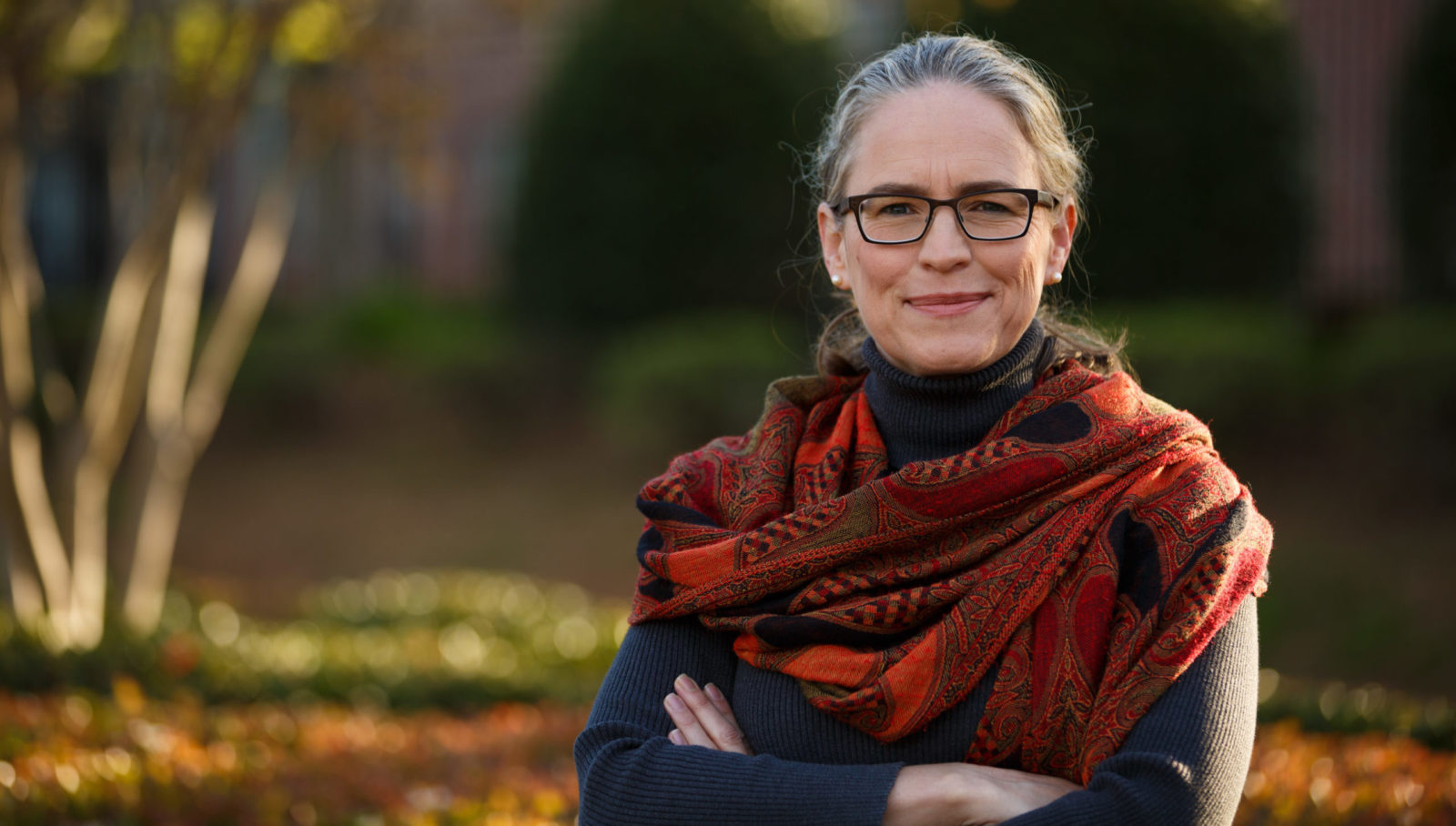 The public policy professor who nearly beat Rep. Rob Woodall last cycle is hoping she can finish the job in an open-seat contest

In 2018, Carolyn Bourdeaux came within spitting distance of unseating Congressman Rob Woodall when she lost by just 433 votes to the Republican incumbent in Georgia’s 7th congressional district, a suburban swath of northern Atlanta.

Now that Woodall is retiring at the end of his term, Bourdeaux — the 49-year-old Democrat currently on leave from her position as a public policy professor at Georgia State University — is trying again in an open-seat contest.

She believes she will have better luck this time around.

“I got so close last time,” Bourdeaux said in an interview with Jewish Insider. “So many people came up to me after and were like, ‘This was a victory,’ given that this was such a sleeper race, and people didn’t think it could be won.”

Before she can advance to the general election, however, she will have to come out on top in a crowded primary, rescheduled for June 9, that includes state senator Zahra Karinshak, state representative Brenda Lopez Romero and progressive activist Nabilah Islam, who was recently endorsed by Rep. Alexandria Ocasio-Cortez (D-NY).

While there is no publicly available polling on the race, experts say that Bourdeaux is the clear frontrunner. For one, she has earned a number of key endorsements from Democratic power brokers such as Reps. John Lewis (D-GA) and Hakeem Jeffries (D-NY).

Bourdeaux has raised approximately $1.5 million, according to the Federal Election Commission — more than any of her opponents. And she is relying on a support infrastructure that was established during her 2018 run. “It takes a while to build that message and to build that community,” Bourdeaux said.

Bourdeaux’s current bid for Congress is essentially a “continuation” of her last campaign, said Amy Steigerwalt, a professor of political science at Georgia State University who knows the congressional hopeful. “She hasn’t stopped doing the work she was doing all through 2018.”

That work has only become more urgent during the coronavirus pandemic, said Bourdeaux, whose first campaign focused on health care. She is now working to encourage her supporters to vote by mail in an effort to “protect public health.”

“I tell folks I got into this race around health care and dealing with the corruption and incompetence in Washington,” said Bourdeaux, who speaks in a methodical manner befitting her tenure in academia. “Those issues were important before — they’re even more resonant now.”

The mild-mannered professor, however, is no stranger to public service. Bourdeaux got her start in politics in the mid-’90s as a legislative aide to Sen. Ron Wyden (D-OR), who at the time was an Oregon congressman.

Later, she earned her Ph.D. in public administration from Syracuse University and went on to become a professor at Georgia State University’s Andrew Young School of Public Policy. “My parents were deeply involved in public education and were advocates for public education,” said Bourdeaux, who grew up in Roanoke, Virginia.

Bourdeaux — the descendant of Huguenots who left France in the 1600s — is married to Jeffrey Skodnick, a sales manager at LexisNexis who is Jewish. “I have a wonderful, very supportive set of in-laws,” said Bourdeaux, who sends her son to Hebrew school. “I really do feel a sense of deep connection with the Jewish community here.”

She has been developing that connection for some time. In the late ’90s, Bourdeaux went backpacking on a solo trip through Israel during a period in which she had time to travel between her studies.

“When I was there, I was very involved in trying to understand the Jewish experience,” she said. “I went to the top of the Masada, where the troops swear that it will never fall again, and I was just very, very moved by my visit there and my experience.”

Bourdeaux looks back on that moment — just before the second intifada — with nostalgia. “It was during this period where everybody thought peace was going to happen,” she recalled. “It had been peaceful for so long.”

Sure enough, Bourdeaux remembered, violence erupted shortly after she went home. Her experience in the region gives her an understanding of how “difficult” it will be to get to a two-state solution, which she supports.

“The first, most important thing, though, is, right now, we have to change the leadership in this country,” said Bourdeaux, who believes that the Trump administration has destabilized the Middle East. “We just don’t have leadership that’s committed to a peace process that’s going to work.”

Bourdeaux was also critical of Trump’s decision to abandon the Iran nuclear deal and supports rejoining it, a view she lays out in a position paper provided to JI by her campaign.

“I was disappointed that Trump pulled out of it,” she said. “No agreement is perfect. But it seemed to be making some good progress and keeping the Iranians from developing a nuclear weapon.”

Should Bourdeaux emerge victorious from next month’s primary, she is likely to face Renee Unterman, a Republican candidate and long-serving Georgia state senator who, experts predict will become the GOP’s nominee for the seat.

Though the immigrant-heavy district has been trending purple in recent years, it is an open question as to whether voters will elect a Democrat. George “Buddy” Darden, who left office in 1995, was the last Democrat to represent the district.

Still, Bourdeaux is convinced the odds are in her favor. “I deeply believe in why I’m running,” she said. “I think our elected representatives have lost their line of sight to the people of this district and of the state.”