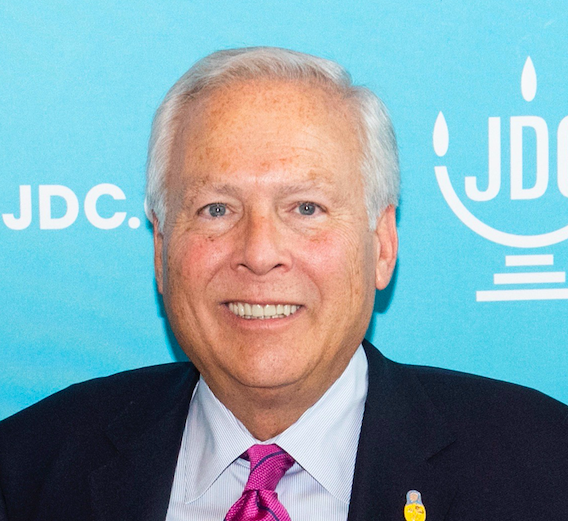 The American Jewish Joint Distribution Committee selected Mark Sisisky as its incoming board chair on Monday, according to a memo sent to staff and board members that was obtained by Jewish Insider. Sisisky’s election follows weeks of disarray and infighting among board members ahead of the annual convening of the organization’s lay leadership.

Sisisky, a retired wealth manager, is the president and chief investment officer of New Dominion of Virginia. The board’s nominee for the role, Sisisky faced an internal challenge from Harvey Schulweis, another longtime board member. Monday’s vote marked the first time in the organization’s 105-year history that a candidate for board president has had his or her bid challenged.

Seventy-four of the 131 votes cast went to Sisisky, with Schulweis taking 54 votes. Three board members formally abstained, and about 40 members of the board did not vote at all.

Last week, Lynn Schusterman, a leading funder of Jewish organizations and projects, sent an email to fellow board members, writing, “I have observed with great dismay the polarization and lack of transparency over the past months” at the organization. “The JDC’s credibility will be at risk if not addressed expeditiously.”

Schusterman said that her confidence in the JDC’s leadership had eroded and as a result, the Charles and Lynn Schusterman Family Foundation would no longer fund a major new project.

“Our foundation was entertaining a proposal for a significant multi-year investment in Entwine’s new growth plan,” Schusterman said in the email, referring to the JDC’s initiative designed to engage young adults. “But under the current circumstances we cannot consider it,” she wrote. “It gives me no pleasure to write this. Personal politics and internal intrigue jeopardize the JDC’s long-term reputation and vital mission. I hope the JDC board will step up soon to insist on better governance, more transparency, and unity for the sake of the organization and the thousands of people it serves around the world.”

Neither Schusterman nor Lisa Eisen, the foundation’s co-president, responded to multiple requests for comment Monday evening.

In a statement released after the vote, Sisisky said, “I now look forward to partnering with my colleagues to continue JDC’s ongoing work addressing critical needs with kindness, excellence, and rigor. Among my priorities as president is to unite us behind JDC’s timeless mission and ensure that our Board, staff and partners set a course for a Jewish future that is bright and strong.”

Among the organization’s priorities in the coming months is the selection of a new executive director. Current JDC CEO David Schizer is set to leave the organization on December 31; Asher Ostrin, the organization’s senior executive for international affairs, will serve as interim CEO until a successor is chosen. A September press release announcing Ostrin’s appointment noted that the search process would be expedited following the board election.

The JDC has one of the largest operating budgets in the Jewish nonprofit space, with an annual budget of $366 million this year. According to public tax documents, Schizer’s annual compensation  in 2017 was more than $900,000.