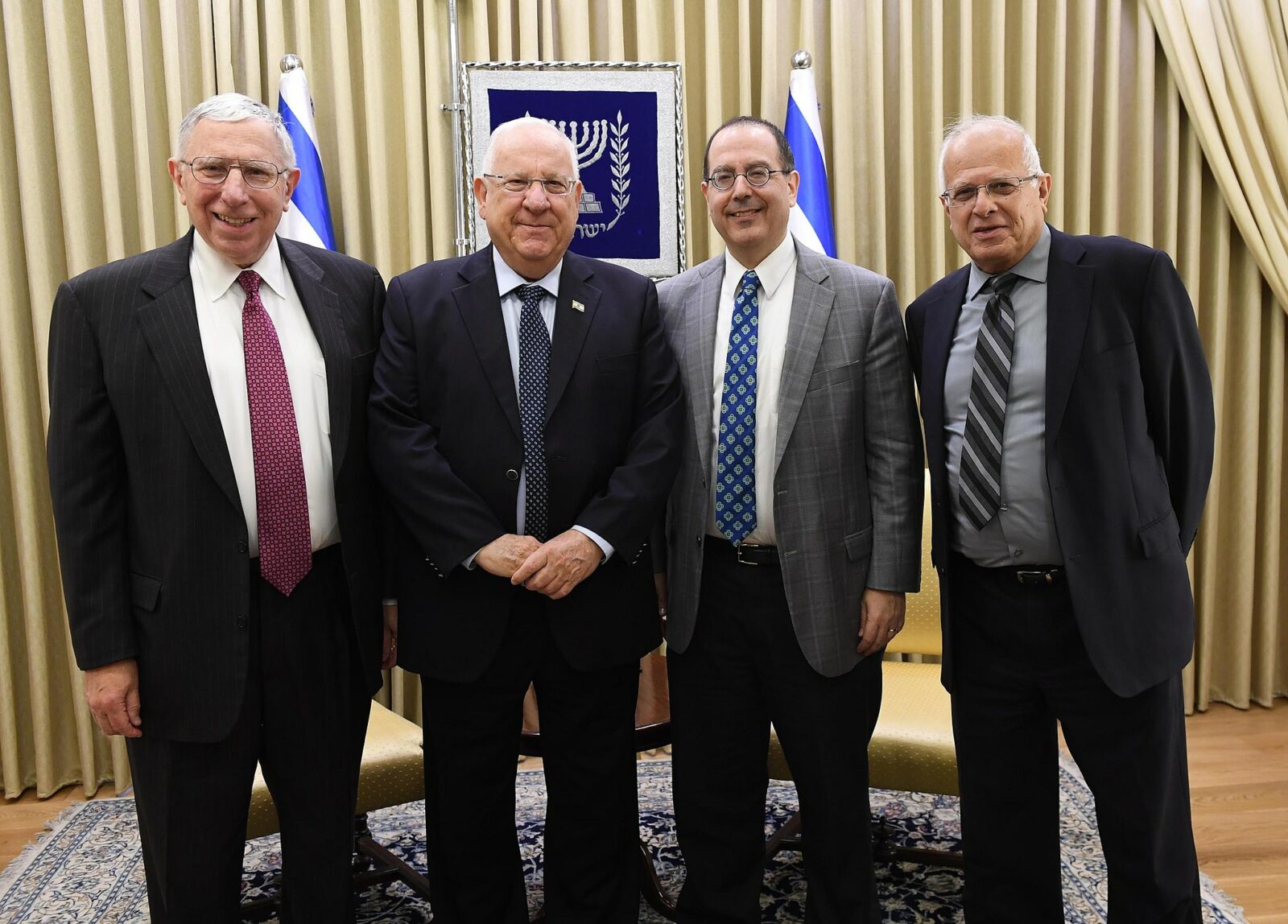 The American Jewish Joint Distribution Committee — popularly known as “The Joint” or JDC — has a historic past. From smuggling tens of thousands of Jews out of Nazi-occupied Europe to sustaining Holocaust survivors in displaced persons camps and aiding in the airlift of Ethiopian Jews to Israel, The Joint has lived up to its tagline of saving Jewish lives.

The organization is enormous by every measure: its $366 million budget, the 55,000 Jews it serves around the world each day, the more than 150 lay leaders who are on its board, and a donor list that includes some of the biggest names in Jewish philanthropy.

Today however, multiple sources within the historic agency say that The Joint is in crisis mode as it struggles with issues of funding, turmoil among its board members and a change in executive leadership.

As several significant funders have scaled back their gifts, a much-needed focus on new fundraising efforts has been disrupted by what multiple lay leaders have described as infighting and a power struggle among board members ahead of next month’s election of a new board president. For the first time in the agency’s 105-year history, a challenger is running against the board’s own nominee for president.

Adding to the turmoil, the current executive vice president and CEO, David Schizer, will depart his post on December 31 without a permanent replacement named.

“We are in a transition period,” Stan Rabin, The Joint’s current board president, told Jewish Insider.

Earlier this year, the board nominated Mark Sisisky, a wealth advisor who has been a JDC board member since 2009, to be the JDC’s next board president. Sisisky’s bid has been challenged by Harvey Schulweis, a real estate investor and longtime board member who reportedly has the backing of several influential supporters and board members. The board will convene on December 9th and 10th to vote on the two candidates.

The surprise board challenge has caused concern among major JDC funders, several of whom Schizer confirmed are withholding donations pending the outcome of next month’s election. With the freeze, planning for some future JDC projects has been on hold, sources say.

“No one knows until after the election” if those donations will come through, said Susan Stern, one of six vice presidents on the JDC’s board. Stern nonetheless insisted, “We’re doing fine.”

Kathy Manning, a longtime JDC board member and former chair of Jewish Federations of North America, told JI that the board fight “is a shame because the needs haven’t changed. The staff is doing really good things. It would be a shame if projects had to be cut or if some needs weren’t met because of the election battle or because funders are choosing to freeze their donations until after the election.”

When Jewish Insider reached out to executives at the Charles and Lynn Schusterman Family Foundation, a major JDC funder, President Lisa Eisen declined an interview, saying, “We believe JDC is an important institution in Jewish life that must stay focused on effectively carrying out its vital work around the world.”

That sentiment was shared by all the JDC board members with whom JI spoke. One, who weighed in on the condition of anonymity, called the fight over the next board president “a destructive and undemocratic process.”

A key figure said by multiple sources to be involved behind the scenes is longtime JDC board member Jacob “Jackie” Schimmel. Though Schimmel is taking a required year-long break from his seat per organizational bylaws, he asked others to run in opposition to Sisisky, and then circulated a petition to gather support for a challenging bid.

A board member speaking on the basis of anonymity said several of the petition’s signatories later indicated they weren’t fully aware of what they were signing. Another board member described the move as “a takeover of the JDC board.”

Schimmel did not respond to multiple requests for comment.  Several board members said that they were instructed by JDC’s top leaders not to speak to press, though several expressed concerns that the internal imbroglio may be impacting The Joint’s effectiveness.

“The organization is at stake. If things keep going in the same direction do you think people like me will continue to give? We have to save this organization,” said one board member, who requested anonymity.

“The board used to be a holy arena where people were focused on The Joint’s mission, and all of a sudden it is turning into an arena where candidates are trying to compete for power and control,” another JDC leader told JI.

Boston-based philanthropist Jay Ruderman co-created Israel Unlimited, a partnership between the Ruderman Family Foundation and the JDC that creates opportunities and advocacy for people in Israel who have disabilities. Ruderman told JI, “Anything that detracts from the organization being successful is something I don’t want to see happen.”

A change in leadership

Adding to the disarray is the question of the organization’s next executive director. Schizer plans to return to Columbia Law School on January 1st, where he was previously dean before moving to JDC. Asher Ostrin, currently The Joint’s senior executive for international affairs, will assume the position of acting CEO upon Schizer’s departure. A press release announcing Ostrin’s new role noted that the board hopes to expedite the search process following the December election.

In an interview with Jewish Insider at the JDC’s headquarters in New York, Schizer said he would have preferred to stay longer at The Joint and cited a prior Columbia Law School dean who remained on the school’s faculty while running a non-profit organization for 18 years. “But the university’s policy changed,” Schizer noted, adding that he was informed “if I wanted to stay [at the JDC] beyond January 1st, I had to give up my tenure.”

Schizer’s time at The Joint has been bumpy. Toward the end of his initial one-year contract, an outside consultant was hired to conduct a performance evaluation of the CEO. That is done “generally only when there is a reason the board is concerned about some aspect of their performance,” said an attorney who works with non-profit organizations similar to the JDC, speaking on condition of anonymity.

The outside consultant’s report was seen only by Rabin, the board’s president, who removed some of its content before sending it to the board’s human resources committee, which did not know that the report had been edited. Rabin told JI that he edited the performance review simply to remove “a few personal comments that were not helpful or constructive.” After reviewing the redacted version, the committee recommended that Schizer be given another contract. When committee members later learned that they had not received the full report, some “were furious and wanted to discuss firing Schizer, but [Rabin] refused,” said the source.

Twenty-five years ago, the network of Jewish federations — now called Jewish Federations of North America — contributed a significant amount of JDC’s budget. That funding has been declining for years, as many federations have pivoted to focus more on local needs. A decade ago, the JDC received $75 million from the Jewish federation system; today it gets $50 million, Schizer said.

The Joint was at one point the largest single grantee of the Baltimore-based Harry and Jeanette Weinberg Foundation, receiving upwards of $14 million annually a decade ago. Today the JDC receives $3 million a year from the foundation, Schizer said, noting the substantial drop.

Even the International Fellowship of Christians & Jews (IFCJ) has reduced its funding to the agency by more than 50 percent. At its peak, that organization provided $13.5 million a year to the JDC. Today The Joint gets about $6 million from IFCJ, Schizer confirmed.

While the JDC has grown the amount raised from its non-core funders from $55 million in 2016 to $82 million last year, “There are millions and millions of dollars that over time we don’t have anymore,” Schizer told JI. In particular, “we face a long-term challenge about how to sustain our program for elderly Jews in the FSU [former Soviet Union],” Schizer said.

The JDC currently provides food and healthcare to 90,000 elderly Jews in the FSU who Schizer described as “desperately poor.” The organization also works to rebuild Jewish life in Eastern Europe where it had previously withered behind the Iron Curtain. That includes running Camp Szarvas, southeast of Budapest, which gives 1,600 young Jews a Jewish education each summer, along with an entrepreneurship hub in Budapest called Mozaik Hub, which seeds projects created by young Jewish adults.

“Some of our funders have been decreasing their funding not out of unhappiness with the JDC but based on their own budgets or changing priorities,” Rabin said.

Growing the number and diversity of JDC funders has become an urgent need, but the organization has been challenged by its ability to grow public awareness of The Joint and its work. The JDC’s work “is an incredible story that hasn’t been told,” largely because “the Joint had to work clandestinely for most of its existence,” Stern told JI.

“The Joint is the best-kept secret in the Jewish community even though we operate in 70 countries and have a large budget,” said Zachary Fasman, chair of the JDC board’s nominating committee. “It’s important that we be relevant to the larger Jewish community.”