Jay Inslee on Jerusalem embassy: I don’t have an answer to that 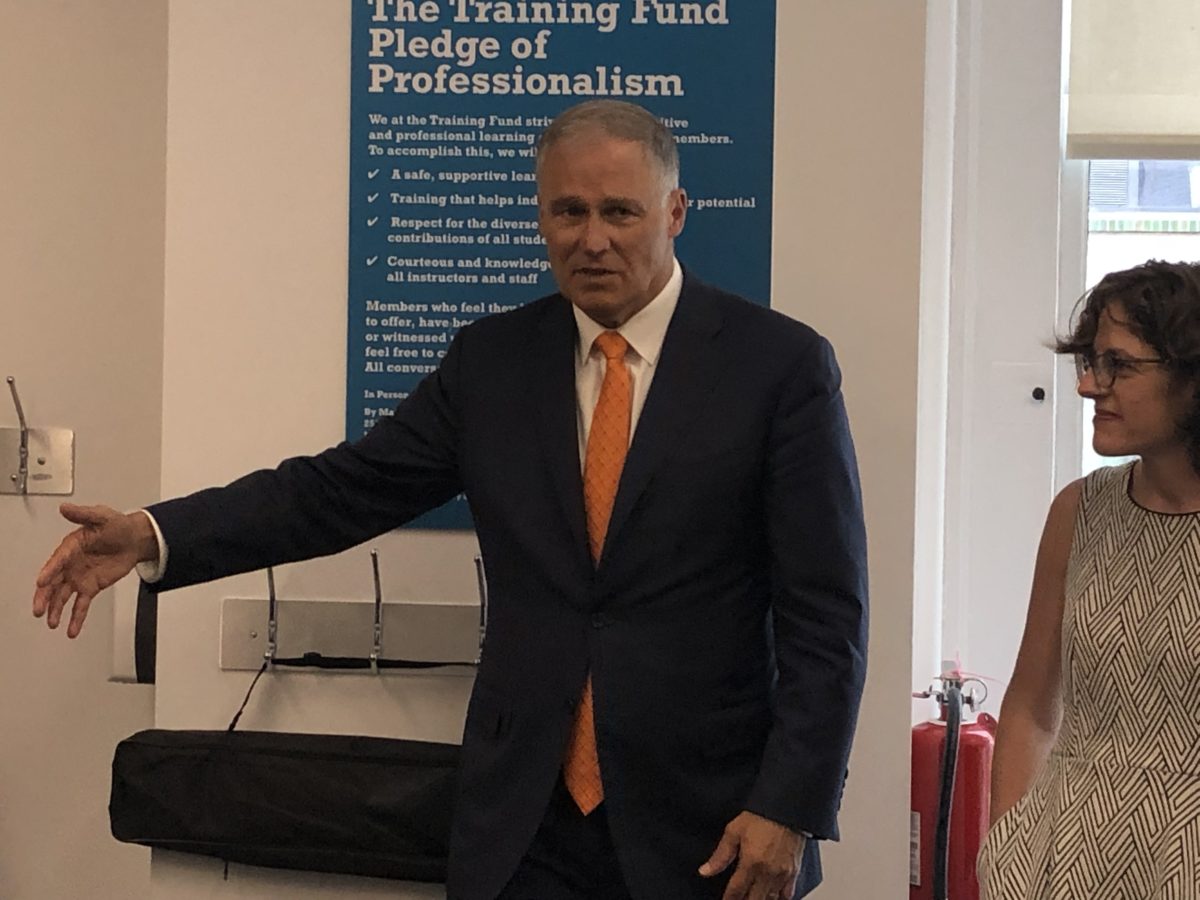 PHILADELPHIA — Washington Governor Jay Inslee became the first major Democratic candidate to express an openness to moving the U.S. embassy in Israel out of Jerusalem on Saturday.

In response to a follow up from Jewish Insider on Saturday about relocating the embassy, Inslee said, “I don’t have an answer to that.”

He added, “I will do whatever is necessary to keep the possibility alive for a two-state solution and I believe that is the ultimate goal along with the preservation for the security of a democratic Israel and I will pursue whatever is appropriate to those goals.”

While the 2017 decision by President Donald Trump to move the American embassy from Tel Aviv to Jerusalem was roundly condemned by Democratic White House hopefuls at the time, those who commented have said they would not reverse it. Senator Amy Klobuchar told Jewish Insider earlier this month “I wouldn’t reverse it” and former Congressman Beto O’Rourke echoed those remarks, telling Jewish Insider  “I don’t know if there’s a lot of sense in reversing it.”

Although there has long been a bipartisan consensus that the embassy should eventually be moved to Jerusalem, concerns were raised that the decision was made unilaterally and not as part of negotiations between Israel and the Palestinians.

Most recently, Andrew Bates, a spokesman for former Vice President Joe Biden, said in a statement first reported by Axios, “Vice President Biden would not move the American embassy back to Tel Aviv. But he would re-open our consulate in East Jerusalem to engage the Palestinians.”

One minor candidate, former Congressman Joe Sestak of Pennsylvania, has said “We need to move the embassy back out of Jerusalem.” However, he added that decision would be “with the understanding that, ultimately, I believe we need to have the capital be there.” Sestak has not qualified for any debates and only launched his campaign in late June.