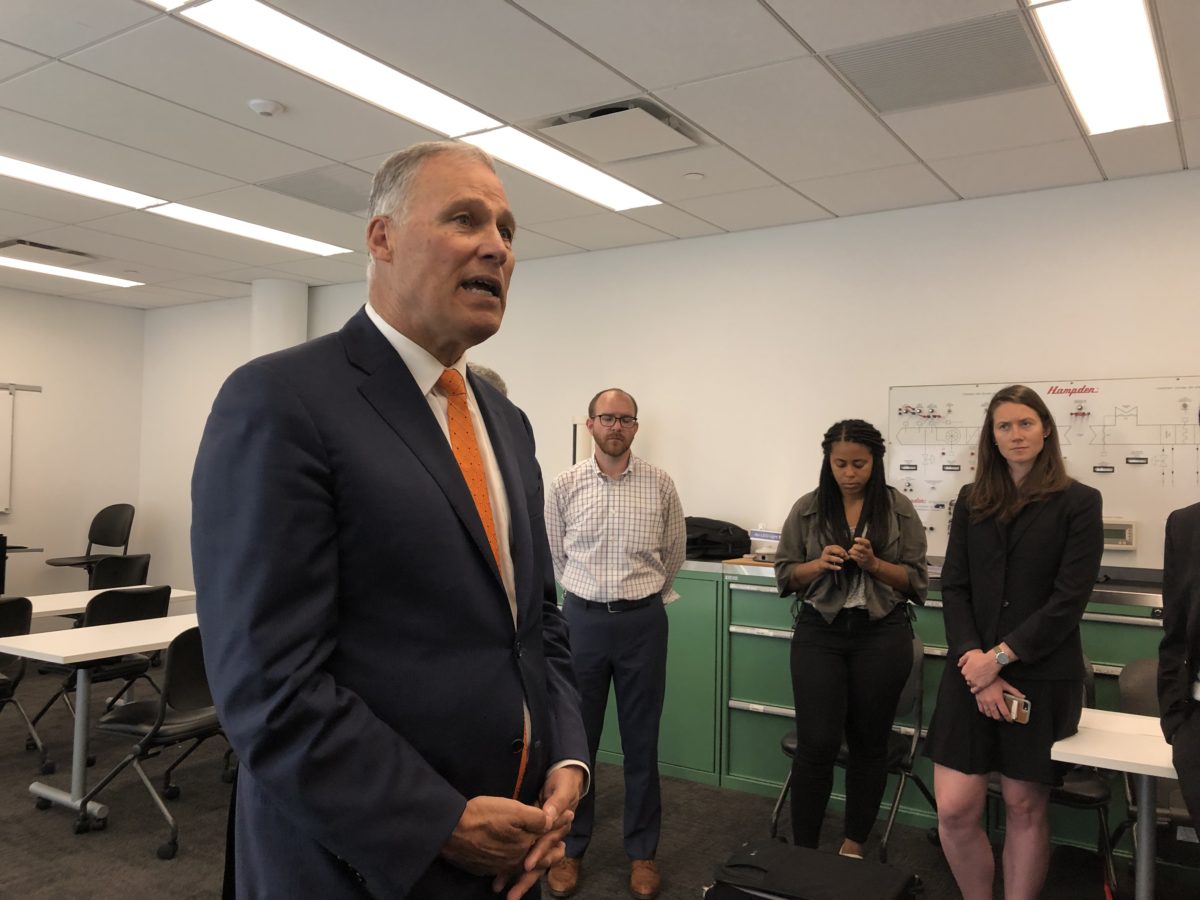 NEW YORK — Washington Governor Jay Inslee told Jewish Insider on Thursday that his only pre-condition to re-entering the 2015 nuclear deal with Iran is removing President Donald Trump from office.

“We need to remove Donald Trump. That’s the pre-condition for progress in this regard, and I’m dedicated to that,” Inslee told JI after touring a green building training program at SEIU 32BJ, a labor union in New York City.

By withdrawing from the Joint Comprehensive Plan of Action, the Iran deal, Trump has “opened up the door to the nuclearization of Iran,” he further charged. “He’s personally responsible for this, not the United States of America.”

Inslee refused to say whether he’d reverse or accept Trump’s decision to move the U.S. embassy in Israel to Jerusalem, but stressed that he’s committed to “do everything possible to create a two-state solution in a peaceful region.”