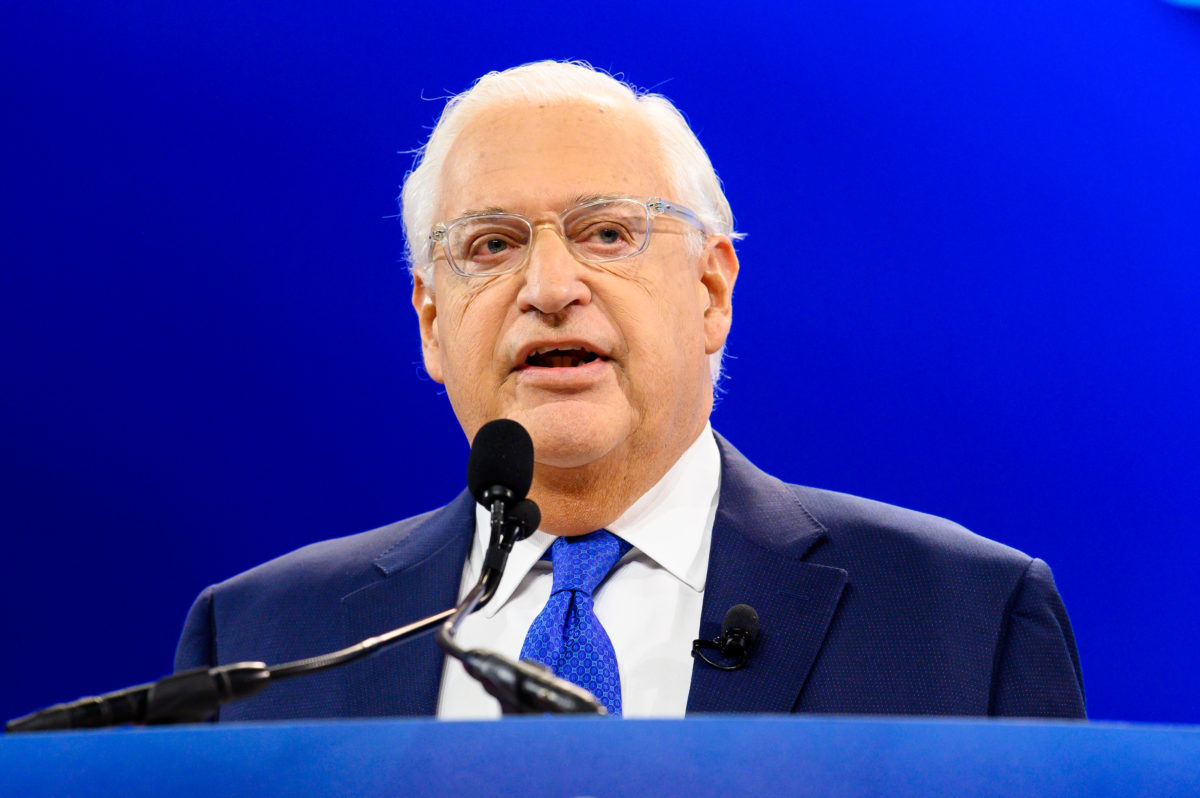 How do you turn a declaration signed by Middle East leaders on the White House lawn into a tangible and solid foundation for regional peace? David Friedman, America’s former ambassador to Israel who helped craft last year’s Abraham Accords between Israel and four Muslim-majority countries, believes the answer lies in the golden stones of Jerusalem.

On Monday evening, Friedman, who served as the Trump administration’s ambassador to Israel, will inaugurate his new nonprofit, The Friedman Center for Peace through Strength. Its aim: to place the holy but often contentious city at the forefront of the normalization agreements Israel signed with the United Arab Emirates, Bahrain, Sudan and Morocco by boosting Muslim tourism to Jerusalem.

“I think there’s an opportunity, through the Abraham Accords, to really expose Jerusalem to the Muslim world in a way that hasn’t been done before,” Friedman told Jewish Insider during an interview from his Jerusalem home last week.

His plan is an ambitious one. The Muslim world is steadfastly reluctant to recognize Israel’s sovereignty over all of Jerusalem, but Friedman said he is driven, in part, by a desire to correct a “perception among Muslims that Israel or the Jewish people are not hospitable or respectful” of Islam’s third holiest site, the al-Aqsa Mosque, which sits in the heart of the Old City. He also pointed out that only a fraction of the world’s two billion Muslims has ever visited Jerusalem or the mosque.

“They’re reliant upon news stories that often come from bias sources like Al Jazeera and there is this sense of discomfort — as you would expect anyone to have if you think another country is disrespecting your third holiest religious site,” said Friedman, who would like to see a shift in the conflict from the religious to the political. “Religious conflicts are dangerous, they foment extremism and lead to violence, but political conflicts, by and large, can be managed and resolved or at least be held in check.”

Friedman’s goal is to encourage Muslim visitors —  thought leaders, business leaders and political leaders —  to come and see Jerusalem with their own eyes and, he says, to witness the very opposite of what they’ve been told up until now, “that Israel does a very good job of promoting religious tolerance and respecting the religious faiths of others,” he told JI.

“I think there’s a story here that’s not told,” Friedman continued, “Nobody’s perfect and there’s always room for improvement, but I think Israel does a very good job protecting the Islamic holy sites, the Christian holy sites and of course, the Jewish holy sites… I believe that properly presented, the story of how Israel protects Muslim holy sites is the secret sauce that can really end the Israeli-Arab conflict.”

His inspiration, says Friedman, whose father was a rabbi, comes from the Bible — in particular, a verse from Isaiah 2:4 that is inscribed on the wall facing the United Nations headquarters in his native New York: “They shall beat their swords into plowshares, and their spears into pruning hooks; nation shall not lift up sword against nation, neither shall they learn war anymore.”

“What is the paradigm of peace that essentially the entire world accepts?” asked Friedman, reciting the passage in Hebrew. “Isaiah’s vision, that nation will not lift up sword against nation and will not study war anymore, is the end product, but he also gives you a recipe for how to get there in the same verse and the prior verse, that the nations of the world will come to Jerusalem. Why will they come to Jerusalem? Because Jerusalem is the wellspring of all the values that the religious world holds dear and what will happen when they get there? Isaiah goes on to say that G-d will resolve their differences.”

Friedman calls it a “2,800-year-old vision” that still resonates with all the religions that recognize Isaiah as a prophet. He also says it’s a “logical extension” of moving the U.S. embassy from Tel Aviv to Jerusalem in 2018, a step he facilitated for former President Donald Trump.

“I am very proud of what we did,” declared Friedman, whose office is filled with a mix of religious books and memorabilia from his nearly four years in diplomatic office.

“My idea is to make Jerusalem, which means ‘city of peace,’ worthy of its name and for Jerusalem to be part of the solution, not the problem,” he said. “People talk about commerce, trade and tourism and all those things, and, of course, that flow is from good relations. But by reducing or eliminating religious conflict, I think you really are able to build trust, and trust is what will drive these Accords to expand and to grow.”

Among those set to attend the opening ceremony of his institute on Monday will be Friedman’s former colleagues Jared Kushner, who served as a senior advisor to the former president; Ivanka Trump; former U.S. Treasury Secretary Steven Mnuchin and former U.S. Secretary of State Mike Pompeo, who will receive an award. Also slated to make an appearance is the president of FIFA, the world soccer association, Gianni Infantino, who is visiting Israel for the first time at Friedman’s invitation.

The new institute will also screen the world premiere of a five-part documentary about the agreements aptly titled “The Abraham Accords.” Co-produced by Friedman and the Trinity Broadcasting Network, the film “records the voices of all the players involved,” Friedman told JI, reeling off a list of who’s who from Trump’s inner circle, including the former president himself, as well as former Israeli Prime Minister Benjamin Netanyahu, Israel’s former Foreign Minister Gabi Ashkenazi and former Israeli Ambassador to the United States Ron Dermer. Leaders from the other states involved in the Accords are also featured.

Friedman is hopeful that other countries will soon join the Accords. “I no longer have any influence, but [President Joe] Biden has said many times that he supports this, as has [Secretary of State Tony] Blinken; they’ve all been very positive,” said Friedman. “This is the one consensus thing between the administrations, but they have just been moving very slow.”

If the Accords are to be expanded —  Friedman declined to give any clue as to which country he thought might be next to join —  he said that “it will require the United States of America to take a more active role.”

“What you need is a strong America, working with a strong Israel, working with strong nations in the Gulf that have common values and common interests,” Friedman surmised. “It’s all there but they’ve all got to remain strong.”