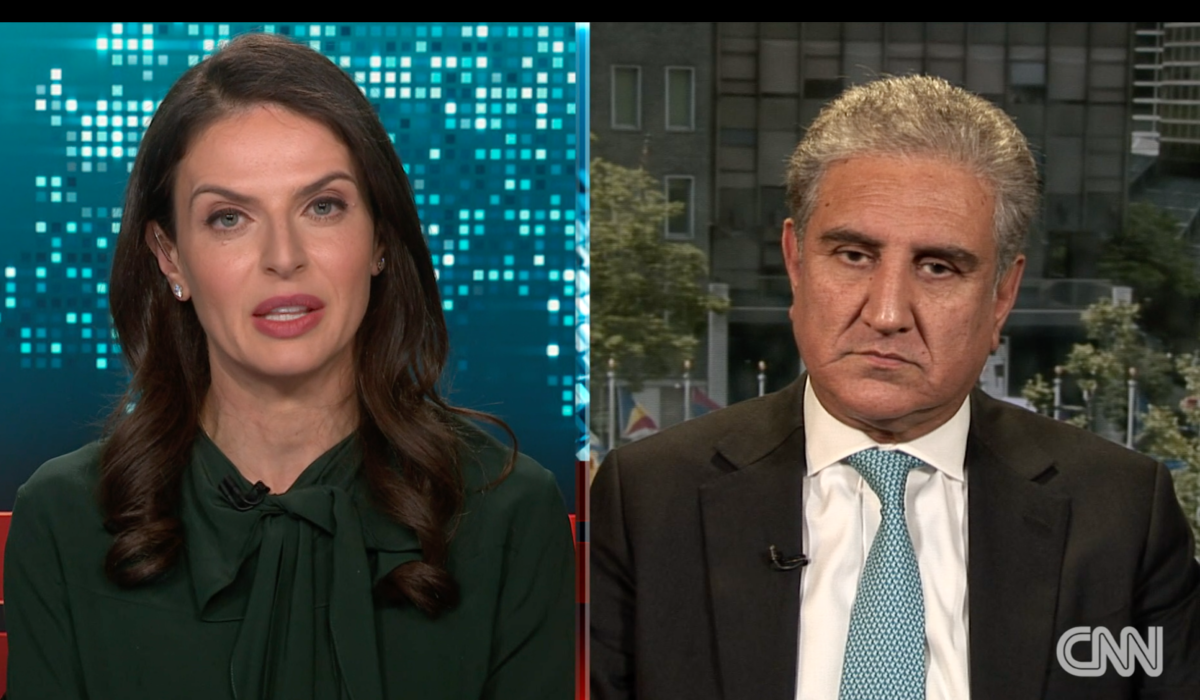 A CNN anchor shut down comments made by Pakistani Foreign Minister Shah Mahmood Qureshi, who alleged in an interview on Thursday that Israel has “connections” to “deep pockets” that “control media.”

Qureshi made the claims to CNN anchor Bianna Golodryga, who responded, “I would call that an antisemitic remark.” Qureshi initially brushed off Golodryga’s comments, saying, “The point is they have a lot of influence and they get a lot of coverage.”

When Golodryga — who is Jewish — later urged Qureshi at the conclusion of the interview to avoid using antisemitic tropes he responded, “I have never been antisemitic and I never will be.”

The interview was intended to focus on efforts to establish a cease-fire between Israel and Hamas, but was derailed when Qureshi “began the interview by invoking an anti-Semitic slur,” Golodryga tweeted later Thursday.

Mehdi Hasan, an MSNBC anchor who has been vocal in defense of Palestinians during the recent conflict, spoke out in support of Golodryga’s characterization of Qureshi’s comments.

“I see some people trying to defend the Pakistani foreign minister’s remarks as anti-Israeli & not anti-Semitic but let’s be clear: if you are accusing Israelis of having ‘deep pockets’ and ‘controlling’ the media, then yeah, you’re invoking some pretty anti-Semitic slurs,” Hasan tweeted.

Earlier this week, the State Department condemned remarks by Turkish President Recep Tayyip Erdogan, who said Israelis are “only satisfied when sucking blood.” The House Antisemitism Task Force said in a statement on Thursday that Erdogan’s comments “are tantamount to blood libel against the Jewish people” and that they “fuel the dangerous rise in global antisemitism and increase the threat to the Jewish community.”

Golodryga also questioned Qureshi on China’s treatment of its Uyghur Muslim community, which many describe as a genocide, in light of Pakistan’s loud outcry on Gaza.

“China is a very good friend of Pakistan,” Qureshi responded. “They’ve stood by us through thick and thin. And we have means of communication and we use our diplomatic channels — we do not discuss everything in public.”