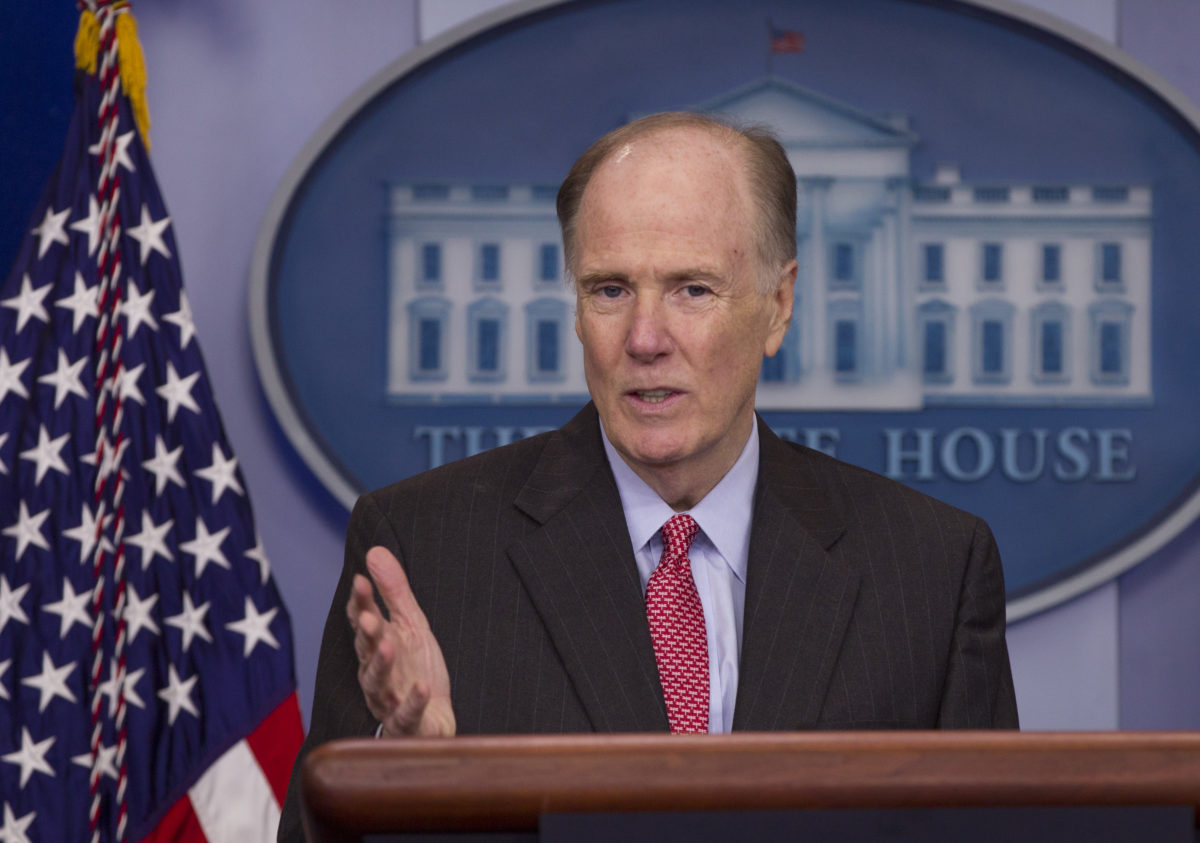 National Security Adviser Tom Donilon speaks during the daily news briefing at the White House in Washington on Thursday, May 17, 2012.

BlackRock Investment Institute Chairman Thomas Donilon, who served as national security advisor under President Barack Obama from 2010-2013, reflected on leadership lessons from his career in politics and government during a recent virtual event hosted by the Council on Foreign Relations.

Donilon’s ties to the Biden administration run deep. His wife, Cathy Russell, was chief of staff to now-First Lady Jill Biden during the first term of the Obama administration and currently serves as director of the White House Presidential Personnel Office. His daughter, Sarah, worked on the Commerce Department’s review team during the Biden transition. Donilon’s brother Mike is a senior White House advisor to President Joe Biden and was one of the key architects of Biden’s successful 2020 campaign.

At the CFR event, moderator Richard Haass asked Donilon, who also worked in the Carter and Clinton administrations, which world leader had made the biggest impression on him in his years of government service.

After deflecting for a moment, Donilon named former Israeli Prime Minister Yitzhak Rabin. ”There was something special about the man,” Donilon said of Rabin. “He had this combination of humility. He was a quiet person, as you know, you spent time with him in and out of the office, in kind of the off hours. He was a very modest person living in a very modest lifestyle, right. But he also had, it was combined with a kind of steel in him.”

Donilon noted that in his 40-year career he had met with many world leaders, but the former Israeli prime minister “had the biggest kind of intangible effect or presence in a room of any of the leaders that I’ve had the good fortune to deal with… he was a type of leader that you rarely see, right? He didn’t seem worried 24 hours a day about his political outlook, but rather focused on the big things.”

Haass added that Rabin’s assassination by a far-right extremist in 1995 had a devastating effect on the peace process that had come to define the first half of the decade. “Often history would have turned out [in] similar ways if people had or had not been assassinated. I actually think his assassination may have fundamentally changed history for the worst in significant ways.”

Six months ago, Rep. Alexandria Ocasio-Cortez (D-NY) received backlash from the Jewish community after pulling out of an event hosted by Americans for Peace Now to mark the 25th anniversary of Rabin’s assassination following critical comments from far-left activists regarding the late Israeli leader.