On Saturday, voters in Texas’s 6th congressional district in the outskirts of the Dallas-Fort Worth area will narrow down the field of nearly two dozen candidates vying to replace Rep. Ron Wright (R-TX), who died of COVID-19 in early February. With such a large field in the special election, a final resolution to the race is not likely on Saturday, and a runoff between the top two finishers is all but assured.

On Monday, former President Trump shook up the race with a last-minute endorsement of Susan Wright, a local GOP operative and the widow of the late congressman, a major blow to former Health and Human Services Chief of Staff Brian Harrison. Trump ramped up his involvement later in the week with a virtual town hall for Wright’s campaign on Thursday. Harrison, who had been seen as a strong Republican competitor, has played up his role in the Trump administration in an effort to attract the former president’s supporters.

Trump’s endorsement of Wright was also a further blow to Dan Rodimer, a former World Wrestling Entertainment performer. Rodimer, already largely a sideshow in this race, had been boasting that he received Trump’s support in a 2020 congressional race in Nevada’s 3rd congressional district.

On Wednesday, the conservative Club for Growth also formally lent its muscle to Wright’s campaign, announcing it was endorsing her and launching a radio ad touting Trump’s endorsement. The group had already been involved in the race, running attack ads against Republican State Rep. Jake Ellzey, who is also in the race.

It’s unclear, however, how much of an impact this last-minute push for Wright will actually have on the race, due in part to the large number of people who cast their ballots before early voting ended on Tuesday. The early votes are expected to constitute a majority of the total vote in the election — potentially up to 75% of the overall ballots, according to Mark Jones, a political science fellow at Rice University.

Even so, argued Matthew Wilson, a professor of political science at Southern Methodist University, Trump’s endorsement will likely prove to be a boon to Wright on election day.

“Republican voters tend to like to vote on election day. Republicans tend to bank a lower share of their vote in the early voting than Democrats do,” he said. “An endorsement this late in the game on the Republican side is more helpful than it would have been on the Democratic side.” 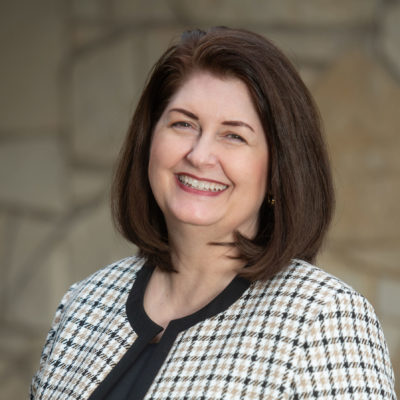 In Texas special election, a congressman’s widow fights for his seat

Although several GOP candidates in the race were actively vying for Trump’s attention and support, local analysts say the former president’s endorsement is likely more reflective of the fact that Wright has been seen as a serious contender rather than of political dynamics within the race or the Republican Party.

“Trump is very concerned that his batting average be as high as possible,” said Cal Jillson, a political science professor at SMU. “Trump would not be reluctant to endorse the person he already thought was going to win. So it wouldn’t be the endorsement that put Susan Wright over the top. It would be Trump’s recognition that she was likely to be the Republican nominee and you pick up an easy win.”

Wilson added, “The presence of the widow of the deceased congressman potentially blunts and muddies a little bit this sort of Trump versus anti-Trump factional dispute within the Republican Party.”

Polling in the race has been mostly consistent, showing Wright and Democratic organizer and former journalist Jana Lynne Sanchez several percentage points ahead of the rest of the pack. But with so many candidates and relatively low margins, local experts remain somewhat divided over how Saturday’s results will pan out.

“There will be a June runoff. There is no doubt about that. The doubt is primarily related to who is in that runoff competing against Susan Wright,” Jones said. To avoid a runoff, a candidate needs to garner 50% of the vote.

Each of the candidates falls largely within the mainstream of their parties — Wright, Sanchez and Bean all told JI in March that COVID-19 relief would be among their top issues. Ellzey is focused on border security, the Biden administration’s cancellation of the Keystone XL pipeline and a planned high-speed rail project through the district. According to her campaign site, Lassiter will focus on issues like COVID-19 recovery, expanding Medicare, improving schools and reforming the immigration system.

Ahead of Trump’s endorsement, Harrison had picked up steam using his significant fundraising war chest — he raised nearly $650,000 as of early April. He was also the only candidate in the race running campaign advertisements on television.

“The Trump last-minute endorsement of Wright really took the wind out of Harris’s sails because any attempt to claim he was the true Trump candidate… evaporated once President Trump endorsed Wright,” Jones said.

Ellzey was also buoyed by strong fundraising — more than $500,00 total, plus strong support from the Republican establishment in his home county. Republicans, including Club for Growth and Wright’s campaign, have sought to cast him as an anti-Trumper — a distinction that might ultimately prove to be a boon to Ellzey in a potential runoff.

“The Wright campaign is very worried about getting in a runoff with Ellzey because Wright herself is not a particularly strong candidate.” Jones said. “In a head-to-head race, I think their belief is that Ellzey is a better quality candidate… In a runoff, he would be able to get a lot of Republican votes, but then some Democrats would vote for him simply because he wasn’t Wright.”

“Most Republicans take Trump very seriously,” he said. “I don’t think that leaves enough Republican voters who might appreciate that little bit of independence [from Trump] that you see from Ellzey enough to make it competitive.”

Wilson added that most Democrats would likely stay home for a two-Republican runoff race, rather than turning out to vote for Ellzey in sufficient numbers to boost him over Wright.

Wright’s fundraising operation has been comparatively weak. She raised $286,000, placing her sixth in total fundraising. Her biggest strengths have been local name recognition and connections — she’s been involved in local politics for a long time, separately from her husband’s congressional service — and the traditional advantage of being the widow of a deceased representative, according to Texas politicos.

On the Democratic side, Sanchez has been working to lock down enough of the Democratic vote to propel her into a runoff. According to Jones, Lassiter, who is Black, may be the biggest Democratic threat to Sanchez’s shot at a runoff slot should she secure the majority of the Black vote in the district. Lassiter also outraised Sanchez by more than $30,000.

“About one-fifth of the voters in [the district] are African American, and [Lassiter is] the one viable African-American candidate,” Jones said. “If she can ramp up African-American turnout and get most of that vote, then that could propel her into the runoff.”

Wilson is more skeptical of such a scenario. He believes that a strong showing among Black voters for Lassiter would not be sufficient to make the runoff, but could potentially help launch Ellzey ahead of Sanchez and into the runoff.

Wilson sees Bean as the greatest threat to Sanchez from the Democratic side, and Sanchez’s attacks on Bean may reflect that she shares a similar view.

“I think Sanchez believes she competes for votes with Bean, whereas Lassiter’s threat to Sanchez is that she overwhelmingly mobilizes African Americans to turnout and vote for her, so you don’t want to attack her because that’s just going to draw attention to her,” Jones said. “Sanchez is worried about Bean drawing off a sufficiently large number of her voters such that Ellzey or Lassiter is able to leapfrog her and get into the runoff against Wright.”

Should a Democrat make the runoff, they’re likely to be able to put up a good fight in the district, which has been trending increasingly towards Democrats in recent years. However it remains majority-Republican, and it’s likely that most of this maneuvering will be largely moot.

“I think it remains the case that the grieving widow is the most likely candidate to emerge at the end of the day — that Susan Wright would have to be regarded as a favorite to win the seat,” Wilson said.