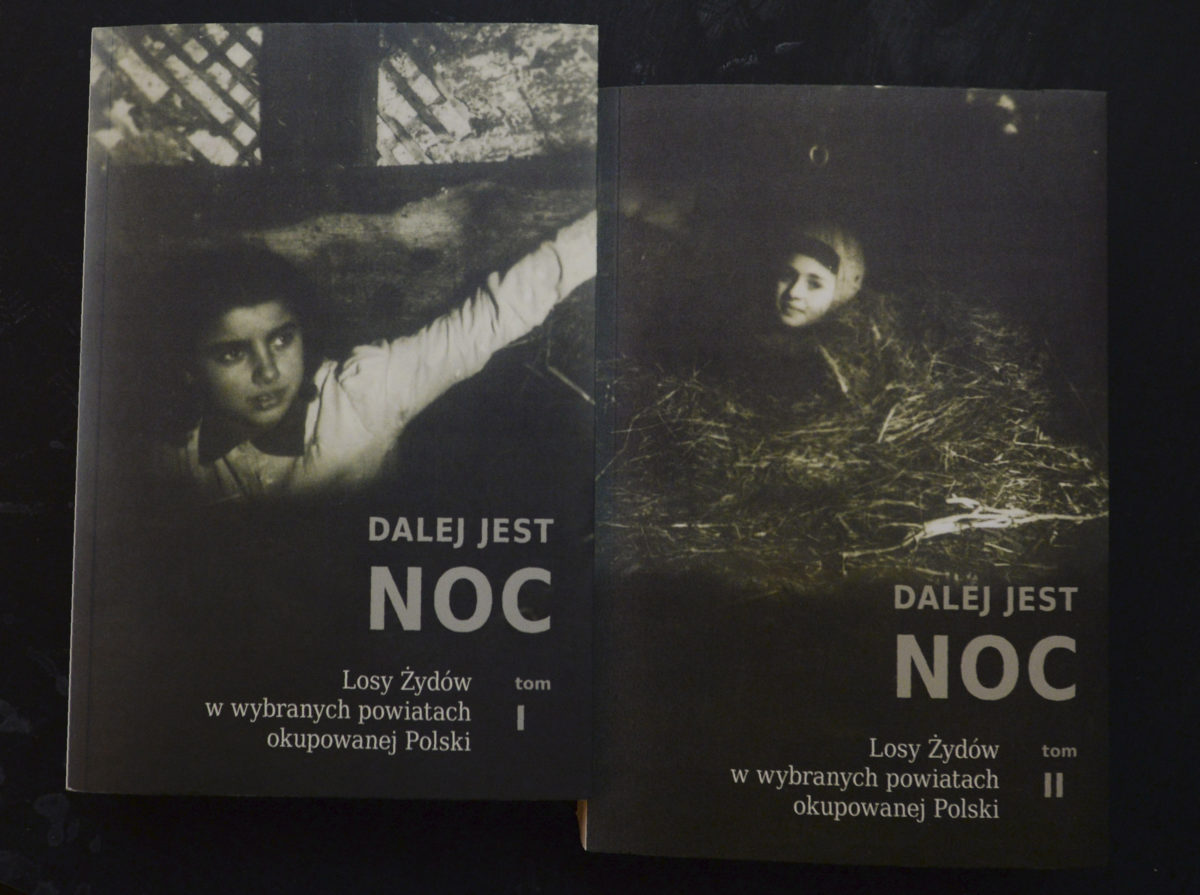 Copies of "Night Without End: The Fate of Jews in Selected Counties of Occupied Poland," are shown for sale in a bookstore at the Jewish Historical Institute in Warsaw, Poland, on Feb. 9, 2021.

A Polish court ruling on Tuesday calling on two Holocaust historians to apologize for their work under the country’s new libel law has raised concerns among other historians and researchers, as well as human rights groups.

Barbara Engelking and Jan Grabowski were ordered by a Polish judge to issue a written apology to the niece of a man mentioned in Night Without End: The Fate of Jews in Selected Counties of Occupied Poland, which Engelking and Grabowski co-edited. Filomena Leszczynska, who pursued the lawsuit with the help of a government-funded NGO, the Polish League Against Defamation, argued that Engelking and Grabowski published inaccurate details about her uncle’s wartime activities.

In the book, the historians included testimony from a Holocaust survivor who said that Leszczynska’s uncle had robbed them and had also been involved in the deaths of 18 Jews near the village of Malinowo. Leszczynska insisted that her uncle, who was acquitted of complicity in the murders in 1950, had saved Jews during the Holocaust.

The case is the first to be tried under a new Polish law, enacted in 2018, that criminalizes any effort to accuse the country or its citizens of complicity in the Holocaust. Individuals who ran afoul of the law risked up to three years in prison until the law’s criminal provisions were walked back following an international outcry.

Mark Weitzman, director of political affairs at the Simon Wiesenthal Center, expressed concern that the ruling would discourage future efforts by academics and historians in Poland to study the country’s recent history.

“I’m concerned that this is the message that’s going to go to the Ph.D. student who’s just looking for a topic to write about and goes, ‘Why am I going to even touch this when everything I do could get me in trouble here?’ or the history teacher in a local town, who was planning on assigning their high school students to do a history of the town during World War II,” he told JI. “So there is, I think, an incredible chilling effect there.”

Weitzman continued, “It also has the effect of converting what should be going on. It puts the scholars and researchers and survivors into the dock and makes them the defendants instead of the people who collaborated or are accused of collaboration.”

He noted that the new ruling sets a precedent for several other libel cases that are working their way through Poland’s court system.

“By the court not throwing it out totally, even though there was no fine attached to [the ruling] and they don’t have to pay any money, it’s still a green light to proceed with other cases,” Weitzman added. “That is a chilling effect.”

Engelking and Grabowski plan to appeal the verdict.