Rosenwald would become the first Jewish American to be honored with a U.S. national park 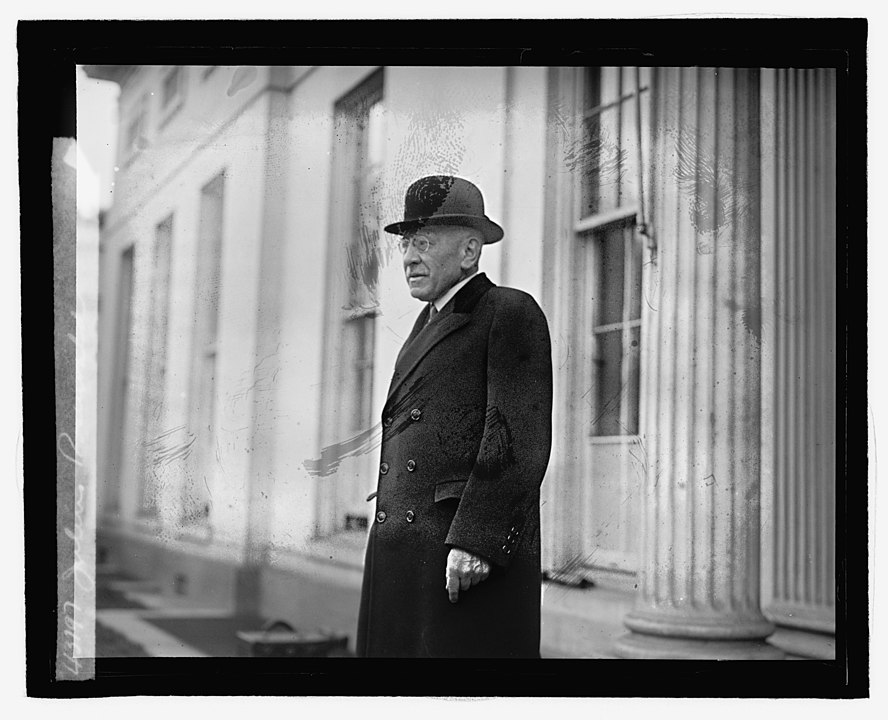 How should Congress memorialize one of America’s greatest Jewish philanthropists? With a national park, according to new legislation. A bill which passed Congress Monday afternoon would kickstart the process of creating a national park dedicated to Julius Rosenwald, the former chairman of Sears, Roebuck and Co. and a prolific philanthropist in the early 20th century.

In collaboration with famed educator Booker T. Washington, Rosenwald spent millions of dollars to fund the construction of more than 5,000 schools for Black communities throughout the South beginning in 1910. The schools educated hundreds of thousands of Black Americans, including poet and activist Maya Angelou and the late Rep. John Lewis (D-GA). Rosenwald was also one of the founders of the organization that became Chicago’s Jewish United Fund (JUF).

Should the president sign it into law, the bill would require the National Parks Service to examine creating a national park honoring Rosenwald, including a museum in Chicago — Rosenwald’s home city — chronicling the businessman’s life, and satellite sites at several of the remaining schools he financed throughout the South.

Dorothy Canter, president of the Julius Rosenwald & Rosenwald Schools National Historic Park Campaign, said she first learned about Rosenwald and his philanthropic work — as well as his success at Sears — from the 2015 documentary “Rosenwald,” directed by award-winning filmmaker Aviva Kempner.

Canter, who described herself to JI as a “national parks fanatic,” said she then discovered that there are currently no national parks dedicated to Jewish Americans.

“This was a story that needed to be told,” Canter said.

After Canter conceived of the Rosenwald park concept, she worked with the National Parks Conservation Association — with which she is also deeply involved — and the National Trust for Historic Preservation to begin building the campaign and researching which Rosenwald schools were the best preserved.

They next approached legislators from the Illinois delegation to push the introduction of legislation to honor Rosenwald, according to Steve Nasatir, a former president of JUF and a member of the campaign’s advisory board.

Davis told JI on Friday that his connection to Rosenwald runs deep, including a stint as a clerk in the Sears flagship store in Chicago.

“When we were approached relative to this bill it was an automatic,” Davis said. “Julius Rosenwald has not gotten the kind of recognition that he is due, period… The reason it means so much to me is I grew up in rural America. I know the history of these communities that didn’t have a school.”

“If there was ever an individual who deserved [this], not for himself — because… he wasn’t that kind of guy — but for what it has meant and what it means and what he has done for America and the world,” Davis added.

Davis caused a stir in the Jewish community in March 2018, when he praised Nation of Islam leader Louis Farrakhan and dismissed Farrakhan’s antisemitic rhetoric. Those comments led J Street to consider pulling its endorsement of Davis — although the congressman later condemned Farrakhan’s statements about Jews and Judaism.

Some of Rosenwald’s descendants are hesitant about the park project, arguing that Rosenwald strongly eschewed personal fame and recognition for his philanthropic works during his lifetime.

David Stern, one of Rosenwald’s great-grandchildren, said he has mixed feelings about the project and has remained uninvolved in the campaign because the Rosenwald descendants “have never really been into legacy, into institutional memories. We don’t believe in building the buildings and naming them after people, things like that. So there’s something a little inconsistent about this with our general philosophy.”

But he also noted that Rosenwald’s legacy of supporting the Black community is worthy of acknowledgement and has inspired philanthropy in others, pointing to columnist Courtland Milloy’s recent Washington Post article touting the Rosenwald schools as a model for improving Black community education in a post-pandemic world.

Stern added that, in an early discussion with Canter, he was skeptical that the project would even make it off the ground.

“I really thought it was never going to happen,” he said. “I’ve been watching her with incredible admiration at the speed and ability to move this along as quickly as she has.”

Rosenwald’s grandson Peter Ascoli, who wrote a biography about his grandfather, called the project a positive step honoring Jewish Americans and an important part of Black history, but said that he’d be more comfortable if it was funded by private sources, rather than the National Parks Service’s already-strained resources.

Canter told JI that when she first met Ascoli in 2016, he told her that Rosenwald would not have approved of the campaign.

“My response was that this is bigger than [Rosenwald]; this is the story of the son of German Jewish immigrants who did not finish high school but used his tremendous business acumen to catapult Sears, Roebuck into the predominant retailing powerhouse of the early 20th century… and then used his vast resources to help others in need to gain a foothold on the American dream,” Canter told JI.

Ascoli is now a member of the Rosenwald Park Campaign’s advisory council.

Stephanie Deutsch, who is married to another of Rosenwald’s great-grandsons, agreed.

“He had two things that kind of propelled his work. One was the Jewish idea of tzedakah [charity] and giving,” said Deutsch, who also wrote a biography about Rosenwald’s work and is a member of the campaign’s board. “And then his sense of identification… he said ‘as a member of a persecuted minority,’ he being Jewish, identified with African Americans. So I see the park as something really exciting. And it tells a story that’s so important and significant, but it’s largely not known today. So I think it’s about more than honoring a person.”