Week 6 of Zoom events — who is watching what? 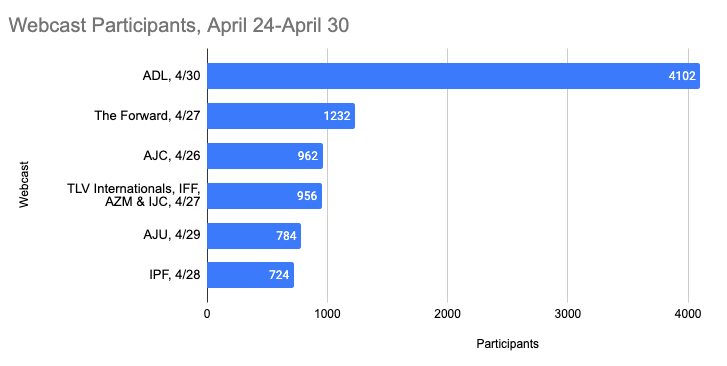 As in-person convenings across the country have been rendered impossible due to the coronavirus pandemic, organizations have taken to the internet to connect with supporters and expand their reach. Since the start of the pandemic, Jewish Insider has compiled statistics, released weekly, on the webinars and online events being held across the community.

This week’s conversations covered a range of issues, but many focused on the looming possibility of annexation come summer, should Israeli Prime Minister Benjamin Netanyahu form a government and receive a green light from Washington, both of which remain up in the air. Some events, held earlier this week, commemorated Yom Hazikaron and celebrated Yom Haatzmaut, while others focused on the challenges posed by the coronavirus in the weeks and months ahead.