Netanyahu appoints Erdan as next ambassador to U.N. and U.S.

Outgoing Likud minister will replace Dermer after the U.S. election in November 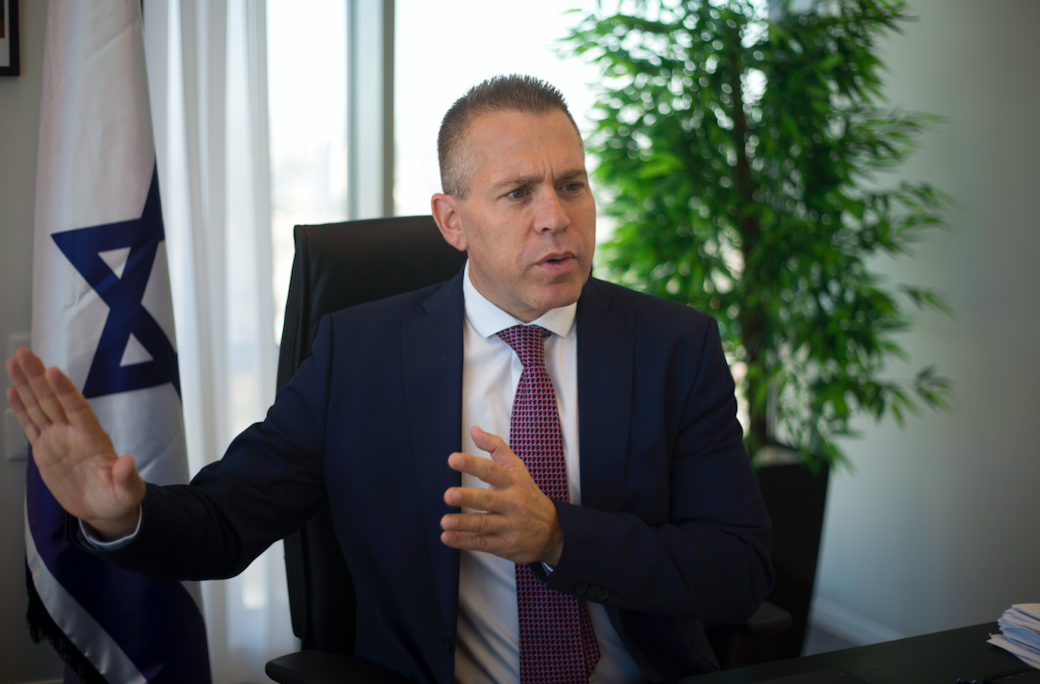 Gilad Erdan, Israel’s outgoing public security minister and strategic affairs minister, has been appointed to serve as Israel’s next ambassador to the U.N.

Details: Erdan, one of the senior members of the Likud Party, will replace Ambassador Danny Danon, whose four-year term was extended twice due to Israel’s year-long political stalemate. Erdan will also replace Ambassador to Washington Ron Dermer when he ends his extended term in the fall, following the U.S. election, the prime minister’s office announced.

Background: According to the rotation deal signed between Prime Minister Benjamin Netanyahu and Blue and White leader Benny Gantz, when Gantz becomes prime minister in late 2021, he can replace Netanyahu’s selected ambassador to the U.S., but not the country’s envoy to the U.N. Under the arrangement, Erdan could potentially only serve as the ambassador to Washington for one year.

Dividing up: The unity government deal provided Blue and White with a significant chunk of the available ministerships, leaving Netanyahu with only a handful of portfolios to offer to the senior members of his current outgoing cabinet. Erdan, who visited the U.S. last year to meet with American Jewish community leaders and is proficient in English, decided to take the offer to serve as Israel’s senior diplomat over a relatively reduced role in the next cabinet.

Flashback: As strategic affairs minister, Erdan has overseen Israel’s efforts to fight BDS, including publishing a blacklist of groups and individuals barred from entering the country due to their ties to the boycott movement. In August, Erdan was the official who signed off on banning Reps. Ilhan Omar (D-MN) and Rashida Tlaib (D-MI) from visiting Israel on a trip organized by the NGO Miftah, which has expressed support for the BDS movement.

Ready for the challenge: “I am proud and excited for the privilege of fighting for our justice on the international stage,” Erdan said Monday evening, “and protecting Israel against the challenges expected in the coming years.”

Free advice: Danon told Jewish Insider earlier this week that he would tell his successor that “at the U.N. everything is possible.” Pointing to his election as chair of the body’s Legal Committee, and other initiatives in Turtle Bay, Danon said, “I proved we can achieve a lot” at the international body. “I would tell him to think positively and to build personal bridges with many colleagues,” Danon added.