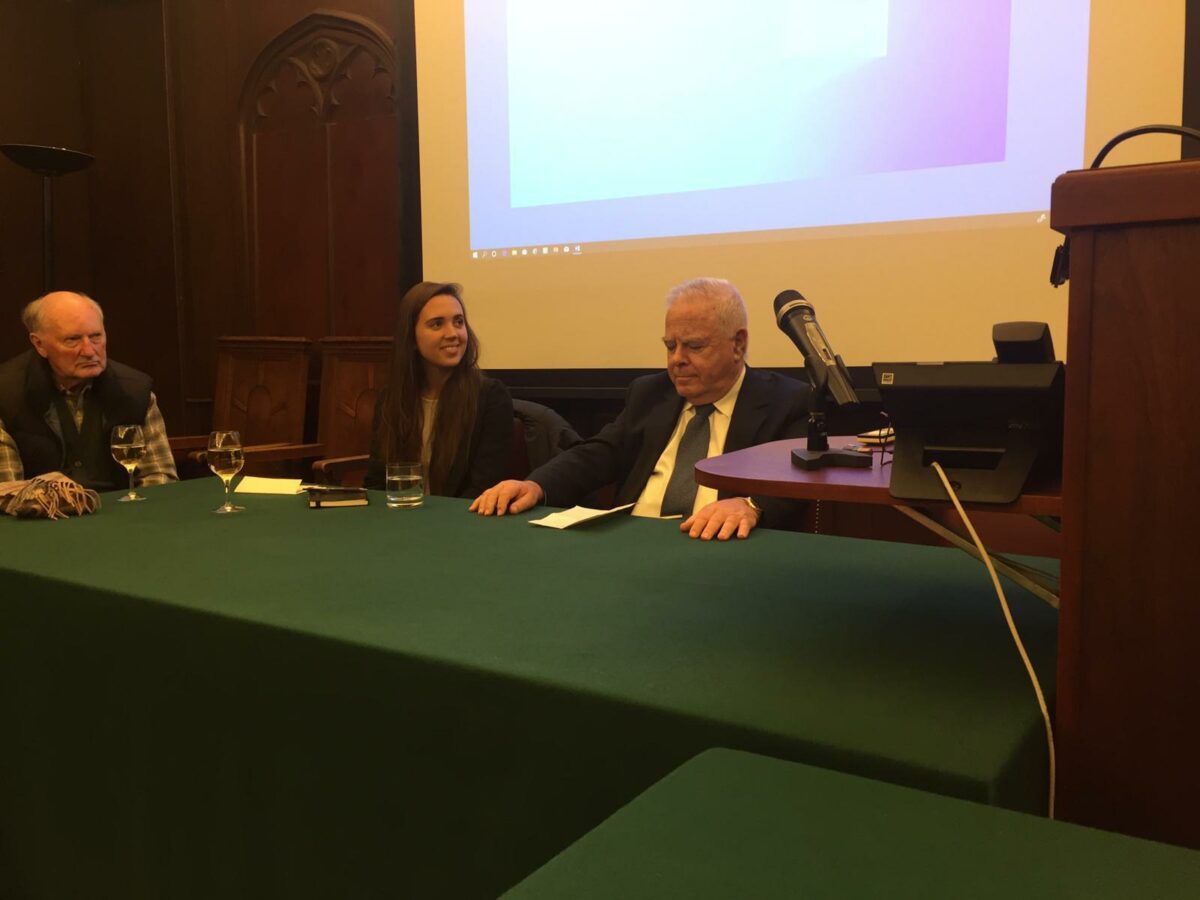 Retired Israeli Defense Forces Brigadier General Ephraim Sneh cuts an imposing figure as he makes his way through the tight streets of Oxford. Sneh, a doctor by training and the former Israeli deputy minister of defense, speaks in a deep voice. On a speaking tour of U.K. universities organized by the Pinsker Centre, he visited Oxford for a talk titled “Security Challenges in the Middle East.” In the Oxford Union’s Goodman Library, Sneh spoke with Jewish Insider‘s Sam Zieve Cohen about Israeli politics, security and the future U.S. presence in the region.

On the U.S. withdrawal from Syria: “As an Israeli I can say that it’s a wrong measure to withdraw from the region. I can’t criticize them from the point of U.S. interest. But it should be said, explicitly, since the United States became an exporter of crude oil, and not an importer of oil, the Middle East is not important,” Sneh explained.“That’s great, but it means that the United States gives up all other considerations in its global deployment.”

“Second is the moral issue. The Kurds fought against ISIS and sacrificed a lot. It’s a small, weak nation that invested all its energy and its young women and men in fighting ISIS, and were abandoned. Period,” he emphasized.

“Erdogan got the green light to smash them, period. So it’s not only abandoning an ally, it’s to expose [the Kurds] to brutality and ethnic cleansing. Here, from a moral point of view, it’s totally unacceptable. But let’s see what is the reality behind it. The reality behind is that the U.S. allies in the Middle East are on their own. They have no strategic ally to rely on, but themselves.”

Discussing President Trump’s claims to have secured Syrian oil, Sneh said “This is not the most strategic importance of northeast Syria. The most important thing is to deny the Iranians access to the Mediterranean and to Lebanon. And if the U.S. is out, who is in? The Iranians.”

On the White House’s  peace plan, Sneh quickly responds: “This plan had no value before the withdrawal and, of course, has no value after.”

“There must be a substitute for the Kushner plan. If one wants to renew the Israeli-Palestinian talks, we can build a different platform for this negotiation, which is not Kushner flair and the famous Manama conference.”

Sneh dismissed the idea that the U.S. needs to lead the peace talks, explaining “It should be involved if it is eager to achieve something.If not, step aside. History shows that the real breakthrough between Israelis and Arabs was in secret, direct talks. It was a case … with Egypt, with the PLO, and with Jordan. What history shows if they want to be [an] honest broker, please, but then they should be very carefully balanced.”

Asked about the possibility of a Benny Gantz premiership, Sneh immediately injects: “I hope he will,” adding with a chuckle, “Everything is possible. Actually behind him there is a block, which is no smaller, which is more or less the same as the other side. So it’s possible.”

Under Rabin, Sneh added, “We were 56, and whenever it was needed, Rabin knew how to find another five to make it 61.” But, he warned, “it requires a very strong leadership and very high discipline in the coalition.”

On the security threats threatening Israel: “We are facing serious security problems. It’s not the invention of Bibi [Netanyahu]. There are real serious problems we have to tackle.”

In a point he repeatedly returned to, Sneh warns, “If they want to expand the chain or the ring, of launching pad of rockets against Israel, we have to take action. If no one in the international community would understand that something must be done, we should do it.”