David Saranga, director of the digital bureau in Israel’s Ministry of Foreign Affairs, says that the country pushes the boundaries of social media 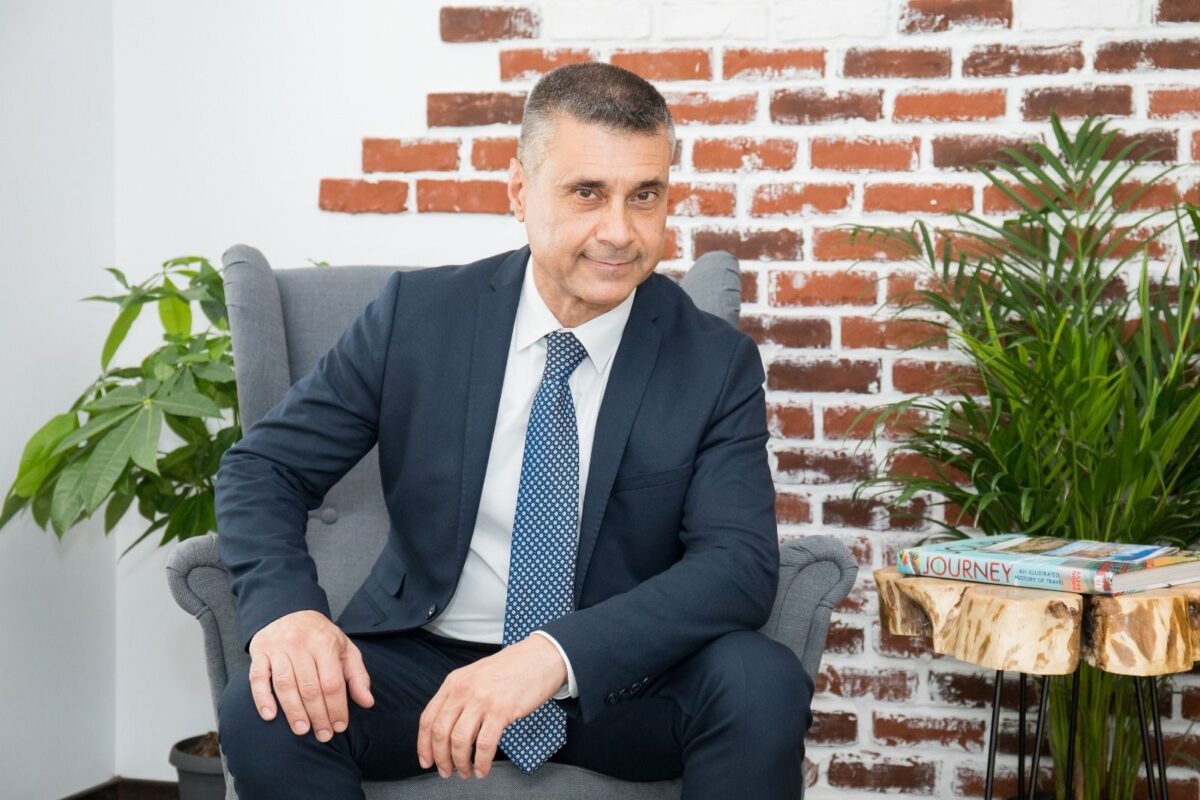 Director of the digital bureau in Israel’s Ministry of Foreign Affairs, David Saranga

Some say defending Israel on social media can feel like a lost cause, but for David Saranga, Israel’s new digital diplomacy chief, it’s a life goal and a fight he’s not ready to give up on any time soon – even if the odds are not in Israel’s favor.

“We’re such a tiny nation and there’s so many out there who don’t like us,” Saranga, who became director of the digital bureau in the Ministry of Foreign Affairs in August, told Jewish Insider in an interview this week. “You can see it in the numbers.”

He uses the example of Kanye West, who legally changed his name to Ye, and his recent antisemitic tirades on social media.

“It’s true that many people condemned it, but he [Ye] has more than 30 million followers on Twitter, and even if 10% do not agree with him, there’s still a big percentage of his followers who see what he says and believe it because he’s an idol in their eyes,” said Saranga, who previously served as Israel’s ambassador to Romania.

In the case of Ye, Saranga’s team of digital media experts had a victory of sorts. Following a short ban on the social media platform, Ye relaunched his account with a tweet saying “Shalom,” accompanied by a smile emoji. Saranga’s team, which runs Israel’s official account, @Israel, immediately responded with: “We would very much like to be excluded from this narrative,” a reference to singer Taylor Swift’s yearslong feud with Ye. The ministry even tagged Swift in its tweet.

Not long after that, Twitter’s new CEO, Elon Musk, praised Israel’s response in his own post. “Your tweets are good! More countries should tweet like this. No fun being all stuffy,” the entrepreneur, who has said he plans to make changes to the popular social media platform, tweeted.

“We decided to troll [Ye], and thanks to the creativity of the people working in my division, we found the right message that caught the eye of Elon Musk,” Saranga noted. “We will keep on doing things like this.”

Saranga, who was previously in New York as the head of media relations for the Israeli consulate, is touted as the first Israeli diplomat on social media. In 2009, when Twitter was in its infancy, Saranga held one of the earliest — if not the first — press conferences using the platform.

At the time, he was mocked by mainstream journalists for using the channel to communicate a diplomatic message. Now, of course, Twitter is one of the main platforms used by heads of state, ambassadors and politicians to reach millions of people.

“The Israeli Foreign Ministry is very active on social media, I think we are one of the most active countries and we do things that no other governments are doing,” he said.

Returning earlier this week from Washington, where Israel held its annual conference with heads of missions in North America, Saranga said he outlined to envoys stationed there the main social media goals for the coming year – and calmed their fears that Twitter, a platform that Israel has invested in heavily – is about to disappear.

“One of the big questions that everyone asked is what are we going to do with Twitter? Is Twitter going to change?” said the longtime diplomat. “My assessment is that Twitter is here to stay, but maybe things there will change.”

Saranga said he told the Israeli envoys, who utilize the channel to reach journalists, activists, politicians and world leaders, to diversify the platforms they use and encouraged them to get active on Facebook, TikTok, Instagram and LinkedIn, “to prepare for the future, in case something happens.”

TikTok, he continued, is a particularly important tool for Israeli digital diplomacy because of its popularity among Gen Zers and millennials. “We don’t have the luxury not to be there.”

Another challenge that Israel faces, said Saranga, is in reaching new audiences.

“One of the questions we ask ourselves is how to break the echo chamber,” he said. “After a period of time on a certain platform, you are interacting mainly with people who are like-minded and you need to reach new audiences. This is our biggest challenge and an area where we are putting a lot of effort.”

Saranga used the example of the unrest in Iran, and highlighted a recent video his department made to show solidarity with Iranian women following the murder of Mahsa Amini, who had been arrested by Iran’s morality police shortly before her death. That video, targeting human rights activists and a new geographic location, drew more than 12 million viewers, he said.

Dealing with thornier issues, especially those relating to Israel’s conflict with the Palestinians, is harder.

“The most important thing is to bring the Israeli message as fast as possible before the Palestinians bring their message,” said Saranga, using an example from the summer’s flare-up between Israel and Hamas in Gaza where seven people, including four children, were killed. An IDF assessment, which the Associated Press said was consistent with its own reporting, found that one-third of the Palestinians killed in the volley of fire were killed by errant Palestinian Islamic Jihad rockets.

“We succeeded in tackling this issue only because the IDF gave us a video in which we could see that it was not an Israeli missile that caused the death,” Saranga explained.

In some situations, however, such as the case involving Al-Jazeera journalist Shireen Abu Akleh, a Palestinian-American reporter who was likely killed unintentionally by Israeli forces last May in the West Bank town of Jenin, he said “we have to face it, there is no good answer to this incident.”

A similar incident this week involving a 16-year-old Palestinian girl, Jana Zakarneh, prompted tweets from Israel’s outgoing Prime Minister Yair Lapid, as well as from accounts linked to the Israeli army, expressing sorrow for the death.

“We still have to put it all in the right context,” said Saranga. “The right context is the fact that it’s a war zone and there are terrorists there who are fighting with Israeli forces and are trying to penetrate Israel, to spread violence. It’s our duty to protect our citizens.”

He continued, “Sometimes social media is not the right place for such context, people are reading 280 characters, they don’t really want to go into depth, but this is also our duty.”