Who are the Israelis voting for Itamar Ben-Gvir?

The rise of Ben-Gvir and the similarly far-right Bezalel Smotrich, pundits caution, could upend Israeli politics. So why is their popularity growing? 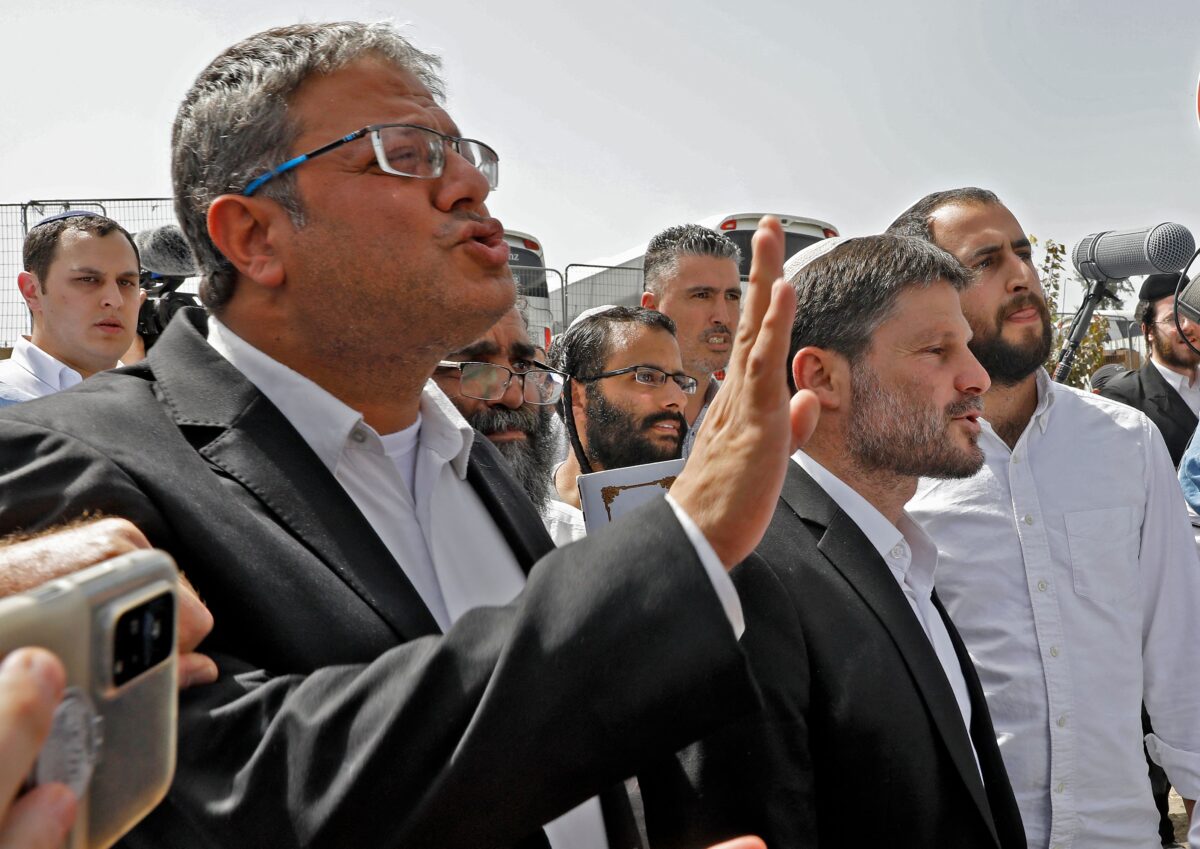 Last week, Britain’s Jewish News attracted international attention for a front page featuring a photograph of two controversial Israeli politicians with the headline: “They hate Arabs, LGBT people, and even some Jews. They are heading for power in Israel. Where is the outrage?”

Others have similarly expressed concern, although maybe in more discreet tones, over the rise of the far-right lawmakers: Itamar Ben-Gvir and Betzalel Smotrich, heads of two separate parties that are united in a faction called Religious Zionism.

According to political pundits and consistent polling, however, this band of vocal and sometimes vulgar nationalistic agitators, which also includes the vocally homophobic Noam Party, appears poised to win big. Religious Zionism could become the country’s third-largest political party and even the kingmakers in the Nov. 1 election, Israel’s fifth in less than four years.

With Jewish communities around the world looking on anxiously, the question remains: Who are the Israelis planning to vote for this once-marginalized motley crew and even afford them an opportunity to wield significant influence in the country?

Professor Tamar Hermann, a senior researcher at the Israel Democracy Institute, told Jewish Insider that support for Smotrich and Ben-Gvir comes from a broad, and somewhat unexpected, cross-section of Israeli society. But, she said, the duo’s rise has left many traditional right-wing voters, turned off by the faction’s radical views, in electoral limbo.

Polls taken since the start of the election cycle in June chart Ben-Gvir and Smotrich’s rising popularity. The most recent surveys published ahead of next week’s vote give Religious Zionism as many as 14 parliamentary seats, turning it into a medium-sized party that will have a great deal of influence over whoever forms the government and the type of legislation drafted and passed during the next Knesset session.

Writing in The Jerusalem Post last week, the paper’s editor-in-chief, Yaakov Katz, described the possible scenario that former Prime Minister and Opposition Leader Benjamin Netanyahu, attempting a return to power as he fights criminal corruption charges, might afford the two men a prominent position in his government, as “a threat to the future of Israel’s fragile democratic character.”

Ben-Gvir, wrote Katz in his commentary, “is a danger to the state of Israel. He is the modern Israeli version of an American white supremacist and a European fascist.”

If Netanyahu once again falls short of obtaining the 61 seats needed to beat out caretaker Prime Minister Yair Lapid, then he might have no choice but to include Ben-Gvir and Smotrich in a coalition government.

In the past, the 46-year-old populist Ben-Gvir, once a disciple of the outlawed Kach party led by the radical New York-born rabbi and Knesset Member Meir Kahane, did little to cloak his extremist views. In interviews at home in the Israeli settlement of Kiryat Arba, he used to proudly display a portrait of Baruch Goldstein, the Israeli doctor who gunned down 29 Palestinian worshippers in the Ibrahimi Mosque in Hebron in 1992, in his living room.

Now, as he attempts to pivot into the mainstream, Ben-Gvir, who famously vandalized a car belonging to Prime Minister Yitzhak Rabin a year before the leader’s assassination, has removed Goldstein’s portrait from his wall and toned down his rhetoric, but still calls for a legal ban on Jewish-Arab intermarriage, expulsion of Arabs and Palestinians and even of some Jewish Israelis who are critical of the country.

Smotrich, 42, who is also known for anti-Arab sentiments, differs only in that he is slightly more refined and boasts slightly more political experience – serving for less than a year as minister of transport in Netanyahu’s previous government.

However, there is a growing concern that Smotrich, who heads the party list, is seeking to undermine the rule of law in Israel. Last week, he announced that among his party’s policies was a plan to overhaul the judiciary, giving more power to the political branch of the legislature and possibly allowing for the termination of Netanyahu’s ongoing criminal trial.

While Hermann cautioned that not every respondent questioned in a political poll tells the truth, she did identify some of the key characteristics shared by the growing army of Religious Zionism supporters.

“Most of their voters are young men,” she explained, adding they are mainly —  but not solely — non-Ashkenazi and from “the social-economic periphery.”

“Many come from the ultra-Orthodox community, usually young men who have dropped out of their yeshiva studies,” Hermann continued. There are also many young people from the national religious camp, including those referred to as “the hilltop youth” – a radical group that lives beyond the law in parts of the disputed West Bank – as well as secular soldiers, “who are apprehensive about their personal future,” she said.

Hermann was quick to point out a distinction between the national religious community, which includes large swaths of Israeli society, and the Religious Zionism party. Many national religious Jews, she explained, reject the party’s more extreme views and are now at a loss on how to cast their vote.

She also emphasized that it was Ben-Gvir, who is second on the party list, more so than Smotrich, who was attracting young, disaffected voters looking for an anti-establishment voice.

Josh Hantman, an Israel-based consultant for Number 10 Strategies, who has worked closely with multiple political leaders and parties in Israel and abroad, agreed, telling JI that Ben-Gvir “has successfully captured the imagination of a decent chunk of the youth – a group who are much further to the right than older demographics.”

“With the incredible growth of Israel’s population, you have tens of thousands of new voters each cycle – even with elections this close together,” he explained. “These voters are by definition younger, and many are soldiers, who are more likely to lean to the right and be excited by the populist, ultra-nationalist rhetoric.”

Hantman, who counts Defense Minister Benny Gantz among his past clients, also said it is important to view the rising popularity of Ben-Gvir and Smotrich in a global context.

“The rise of anti-establishment ‘shocking entertainers’ is a global phenomenon which sees disenfranchised and disillusioned voters from the traditional center moving to the extremes,” he said, pointing to examples in the U.K., France, Brazil and the U.S.

“It is no surprise that we’re seeing it here too,” Hantman said.

Ben-Gvir is very clever, concurred Hermann. “He is playing the anti-establishment card, a position that he was known for in the past, even though his aspiration today is to become Israel’s minister of justice, a role that stands in the heart of the political system.”

“He’ll have to reframe this once he’s in – if he gets in,” she went on. “You cannot be so strongly anti-establishment when you are part of the establishment, although there have been leaders, not necessarily in Israel, who played this double reality for years.”

She added that there is a hope that once Ben-Gvir is fully in the system, he will moderate some of his positions.

“History tells us that it might happen,” observed Hermann. “It happened, for example, to [former Israeli Prime Minister Ariel] Sharon, but there are also examples in history, where people who are very radical actually transform the system in general.”