Rep. Mondaire Jones took his name off the Working Families Party's ballot line, freeing up the space for a potential Niou run 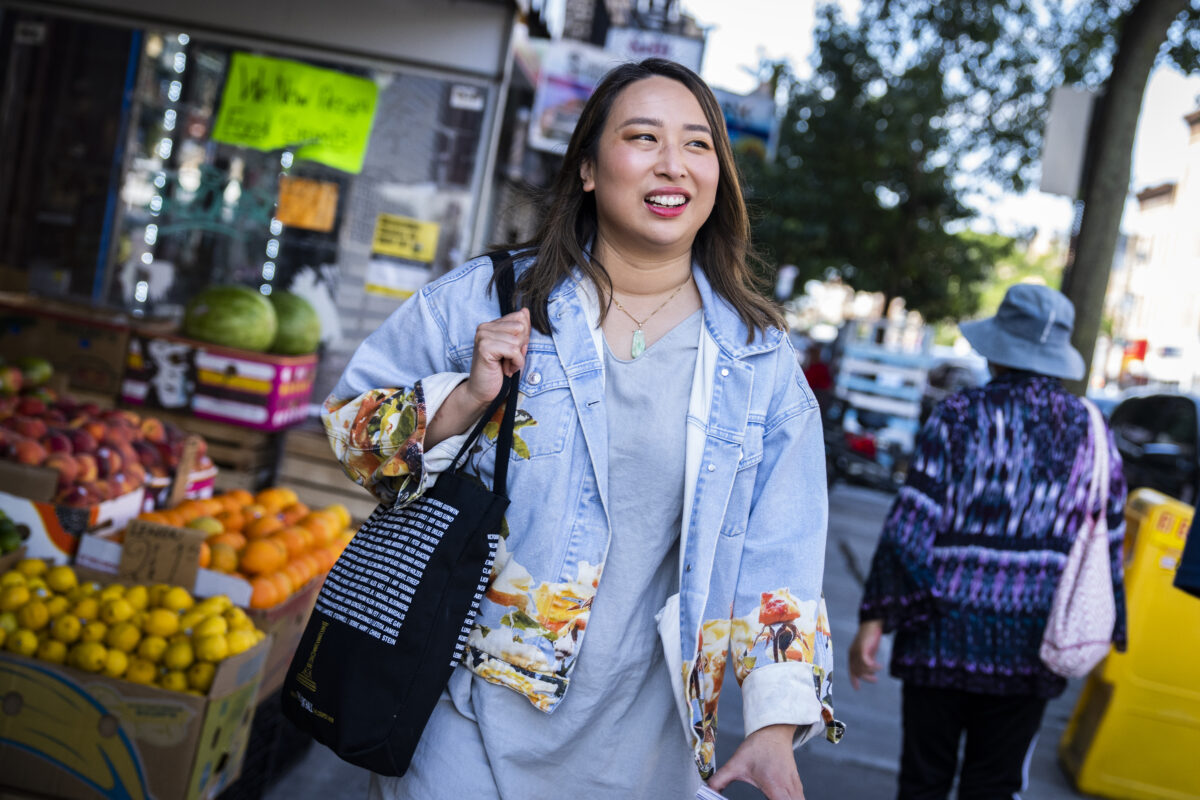 Yuh-Line Niou, the runner-up in last Tuesday’s Democratic primary for an open House seat representing Manhattan and Brooklyn, drew intense scrutiny as the only candidate in a crowded field to express support for the Boycott, Divestment and Sanctions movement against Israel.

Her endorsement of BDS last month, in a statement to Jewish Insider, is almost certain to face renewed attention if she runs on the Working Families Party line in the November election — a possibility that Niou, a progressive state assemblymember, has yet to rule out.

Niou was already targeted during the final days of the primary, in a series of mailers funded by United Democracy Project, a super PAC affiliated with the pro-Israel lobbying group AIPAC, which supported her opponent, Dan Goldman, the Democratic nominee.

While Niou had explicitly backed the BDS movement in an email to JI, however, she has since vacillated in her approach. Earlier this month, for instance, Niou’s campaign site quietly added a section on the Israeli-Palestinian conflict to its issues page, according to the Internet Archive’s Wayback Machine, which recorded the change.

“While Yuh-Line has not personally participated in the BDS movement, she supports the free speech rights of BDS activists,” the site reads. “Yuh-Line believes that protest rights are fundamental to a free society, and we must never enact laws that punish the free exercise of those rights. At the same time, Yuh-Line does not agree with all of the BDS movement’s demands nor does she embrace all of its tactics.”

Niou, who has not clarified the “demands” or “tactics” with which she agrees, has otherwise strained to elucidate her approach to BDS in recent interviews and public forums.

Meanwhile, Niou makes no mention of BDS in an Israel policy paper drafted for her House campaign and recently obtained by JI. The paper touches in brief detail on such issues as a two-state solution, Israeli settlement expansion and legislation introduced last year by Rep. Betty McCollum (D-MN) that would place restrictions on U.S. military aid to Israel.

“Israelis, like all people, deserve to live in safety and security, and I support genuine efforts to ensure that this is the case, including defensive military aid,” Niou writes. “Our tax dollars should always have transparency for how they are used. They should never be used for harm or violations against human rights.”

That passage, like several in the paper, matches almost word-for-word with comments Niou gave during a phone interview with JI in early July.

The McCollum bill is backed by the Working Families Party, which includes a question about the legislation in its questionnaires for congressional candidates.

A spokesperson for Niou’s campaign did not respond to a request for comment regarding the position paper’s omission of BDS. It is not clear when the paper was written.

Niou was endorsed by the Working Families Party and is now weighing a third-party challenge in New York’s redrawn 10th Congressional District, after losing the Democratic nomination to Goldman, a former Trump impeachment prosecutor who narrowly prevailed by a margin of two points, with 95 percent of the vote reported.

The Associated Press has called the race for Goldman, but Niou has not conceded, insisting, “We must count every vote.”

Rep. Mondaire Jones (D-NY), who lost his bid for another term, was removed from the Working Families Party ballot on Monday, opening up a possible avenue for Niou.

For his part, Goldman has opposed BDS, recently criticizing the movement as “anti-Zionist” and “antisemitic.”

In a recent mailer funded by United Democracy Project, Niou was directly accused of supporting “the antisemitic BDS agenda,” a message intended to reach the sizable population of Jewish voters who live in the district.

Niou has rejected such allegations. “People think that the BDS movement is in some way antisemitic, but I don’t think that it is,” she told JI last month. “I think that it’s making sure that people can have the right to be able to have free speech.”