The writer talks social media, BDS and elections on this week's episode 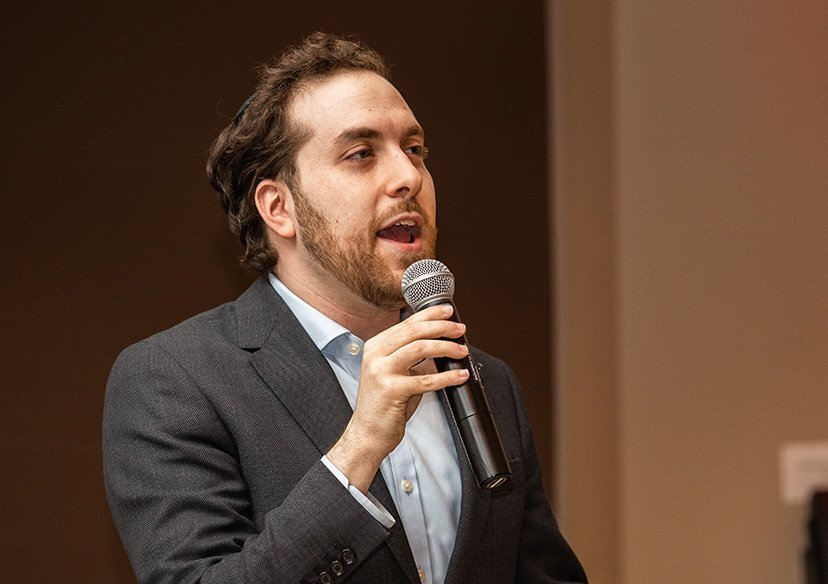 Lipstadt nomination: Asked about the delay by Senate Republicans to confirm Holocaust historian Deborah Lipstadt as State Department antisemitism envoy nominee over past tweets, Rosenberg defended Lipstadt. “There isn’t really a serious case against Deborah Lipstadt’s qualifications for this post. Right after it came out that the Republicans were holding up a confirmation, the [Jewish] federations’ and the ADL and the Orthodox Union all got together and wrote a letter saying, ‘You’ve got to confirm Deborah Lipstadt. You’ve got to give her the hearing and that she’s eminently qualified.’ This is not a person who plays favorites. She has a long history of calling out antisemitism across the spectrum. Notably, she was quite vocal about, for example, Jeremy Corbyn and the [British] Labour Party. There isn’t really a serious case to be made that she’s a partisan actor in this case… in this case, the Jews are the ones who suffer. They get caught in the crossfire where people are playing partisan politics with an important post that deals with a very real problem right now in the world.”

CEO for a day? Rosenberg, who maintains an active and large Twitter presence and is known for engaging with antisemitic trolls, was asked how he would decide the social network’s policy if he was in charge. “Isn’t it great that I don’t have to? First of all, I think it’s worth acknowledging that these are hard questions. Sometimes people present them as easy questions, and as much as I’m pretty critical of the broader social media industrial complex — Facebook, Twitter, all of these people — it’s not because there are easy solutions to these issues. I think that Twitter actually is trying harder than some of these other platforms to try to figure out how to make their platform healthier; you may have noticed recently, they started rolling out all sorts of features to enable users to stop themselves from getting mobbed to prevent themselves from getting you know, abused or trolled in different ways… And that’s something that is impressive. And there’s no such features that really have yet been integrated into places like Facebook, where they’re trying to think about how can we enhance user experience, you can decide what you see and what you don’t.”

On this month’s election results: “There were interesting Jewish little carve-outs from these different elections [in Virginia and New Jersey]. People have pointed out that the vote in Lakewood, New Jersey, where there are a lot of Orthodox Jews, swung dramatically towards the Democratic candidate from what it was during the [2020] general election, where it went overwhelmingly for [former President Donald] Trump. And this is likely the result of the Vaad of Lakewood [a leading rabbinic organization] endorsing [New Jersey Gov.] Phil Murphy. And I think there’s something to be understood from that and that people should pay attention to, which is that Phil Murphy built a real relationship and other members of his administration built a relationship with the Orthodox community. In New Jersey, they went after towns, townships and areas and groups that were basically trying to pass discriminatory laws to keep Orthodox Jews out of their areas… I think people should pay attention to that because I’m sure that Orthodox Jewish voters pay attention to it. And in places where these things are competitive, that can really matter in elections.”

Something special: “I report on other religious communities, [and] they are tremendously envious of the organized structure of the Jewish community and the ability that we have to sort of fund our own initiatives. They’re tremendously envious of Jewish ethnic and religious media, because they just don’t have that kind of stuff. In many other places, there are comparables, but they’re just not as many, and they’re not as high of salience and not as good or not as funded. So you have people who would want to do it, but they don’t have the money.”

Ultimate goal: “The BDS movement really wants to boycott Tel Aviv. In other words, they don’t just want to boycott the West Bank. And so if people get really behind this idea of boycotting the West Bank, you could look at it as a BDS victory, but it’s certainly not what, say, Omar Barghouti [a co-founder of the BDS movement] wants, and it doesn’t get them where they want to go because they, the BDS movement, certainly the leadership, wants Israel gone. And you can’t boycott only part of Israel’s territory or, in this case Israeli-occupied territory, and succeed in that. And so this is why groups like J Street are comfortable with the Ben & Jerry’s boycott, because they see it as a targeted act that is designed to stop settlements or occupation, but keep Israel. Whereas the BDS movement looks at it, and it says, ‘Well, that happens, then Israel is still around and we haven’t reversed 1948, and thus, it’s a failure.’”

Lightning round: Favorite kosher deli in America? Mr. Broadway in New York. Newsletters he reads everyday? “Snakes and Ladders” by Alan Jacobs; “The French Press” by David French. Favorite Jewish song? “That’s an impossible question. There are many, many tunes. But I mean, you can’t go wrong with “Lecha Dodi.”