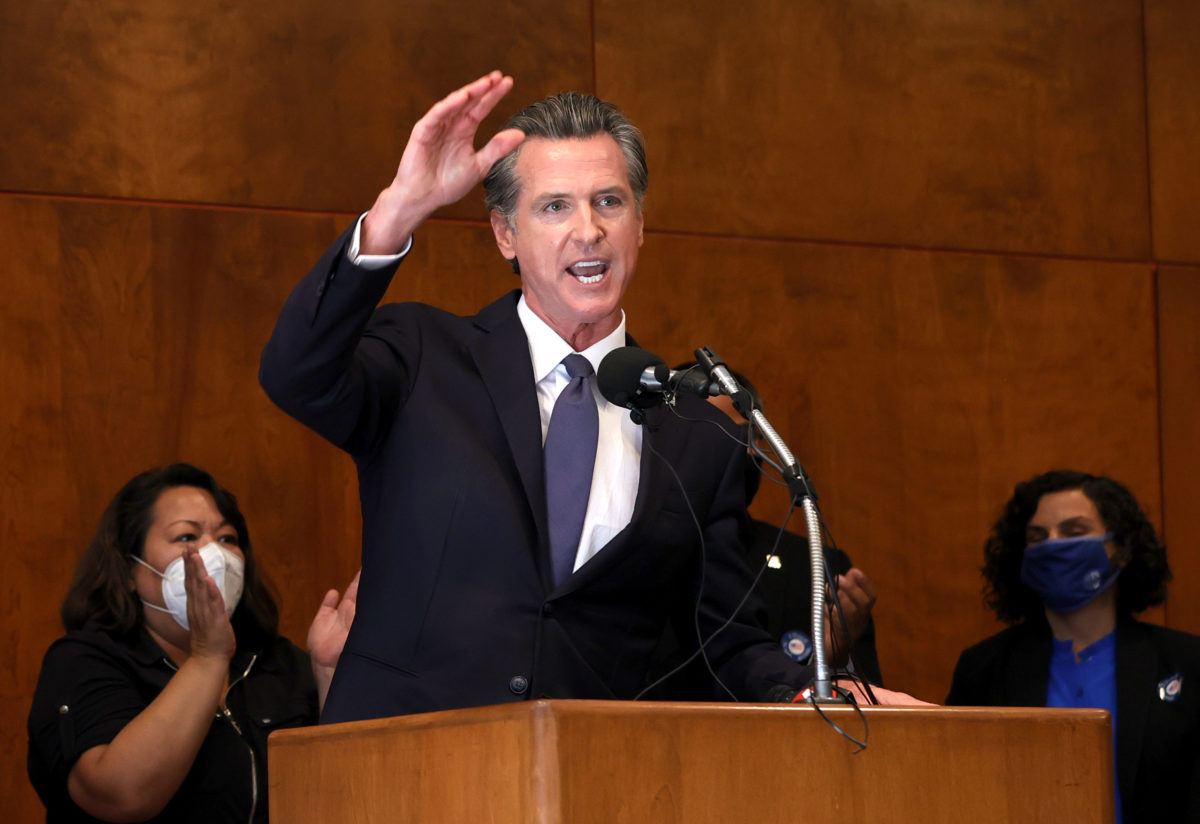 California Gov. Gavin Newsom survived a recall attempt yesterday by a sizable margin, with roughly two-thirds of the votes counted as of early this morning.

Former San Diego Mayor Kevin Faulconer, one of the Republicans vying to replace Newsom, tweeted that “I trust the democratic process and know Californians deserve a governor focused on solving California’s problems.” Larry Elder, the Republican frontrunner, told his supporters to “be gracious in defeat,” but suggested that the recall had forced “them now to pay attention to the things they should’ve paid attention to two years ago.”

“It’s a very big victory above expectations, a tribute to the power of party unity and to Newsom’s ability to frame the recall not as a referendum but as a choice between radically different party philosophies,” Raphael Sonenshein, executive director of the Pat Brown Institute for Public Affairs at California State University, Los Angeles, told Jewish Insider on Tuesday night shortly after the election was called.

Newsom “ran against Trumpism and it worked,” Sonenshein said. The results “should draw a lot of attention from national Democrats heading into perilous waters in next year’s midterms.”

Newsom’s win is likely to keep other Democrats from challenging him next year, when he’s up for reelection. “The practical impact for Gavin Newsom is that winning by such a huge margin will allow him to avoid facing another Democrat in next year’s campaign,” ​​Dan Schnur, a professor at the University of Southern California’s Annenberg School of Communications and a former GOP consultant who worked for an unsuccessful Republican challenger in California’s 2003 recall, told JI.

“If he had just barely beaten the recall, he almost certainly would have faced a challenge from the left. But after a landslide like this one, no one from his own party will take him on,” Schnur added.

Schnur noted that the push for Newsom’s ouster — the state’s handling of the COVID-19 pandemic — ultimately saved his campaign. “From the beginning, this was the COVID election. The recall wouldn’t have qualified without COVID. Newsom would have never been in any danger except for COVID. And ultimately, he turned the pandemic from a near-fatal weakness into a determinative political strength.”