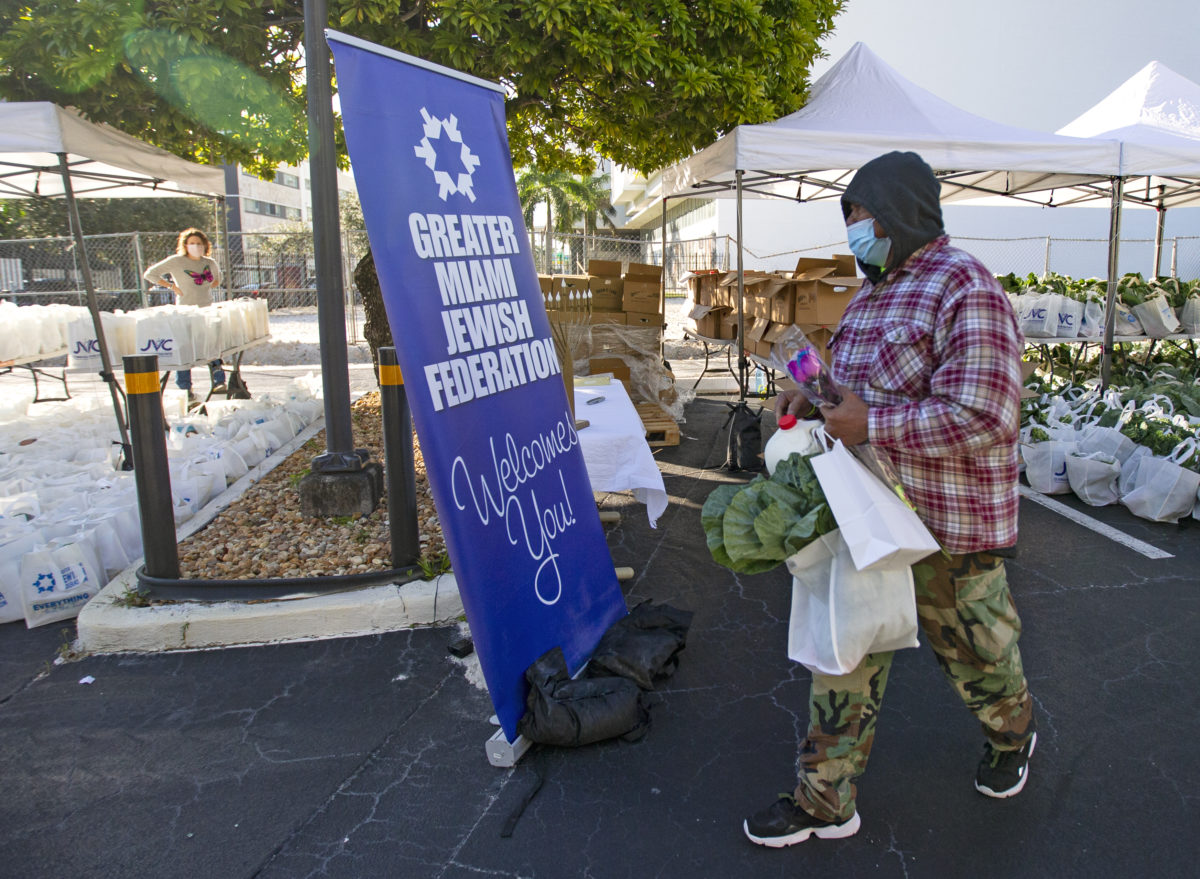 With each winter comes more traffic, slower drivers and less space to place a lounge chair at a crowded beach — signs that indicate to Floridians that the snowbirds have arrived. Florida welcomes close to 1 million “snowbirds” — seasonal residents who spend more than a month in the state — every year. They come from places like New York, Pennsylvania and Connecticut, and they’re crucial to the state’s economy.

Since the beginning of the coronavirus pandemic, the South Florida region has seen many seasonal residents stick around full-time, while also welcoming a swelling wave of newcomers: people moving south to avoid living through a dreary COVID winter and to gain access to some of Florida’s most sought-after offerings — its lack of state income tax and its beaches. And Jewish nonprofits in the region see the influx of new residents as a major opportunity.

In September, The New York Times documented how families were leaving small, overpriced New York City apartments for large homes across South Florida. Last month, Bloomberg’s CityLab reported on “what happens when the 1% go remote.” At least three major financial institutions — Goldman Sachs, Elliott Management, and Blackstone — are either moving to or opening offices in the region. Additionally, many wealthy executives are moving to Florida without necessarily bringing their companies along. In December, Miami Mayor Francis Suarez launched a PR campaign to lure Silicon Valley tech companies to the region, making an appearance on Fox Business and responding to tweets from prominent venture-capital firms.

In interviews with Jewish Insider, senior employees at the Jewish Federation of South Palm Beach County, which serves Boca Raton, Delray Beach and Highland Beach, explained that newcomers to the area are already getting involved in the community. One group convened by the federation has connected recent arrivals looking for jobs with local professionals. It’s hard to quantify the number of people who have moved to the area from out of state since the pandemic started, but anecdotal evidence is mounting: Just this semester, 12 new families from New York and California started at the Donna Klein Jewish Academy, a pluralistic day school in Boca Raton, said Rabbi Josh Broide, director of community engagement at the federation.

“We’ll be able to answer the donor question a year from now,” said Jennifer Koenig, chief development officer at the South Palm Beach federation, since the organization is just starting to reach out to this new cohort. While a concerted outreach effort to welcome the new arrivals is not yet underway, those moving to the area are wasting no time in getting involved. Koenig told JI she recently spoke to one former New York resident who is a Lion of Judah — a member of the Jewish Federations of North America’s group for women who donate at least $5,000 annually to their local communities — who now wants to become one in Boca Raton.

Jewish federations across South Florida told JI that even as they are eager to welcome new residents, they are also focusing on a different type of newcomer — people who live in the area but have never connected with the federation system. The South Palm Beach federation, for one, brought in $500,000 from new donors. “Our fundraising has been ahead of the curve, way ahead of where we are normally at this time of year,” Koenig noted. It’s not yet clear whether these new donors are longtime Florida residents or people new to the area, but Koenig said the federation’s slate of virtual programming has been successful and well attended.

For the Jewish Federation of Palm Beach County, which caters to northern parts of the county including Palm Beach Gardens, Jupiter and Wellington, donations soared during the pandemic. “We were concerned we would see a dip in collections,” said Michael Hoffman, the organization’s president and CEO, but “we’ve seen a significant uptick in philanthropy.” Since the pandemic began last March, Hoffman said his federation has seen an 800% increase in requests for emergency financial assistance, as people struggle to put food on the table, and pay rent and utilities. The financial and emotional need in the community is enormous, said Hoffman, but the “level of participation in philanthropic efforts is inspiring.”

Smaller nonprofits in the region also experienced an increase in giving, even as they await pledges from newcomers to the state. Cindy Nimhauser, chief development officer and senior vice president at Boca Raton’s Ruth and Norman Rales Jewish Family Services (JFS), told JI that JFS is planning to solicit new high-income community members — when the time is right. “If I were a corporation, I wouldn’t want fundraisers knocking on my door when I first get here,” she said. “Let the dust settle, and let people find out who we are.”

For JFS, a partner agency of the South Palm Beach federation, a virtual event replaced its annual in-person gala, but the organization’s finances did not take a hit. “One of the things we were told is that our people would come through, and they did. People were generous and wonderful,” said Nimhauser.

“People have an image in Boca and Delray of wealth. Not everybody lives behind the gates,” Nimhauser said, referring to the gated communities prevalent in the region. “That’s what shocks people — the amount of need in this community.” During the pandemic, she noted, people who used to volunteer with JFS now visit its food pantry. But, Nimhauser explained, her years at JFS have taught her that when people come to Florida, they see the beaches and the beautiful weather and feel lucky. “I think people will be so grateful to be here and will look around and see the need growing exponentially.”

Normally, organizations in Palm Beach County do most of their fundraising “in season,” as Floridians say — September through May, when snowbirds are in town. But with virtual events, the “season” is year-round, even for people who do return to the Northeast during the spring and summer.

Even before the pandemic, South Florida’s Jewish community had been growing rapidly for years. In Palm Beach County, the Jewish community has grown by more than 20% in the last decade, said Hoffman, whose organization conducted a community-wide population study in partnership with Brandeis University. “The fastest-growing demographic is families with children,” Hoffman said, rather than snowbirds who decide to stay year-round.

Miami, meanwhile, is home to relatively few snowbirds, welcoming more Latin American immigrants than New York retirees. In recent years, thousands of Jews have moved to Miami-Dade County after fleeing Venezuela’s deteriorating economy and authoritarian regime. Welcoming those immigrants has taught Jewish nonprofit professionals in Miami a great deal about reaching out to newcomers, Greater Miami Jewish Federation president and CEO Jacob Solomon told JI. “We want to be in relationship with them. We want to help with their transition,” he said. “We also recognize that the first thing on their to-do list is not call the local federation and get a pledge card.”

Still, Solomon has noticed the new trend of business owners and executives moving to Miami. “Every day we see in the press, the business press, the name of someone — a high net worth individual who’s moving here from New York or elsewhere. We certainly pay attention to it,” he said.

To reach those new donors, federations can play a unique role, according to Michael Balaban, president and CEO of the Jewish Federation of Broward County, which includes Fort Lauderdale and Coral Springs. “From a funding standpoint, the federation and groups like United Way play the role of making a shidduch,” he said, by helping people find causes and partner organizations that resonate with them.

All the federation executives interviewed by JI conceded that the real work of building community — and showing new residents what South Florida has to offer — cannot begin until people can gather in-person again. “The best thing we can do post-COVID is to get [people] to campus to see our community,” said Koenig of the South Palm Beach federation.