Olmert: I hope Biden will return to the Iran deal 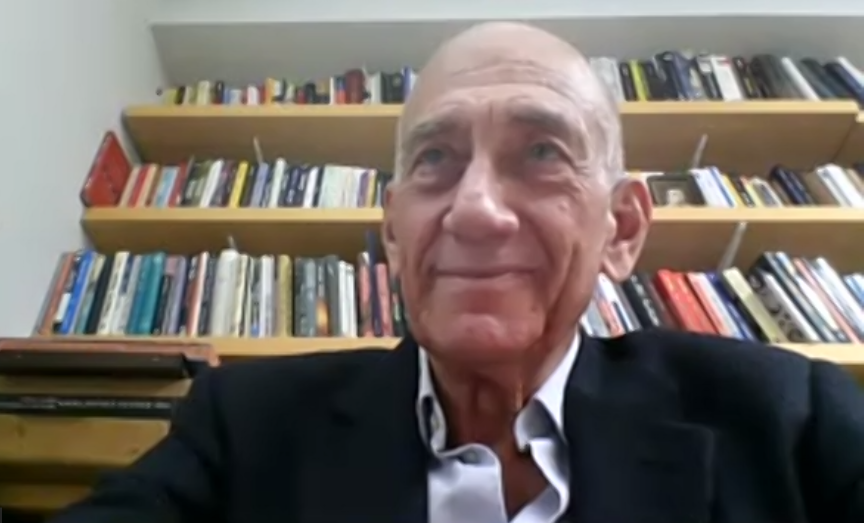 In a webcast hosted by Long Island University’s Global Service Institute yesterday, former Israeli Prime Minister Ehud Olmert expressed his hope that President-elect Joe Biden will have the “courage” to return to the 2015 nuclear deal with Iran and renegotiate “an even better agreement” that will “deter them from even trying to” advance their nuclear program.

A welcome friendship: Olmert, who preceded Netanyahu in office and negotiated a failed peace deal with Palestinian Authority President Mahmoud Abbas, also remarked that — notwithstanding President Donald Trump’s friendly approach to Israel — he “prefers” Biden’s “attitude” toward solving the Israeli-Palestinian conflict “because it fits in with what I tried to do” when President George W. Bush was in office. “I think that Joe Biden’s attitude is the right attitude. It is based on friendship and commitment to the security of the State of Israel, I have no doubt about it,” said Olmert, adding, “I have no fears whatsoever about his presidency as far as Israel is concerned.”