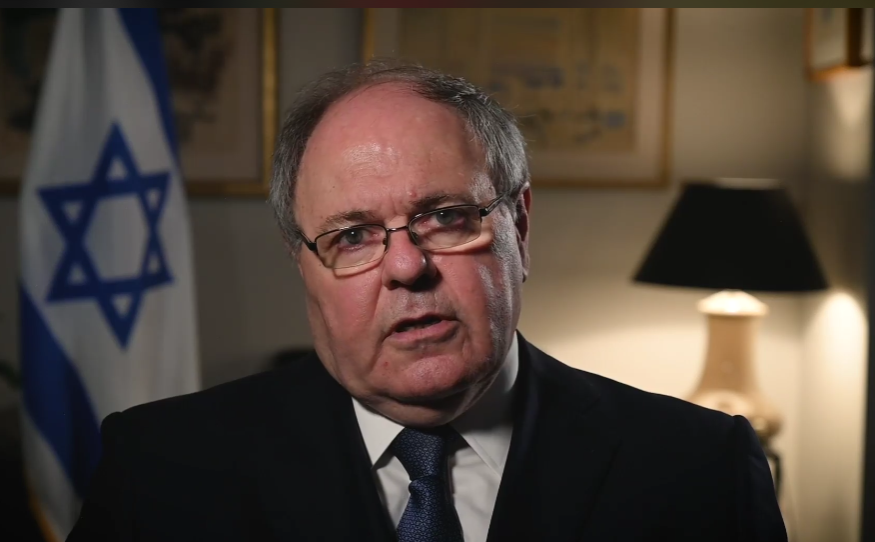 Dani Dayan didn’t envision ending his four-year term as Israel’s consul general in New York with a series of Zoom calls. Since becoming Israel’s chief diplomat in the Big Apple in the summer of 2016, Dayan could often be spotted at Jewish events across the city and was a frequent visitor to nearby states. Over the past two months, due to coronavirus-imposed restrictions, Dayan worked the phones to assist with matters related to the virus and participated in dozens of Zoom calls to bid farewell to the Jewish organizations, members of Congress and other groups with whom he has built close ties during his tenure.

In a Zoom call with Jewish Insider days before his departure, Dayan described his final months in office and the virtual goodbye parties as “bittersweet.”

“I feel like I was riding a train at 300 miles per hour and suddenly someone pulled the brakes,” he said about the last few months of his posting. “It prevented me from bidding farewell to the city and to the area.”

As someone who made an effort to immediately visit the scenes of antisemitic attacks and console the community in times of grief, Dayan said it was “extremely frustrating” not to be able to physically show solidarity with the Jewish community heavily affected by the coronavirus. “It was a sad and frustrating period,” he told JI.

Despite that, the first-time diplomat, who previously served as chairman of the Yesha Council, an umbrella organization of Jewish West Bank settlements, said he leaves satisfied and believes he had made “a positive difference” in the role he served.

Dayan was two years into his posting when a domestic terrorist interrupted Shabbat morning services at the Tree of Life synagogue in Pittsburgh, killing 11 congregants. Dayan traveled to Pittsburgh to offer support to the community shortly afterward. “When I was nominated [to be consul general], it was clear for me that a large part of my activity will be related to the Jewish community,” he said. “But in my worst nightmares I didn’t expect that antisemitism would take such a large and important part of my time.”

Dayan described the Pittsburgh shooting as the most significant moment of his term. Prior events — including the 2017 Unite the Right rally in Charlottesville, Va. and cemetery desecrations across the U.S. — had shown Dayan the dangers of extremism in the U.S. “But nothing prepared me for Pittsburgh,” he said. “This was something that I couldn’t imagine I would experience in this country.”

Dayan said that, for the first time, he is worried about American Jewry. “I must admit that I sometimes thought that antisemitism is mainly a fundraising tool for Jewish organizations. But I was wrong. It is real and we have to be extremely attentive to the issue,” he explained.

Months after Dayan arrived in New York, Donald Trump was elected president. Dayan described the U.S.-Israel relationship as “extremely strong” under Trump, but noted that his job — as Israel’s representative in a Democratic-controlled state — became more challenging. “I remember on election night in 2016, it was clear to me that the job of my colleague, Ron Dermer, in Washington became easier and my job in New York became more difficult,” he told JI.

Still, Dayan said he refuses to “share the doomsday scenarios” often expressed by pundits and community leaders that Israel might cease to be a bipartisan issue in the U.S. “I long ago realized that the positions of Americans towards Israel are more influenced by socio-political current events than by what Israel does or does not do,” he opined. ”In many instances, I see the signs of domestic politics having nothing to do with the issue itself or with Israel itself.”

Pointing to the recent Democratic primary for New York’s 15th congressional district in the South Bronx, where, despite a small Jewish population, five of the leading six candidates — including winner Ritchie Torres — were vocally pro-Israel, Dayan argued that ”the stance for retaining Israel as bipartisan is a winnable one.”

As for his own political ambitions, Dayan told JI he has no concrete plans for his next endeavor — after he completes his mandatory 14-day quarantine at his home in Ma’ale Shomron. “All the good things in my life happened by surprise, including this position,” he said. Dayan, who joined the Likud Party after an attempted run for the Knesset on the Bayit Yehudi slate in the 2015 elections, was initially tapped by Netanyahu to become Israel’s ambassador to Brazil, but was rejected by the Brazilian government.

“In some sense, I return to Israel the same person I arrived here,” Dayan said. “In some sense I changed because my commitment to the bond between Israel and American Jewry is much stronger now than it was when I came here. I assume I will be involved in those matters.” But Dayan said he’s not sure he’s ready to run for office given the current political climate. “But I assume that I will probably be in a position of influence on the matters that I cherish.”

As for another diplomatic position, Dayan said there aren’t many opportunities left for him given that the positions that he would aspire to — such as Washington, London, and the U.N. — have recently been filled.