down to the wire 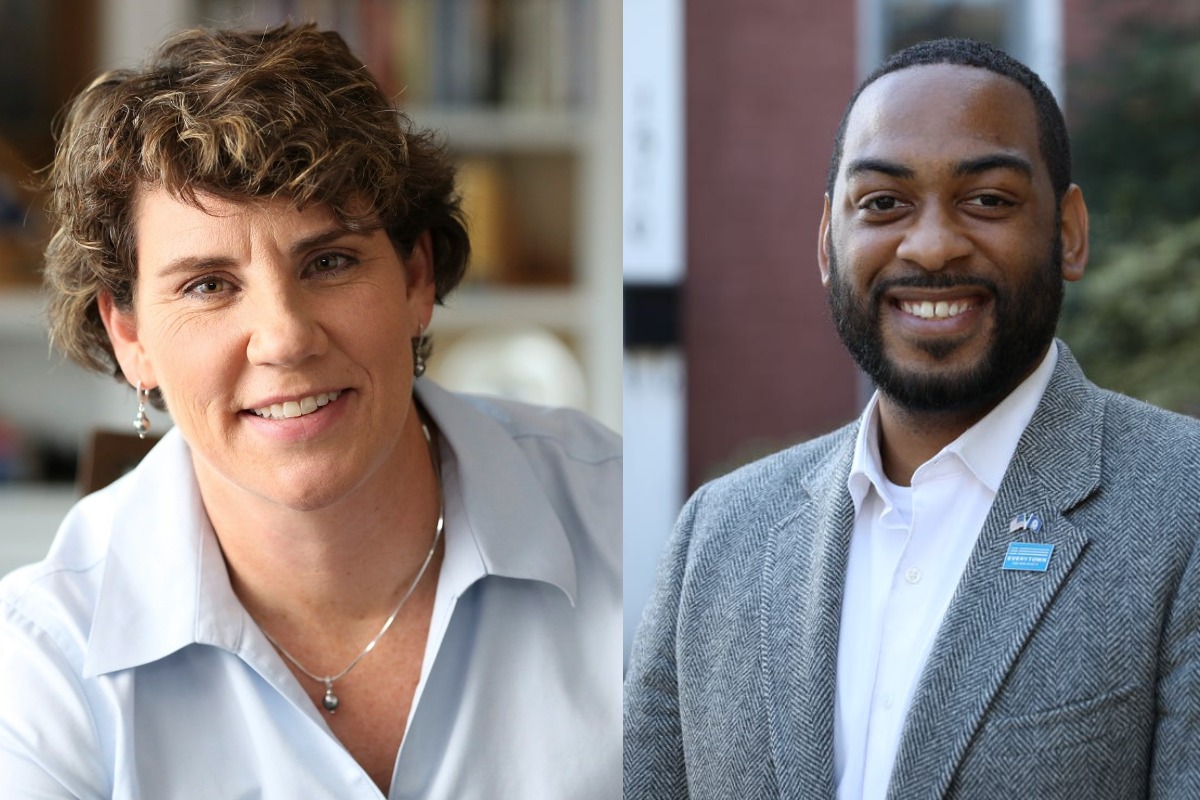 Amy McGrath, who is running for Senate in Kentucky’s Democratic primary, has raised more than $41 million in her effort to unseat Senate Majority Leader Mitch McConnell this fall. But her chances of making it to the general election in November — which once seemed a safe bet — now hinge on whether she can beat Charles Booker, a political parvenu who has gained momentum in the final weeks of the campaign.

Booker, the 35-year-old freshman member of Kentucky’s House of Representatives, has picked up a number of key endorsements from the progressive flank of the Democratic Party, including Sens. Bernie Sanders (I-VT) and Elizabeth Warren (D-MA) and Rep. Alexandria Ocasio-Cortez (D-NY). Though he has raked in a fraction of McGrath’s war chest, he has been gaining on his opponent, according to a recent poll commissioned by the non-profit think tank Data for Progress and conducted by Civiqs, which put Booker eight points ahead of McGrath, well outside the margin of error.

“The basic story is a freakishly quickly moving race,” said Sean McElwee, co-founder of Data for Progress. He added the caveat that the Civiqs poll was a bit too “bullish” on Booker, but he isn’t ruling out the upstart candidate. “I’d put it at a toss-up,” McElwee told Jewish Insider, noting that his firm has conducted new polling on the race but did not go into specifics about numbers.

Booker, who is African American, has attained a national profile in recent weeks, notching write-ups in The Washington Post, The New York Times, The Wall Street Journal and New York magazine. His rise has been buoyed by country-wide protests opposing systemic racism, including demonstrations in Louisville against the fatal police shooting of Breonna Taylor.

“He’s just resonated with voters: white, black, young and old,” said Dewey Clayton, a professor in the department of political science at the University of Louisville. “He’s building a rainbow coalition.”

Still, experts cautiously agree that McGrath has an advantage in the race in spite of Booker’s late-in-the-game rise, which may be “too little too late,” according to Clayton. Other polls have shown McGrath in the lead, even as she has struggled to overcome some campaign missteps.

Soon after she announced her run, McGrath said that she would have supported the nomination of now-Supreme Court Justice Brett Kavanaugh, who has been accused of sexual assault, then quickly reversed course.

The 45-year-old former fighter pilot has struggled to define herself too far from the center, observers say, while Booker has taken a number of progressive stances that Democratic voters in Kentucky may find refreshing in a traditionally conservative state. He supports Medicare For All, criminal justice reform and the Green New Deal.

McGrath’s campaign declined to comment for this article, but provided JI with a position paper in which the senatorial hopeful lays out her views on Israel and the Middle East.

“After having operated in the Middle East for many years as a U.S. Marine, I see and appreciate the unique security requirements of our closest ally in the region, Israel,” she writes.

“Having been a part of the close military and intelligence collaboration and bond between the U.S. and Israel during my career,” McGrath continues, “I fully believe the continued security of Israel and its people are essential and are in the United States’ interest, and I believe a two-state solution to the Israeli-Palestinian conflict is fundamental to Israel’s security.”

McGrath observes that “Iran and its Iranian Revolutionary Guard Corps continue to be the largest destabilizing influence in the Middle East today,” noting that the United States should recommit to the Iran nuclear deal, “perhaps one with indefinite time duration, rather than the 8-10 years the Obama team negotiated for most of the 2015 deal’s provisions.”

Booker’s team did not respond to repeated requests for comment.

It is unlikely that the race will be decided today given the number of absentee ballots that need to be counted. There could also be complications at voting sites, as Lexington and Louisville, two of the largest cities in Kentucky, will only have one polling place each — measures taken amid the coronavirus pandemic that could cause unexpected problems on Election Day.

If all goes as planned, McGrath will skate to victory in a race that also includes Mike Broihier, a farmer and former Marine, who is expected to garner single-digit support.

But Booker’s candidacy poses a much bigger threat. McGrath — who narrowly lost her bid for a House seat in Kentucky’s 6th congressional district two years ago — appears to be taking her opponent seriously, having spent more than $3 million on TV advertising in the past week.

Those who have closely followed the race are aghast at the lack of enthusiasm for McGrath’s candidacy.

A McGrath loss “would be one of the greatest pratfalls in the history of American politics,” Al Cross, director of the Institute for Rural Journalism and Community Issues at the University of Kentucky, told JI. “I don’t think she’s going to lose, but she could.”