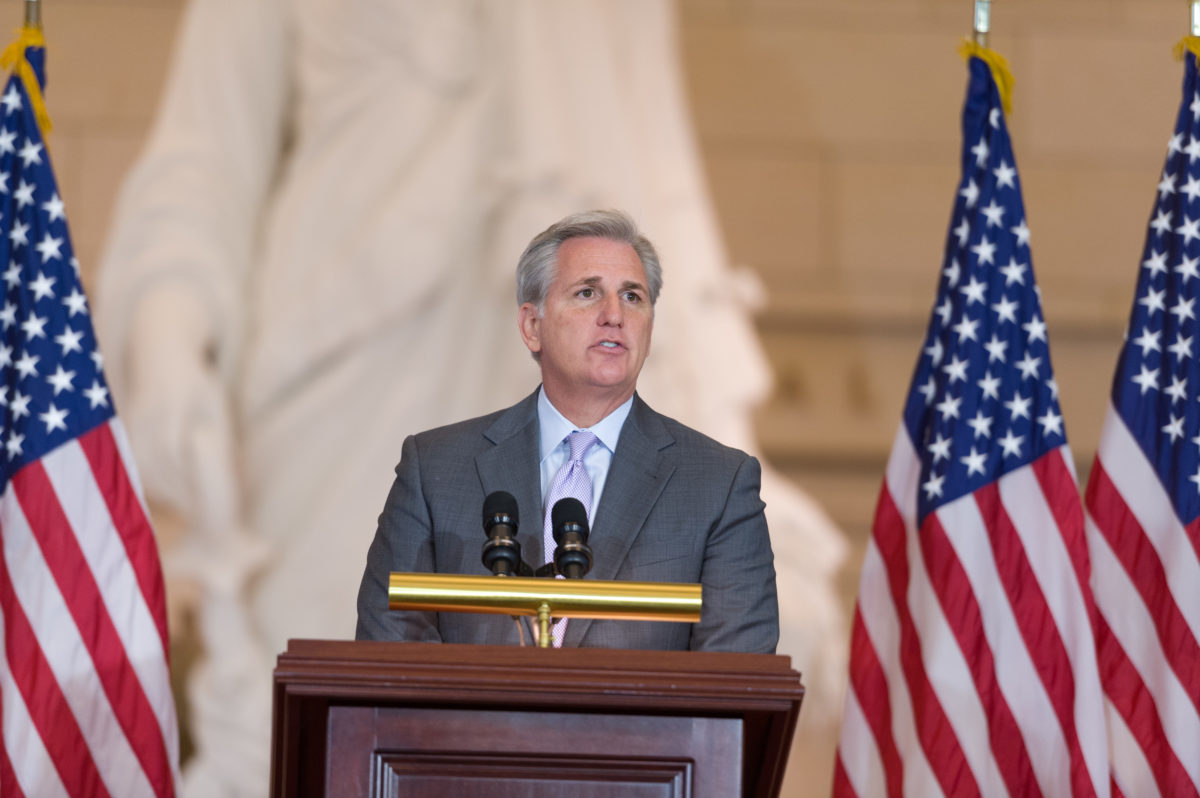 McCarthy Commemorates the 150th Anniversary of the 13th Amendment

Democrats are questioning the motivations of House GOP leadership, which failed to sign a   letter urging more protection for Israel’s northern border. Republican House leadership told Jewish Insider on Monday that they didn’t have the time to sign the letter.

A House Democratic aide said it was being “charitable” to say that House Republican leadership ran out of time to sign the bipartisan letter sent to President Trump Monday night, which gathered nearly 400 signatures.

“The other two possible explanations is that they [GOP leadership] only stand up for Israel when it’s partisan, or that the letter implies a criticism of the administration’s handling of Syria,” the Democratic aide told JI.

“It was circulating for almost two months, how does every other leader in membership remember to sign this and not the top three Republicans?” the aide questioned.

House Speaker Nancy Pelosi (D-CA) also failed to sign the letter. A spokeswoman for Speaker Pelosi did not respond to a request for comment.

The letter, which reaffirms U.S. support for Israel, calls for more pressure on Iran and Russia related to their actions in Syria and more sanctions on Hezbollah, was a significant item on the March lobbying agenda for the American Israel Public Affairs Conference (AIPAC).

The letter was touted as bipartisan and bicameral support for the threats on Israel’s northern border. The pro-Israel lobby further sent out action alerts to its members in April and May, the latter signaling the deadline to sign the letter.

Kaylin Minton, spokeswoman for the ranking member of the House Foreign Affairs Committee, Rep. Mike McCaul (R-TX), responded to an inquiry by Jewish Insider about the lapse in getting the leadership signatures. “All of our Republican leadership has been very clear through their actions, statements, and voting records that they stand with the people of Syria and support the issues outlined in our letter,” she wrote in an email to JI. “Any suggestion otherwise would be a gross manipulation of the facts and purely political.”