New York’s Jewish Community Relations Council told Jewish Insider that it won’t engage with Santos, and has disinvited him from its congressional breakfast 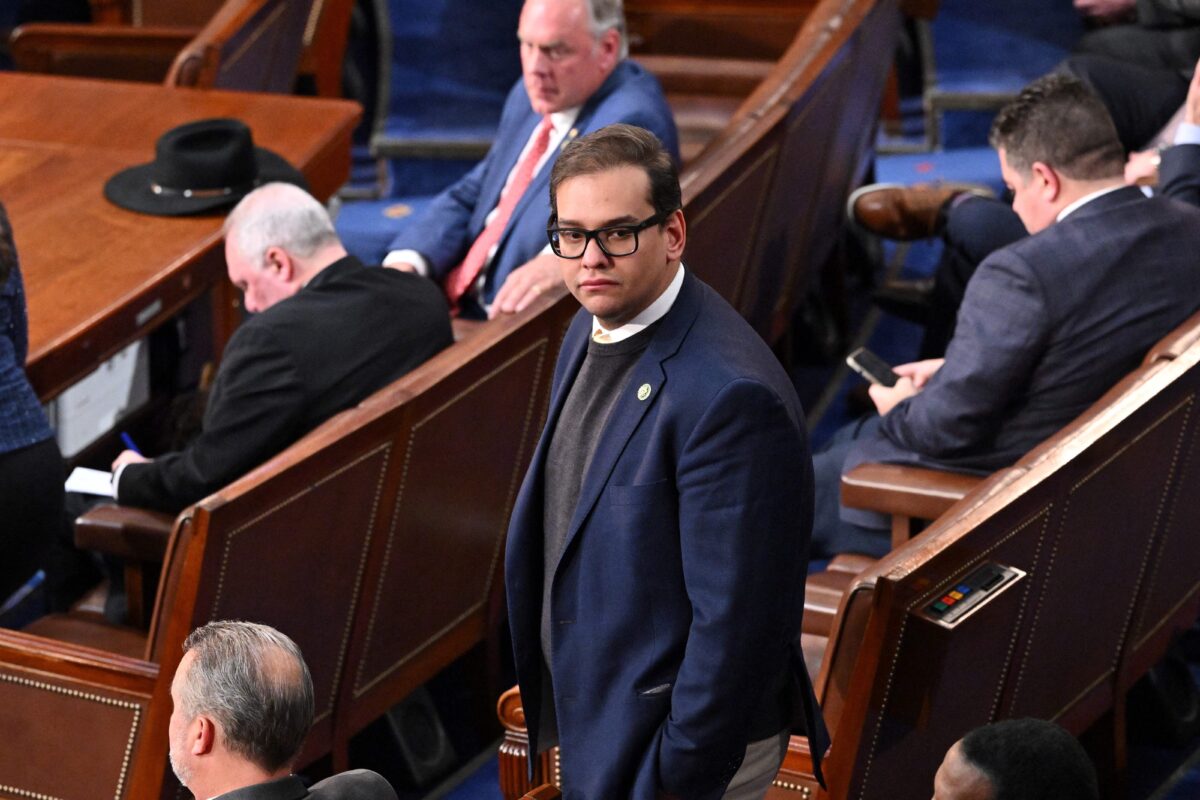 Rep. George Santos looks on as the House of Representatives continues voting for new speaker at the US Capitol in Washington, DC, January 5, 2023.

As the pressure mounted on the Long Island Republican, the Jewish Community Relations Council of New York told Jewish Insider that it will also dissociate with Santos, including barring him from its upcoming annual breakfast. Santos, however, remains defiant, and House Speaker Kevin McCarthy (R-CA) suggested he won’t face consequences from the Republican conference.

D’Esposito, who shares representation of Nassau County with Santos, became the first House Republican to call for Santos’ resignation during a press conference organized by the Nassau GOP.

D’Esposito said that Santos had violated the trust of his voters, and that he “will not associate with him in Congress and I will encourage other representatives… to join me in rejecting him.” The New York congressman said later in the day that Santos’ lies about being the descendant of Holocaust survivors were what prompted him to call for Santos’ resignation.

“I wanted to make it very clear that that is not our brand. That’s not what we stand for,” D’Esposito said. “The district that I represent has a heavily Orthodox Jewish population and Jews in general, and the fact that he claimed that he was Jewish, that he had family who escaped the Holocaust, that’s just not something that I can tolerate.”

D’Esposito was joined by Langworthy, who also chairs the New York Republican Committee; LaLota, who represents Suffolk County and was the first House Republican to call for an investigation of Santos; and Williams. Rep. Andrew Garbarino (R-NY), who also represents part of Long Island, declined to comment because he is on the Ethics Committee, which has been asked to investigate Santos.

Gideon Taylor, the CEO of JCRC-NY, told JI on Wednesday that Santos had been disinvited from the group’s upcoming congressional breakfast — one of the group’s hallmark events and its first in-person event since the pandemic — and that the JCRC will not associate with Santos going forward. The group cultivates relationships with elected officials in New York at various levels.

“It’s everything we’ve seen, it’s this falsified background, the lies, the weaving in of a false Jewish history, a Holocaust connection,” Taylor said. “I think we — along with everyone else — [have] been shocked.”

“I don’t see a way in which we’re working with him going forward,” he continued. “It’s just a breakdown of trust.” He declined to speculate on how the JCRC might address potential issues within Santos’ district requiring federal attention. He also said that the JCRC has not taken a position on whether Santos should resign. 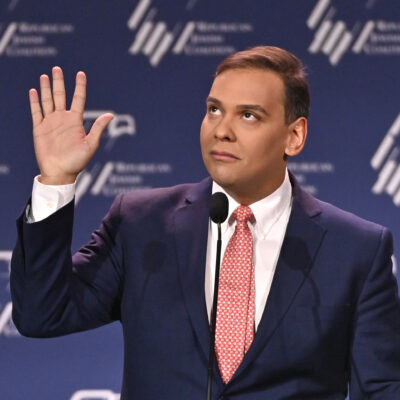 Nassau County Executive Bruce Blakeman, who is Jewish, said at the Nassau GOP press conference that Santos’ lies about his Jewish heritage had been especially offensive.

State Sen. Patricia Canzoneri-Fitzpatrick, a Republican whose district includes the Five Towns, which has a sizable Orthodox Jewish community, said, “what he did regarding his religious status was exceptionally offensive.”

McCarthy told reporters yesterday that Santos “is going to have the opportunity” to “try to build the trust here” in Congress, and suggested that Republicans will not take formal action against him unless he is indicted. He did indicate, however, that Santos will not be given preferential committee assignments.

When a reporter noted that Santos had fabricated parts of his resume, McCarthy responded, “And so did a lot of people here, in the Senate and others.”

Several Nassau County officials said they would not refer constituent services casework to Santos’ office — D’Esposito has offered to take up the additional caseload instead — and would block Santos from local events and meetings.

“He’s disgraced the House of Representatives, and we do not consider him one of our congresspeople,” Nassau GOP Chairman Joseph G. Cairo Jr. said.

In a tweet responding to the calls, Santos said, “I will NOT resign!” and added that he “regret[s] to hear that local officials refuse to work with my office to deliver results to keep our community safe and lower the cost of living.”

Nassau Republican officials said that the Queens Republican Party had initially introduced them to Santos “not enthusiastically” when he ran in 2020, and noted that he had little competition in that first primary. But they also acknowledged that their vetting process had failed to unearth his record of falsehoods.