'Anyone meeting with people advocating that point of view, in my judgment, are highly unlikely to ever be elected President,' McConnell said 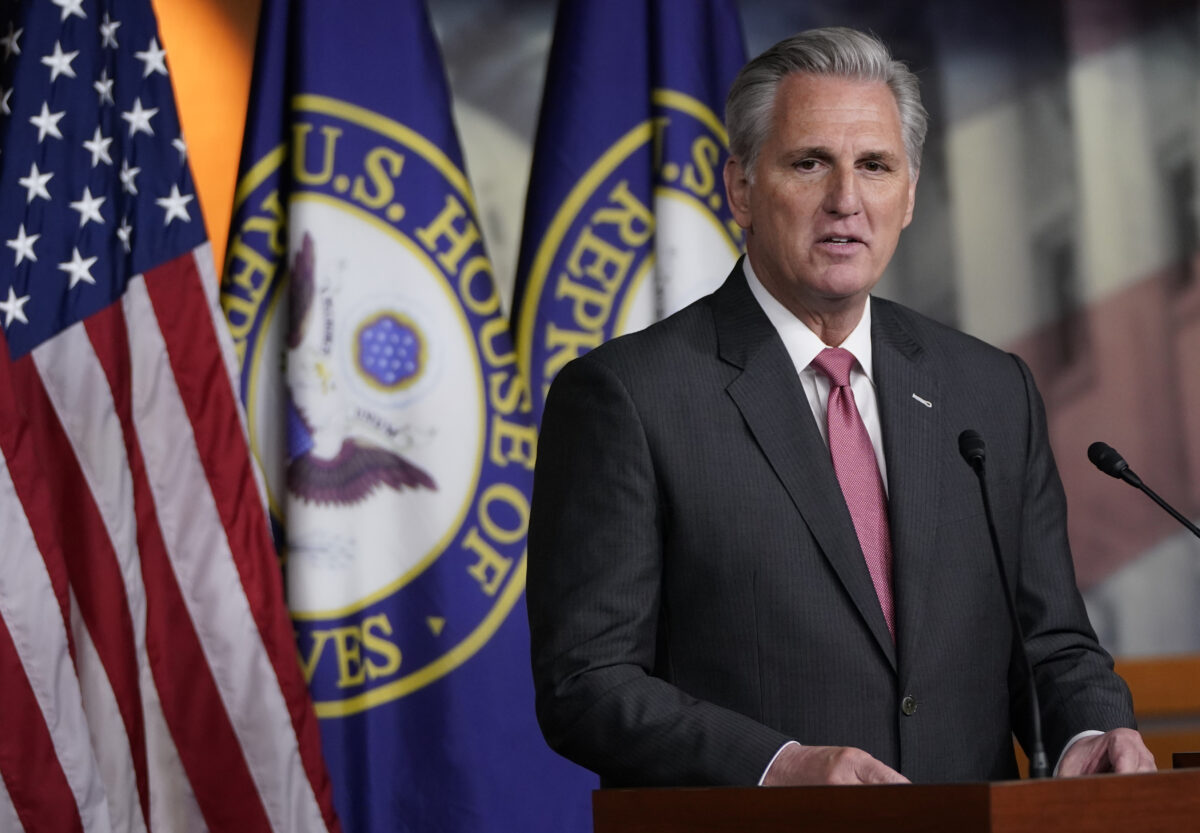 “There is no room in the Republican Party for antisemitism or white supremacy. Anyone meeting with people advocating that point of view, in my judgment, are highly unlikely to ever be elected President,” McConnell said, while not mentioning Trump directly by name.

Trump, in response, called McConnell a “loser” in a Fox News interview later in the day.

McCarthy, who is seeking the speakership, focused his comments on Fuentes, avoiding direct condemnation of Trump.

“The president can have meetings with who he wants; I don’t think anybody, though, should have a meeting with Nick Fuentes,” McCarthy said. “I condemn his ideology; it has no place in society at all.”

McCarthy defended Trump, repeating the ex-president’s claims that he did not know Fuentes — not addressing Trump’s apparent invitation to West — and claiming, incorrectly, that Trump had condemned Fuentes four times.

The Republican leader further claimed that Rep. Marjorie Taylor Greene (R-GA), who spoke at a Fuentes-organized conference earlier this year, had denounced the white nationalist leader. Greene had not previously done so publicly, but tweeted Tuesday afternoon that she denounced him, before criticizing “the media” for being “obsessed with [Fuentes].”

McCarthy has said he intends to reinstate Greene and Rep. Paul Gosar (R-AZ), who has addressed Fuentes’ conference twice and met with the far-right provocateur on other occasions, to their committee seats in the Republican-controlled Congress.

Rep. Dan Crenshaw (R-TX), who has been a top target of criticism from Fuentes and his followers, told Jewish Insider that he didn’t “really have a comment” on the Trump meeting, but said “Nick Fuentes is a piece of shit, I know that,” adding that “everyone” should know that.

Rep.-elect Mike Lawler (R-NY), who was elected with support from his district’s Jewish population, joined the small number of rank-and-file House Republicans who have condemned the meeting, tweeting that “the scourges of white supremacy and antisemitism have no place in our society — let alone a seat at the table — now or ever.”

Speaking to Fox News, Trump said, “I had no idea what [Fuentes’s] views were, and they weren’t expressed at the table in our very quick dinner, or it wouldn’t have been accepted.”

But he defended meeting with West, who has made a string of antisemitic comments in recent weeks, saying that the rapper had “asked to see me for advice” following “financial difficulties.” Many of West’s business partners have cut ties in response to his comments.

Trump also brought up his record as a supporter of Israel, claiming “nobody has to prove or be defensive of me and Israel” and “they have acknowledged that I’m the best friend and president to Israel.” He also boasted, “I gave them the embassy in Jerusalem.”