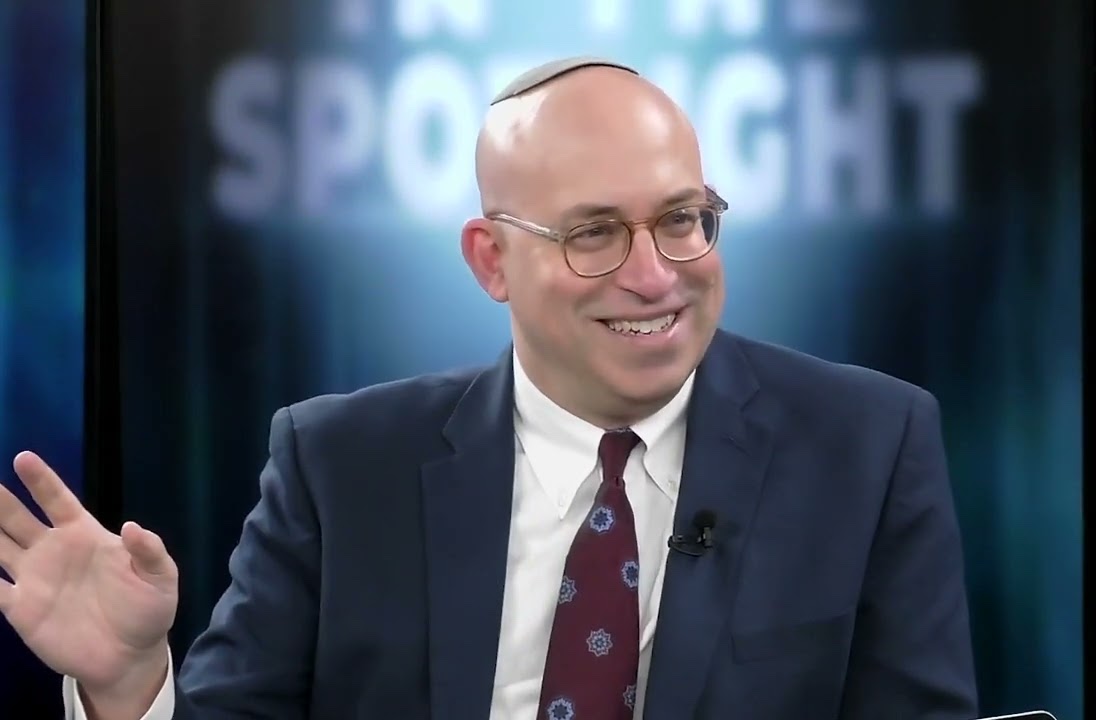 On this week’s episode of Jewish Insider’s “Limited Liability Podcast,” co-hosts Rich Goldberg and Jarrod Bernstein were joined by Yehuda Kurtzer, president of the New York-based Shalom Hartman Institute of North America, for a discussion on the Jewish community’s “tent,” anti-Zionism and antisemitism and the future of Jewish-Christian and Jewish-Muslim relations.

Below are selected portions of the conversation.

You saw a lot of work in the Catholic Church and some of the Protestant churches around rethinking the nature of that relationship. A lot of that has just been challenged by the last 20 or 30 years, especially as relates to Zionism. We’ve seen the emergence in the progressive side of the church in a number of Protestant denominations with a growing number of anti-Israel BDS [Boycott, Divestment and Sanctions] resolutions, which are not merely political.

They wind up oftentimes trafficking in all sorts of theological rhetoric. It’s like almost [that] the Jews are falling short of who we’re supposed to be in the world through the existence of Jewish power. That story — we could spend a lot of time on that — but that story is in parallel, in many ways, with Muslims. Obviously, the creation of the State of Israel totally throws the relationship between Jews and the Muslim world into turmoil.

It results in, essentially, the collapse of most of the Jewish communities under Islam where Jews lived in the Middle East. Our work has been, in America, trying to create opportunities to see whether Jews and Muslims in America could actually have a conversation about what the State of Israel does to the relationship that could be between our communities, but both of them are really challenged by the prevalence of the political in this relationship.

Bernstein: Dr. Kurtzer, can you tell us about the correlation of anti-Zionism and antisemitism, and does one equal the other, and how do we parse that? I know that that’s something that gets a lot [of coverage] these days. I’m sure Rich and I probably have different definitions of certainly the former but not the latter, but interested to hear you weigh in here.

Kurtzer: Well, I think, by the way, that’s data in and of itself. If you and Rich have different categories, if you agree on one but disagree on the other, that’s data, because if Jews are going to disagree about this and can do so publicly, OK, well, then there’s what to talk about? Look, I don’t think the question is, is anti-Zionism antisemitism? I think the question is, when is anti-Zionism antisemitism?

Goldberg: States around the country are endorsing this definition [of antinsemitism]; the International Holocaust Remembrance Alliance. IHRA, for those who aren’t familiar, has a working definition of antisemitism. Yes, I would say, unfortunately, there are Jews who espouse views that fall under that definition. It feels weird to say you are a Jewish antisemite. I think we have a difficulty here. If you are Jewish Currents, if you are Peter Beinart, if you’re IfNotNow, and your whole MO is just to label Israel an apartheid state and isolate Israel, or undermine Israel, putting Jews at risks, I don’t know what we call that, otherwise. I don’t know how we normalize that as a community.

Kurtzer: That’s the work. Listen, some of the people you mentioned, they’re friends of mine, they’re colleagues of mine, I don’t characterize them as being antisemitic. I think what you just said, Rich, is too easy of a shortcut. Since I have a terminology, which is antisemite. I have to label them something in order to be able to really oppose them and fight against them. I just don’t think that’s true.

Goldberg: Obviously, everything’s under a microscope, but the question I have is, ‘Do young Jews understand that, my God, we have so many people who hate us and want to kill us and want to destroy us?’ We don’t need to do it to ourselves.

Kurtzer: Again, I think I want to divide between what I think are a lot of very well-meaning and very well-intended people who believe that their actions in being critical of the State of Israel stem from the fact that Jews have the ability to shape our own destiny. There’s something inherently Zionist about it. Any Jew who believes that they actually can take some control of history and shape it and make it different, is, in some ways, influenced by Zionism. That was our great accomplishment. I think a lot of the folks who are most publicly critical of Israel are doing so because they think they have a moral responsibility at a particular time of history to help Israel to correct its flaws. You and I may think that that’s the wrong way to go about it and that it’s going to be ineffective. By the way, those two things can be different. I happen to think that’s more ineffective and not as troubled as an inherent act of an angry anti-Israel tweet. In part because it’s largely powerless.

Kurtzer: “I got to tell you, it’s a hobby of Jewish leaders to constantly be looking for figuring out, ‘Where can I draw the tent to exclude people?’ You know what? There’s something satisfying about it: ‘That person, I have nothing to do with them, they’re outside my tent and outside my community.’ But as a habit, it doesn’t actually wind up enriching the story of Jewish people, and it actually just winds up narrowing it. By the way, staying with our tent metaphor, if you spent all the time at the poles, you’re never in the middle of the tent doing the thing inside the tent that you were supposed to do. I would rather be inside the Jewish people, talking about all of the richness and majesty and all the things that we care about — what the State of Israel is for, what it’s supposed to do — and try to figure out how to make that tent big enough for as many people who eventually want to make their return back to the center as… want to. It’s not that I disagree with you that there aren’t people who drive me crazy who I wish I could just basically kick out. Of course, there are, we might not have the same people. I just think it’s a bad hobby for the Jewish community. It’s one that we engage in because we like the politics they’re involved with, but not necessarily because it’s in the interest of Jewish peoplehood.”

Bonus: Favorite Yiddish word or phrase? “Goyim nachas, gentile’s delight.” Future of outfielder Aaron Judge with the New York Yankees? “I think he’s going to sign… I would say a 3% chance that he goes to Anaheim, other than that, I think it stays.” Favorite New York restaurant? Izzy’s on the West Side of Manhattan.