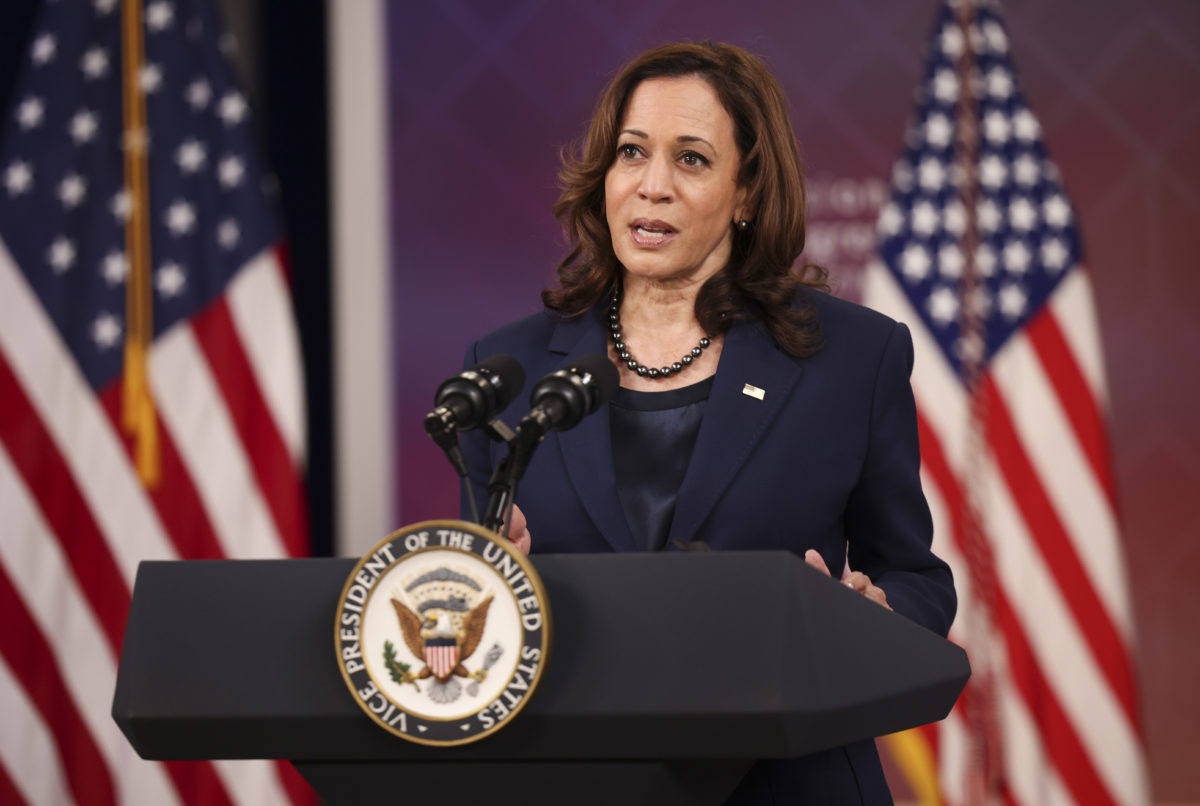 The Biden administration pledges to “fight antisemitism and hate of all kinds, and call it out wherever it exists,” according to the text of an address Vice President Kamala Harris will deliver tonight at the Anti-Defamation League’s virtual Never Is Now conference.

“I want to be very clear about this: When Jews are targeted because of their beliefs or their identity, when Israel is singled out because of anti-Jewish hatred: that is antisemitism, and that is unacceptable,” Harris is set to say, according to a copy of her speech obtained by Jewish Insider.

The speech marks Harris’s first public event with a Jewish organization following criticism she received from some Jewish leaders in September, after she did not challenge a George Mason University student who accused Israel of “ethnic genocide” in a question addressed to the vice president. ADL CEO Jonathan Greenblatt tweeted at the time that he had spoken with Harris’s office and was “looking [forward] to a clearing of the record so there’s no ambiguity that what that student said was hateful/wrong.”

Harris met with Israeli Foreign Minister Yair Lapid in Washington last month, where she expressed America’s commitment to the “security of the people of Israel.” Lapid called Harris “one of the best friends Israel has in Washington.”

“In two days,” Harris plans to say, “we will mark 83 years since Kristallnacht, a night of unthinkable evil that foreshadowed more evil to come.”

“We know that antisemitism is not a relic of the past,” according to Harris, who makes note of the violent Unite the Right rally in Charlottesville in 2017 and the massacre at Pittsburgh’s Tree of Life synagogue three years ago. “In recent years, the Jewish-American community has faced an alarming rise in hate crimes.”

According to data from the FBI, hate crimes against Jews made up 58% of all religious bias crimes last year, although reported antisemitic hate crimes dropped slightly in 2020 from 2019 — a decline largely attributed to the pandemic, when fewer Jews gathered in-person. A recent survey from the American Jewish Committee found that 82% of Jewish Americans think antisemitism has increased in the last five years.

“President Joe Biden and I are fully committed to fighting antisemitism,” Harris will tell conference attendees. “We know a harm against one of us is a harm against all.”