Some analysts believe that Wright, the Trump-endorsed widow of the former congressman, has underperformed against State Rep. Jake Ellzey 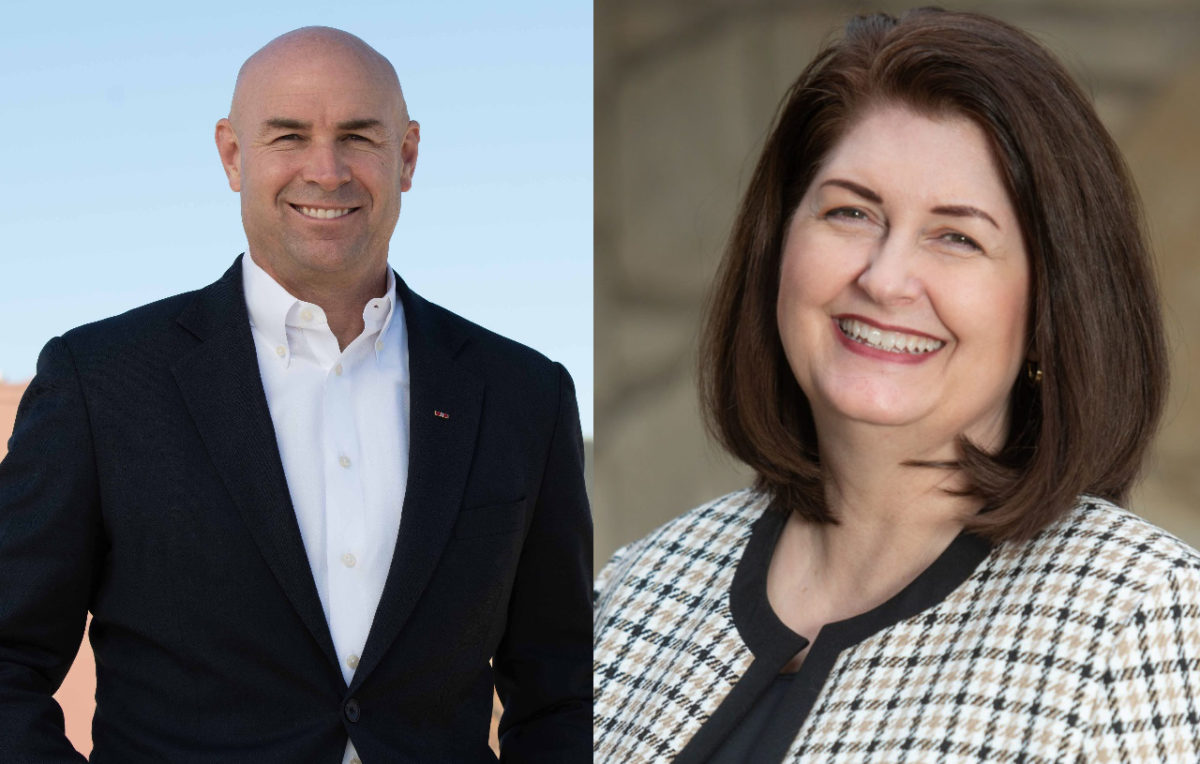 Texas State Rep. Jake Ellzey, one of two candidates in tomorrow’s special election runoff in Texas’ 6th Congressional District, has significantly narrowed the gap between himself and presumed frontrunner Susan Wright in the race to succeed Wright’s late husband, some political observers in the region told JI. But, analysts say, Wright is still likely to come out on top.

The Dallas-area seat has been open since early February, when Rep. Ron Wright (R-TX) died of COVID-19 complications. Wright finished first in the all-candidate, all-party special election on May 1 with 19% of the vote to Ellzey’s 13.8%.

“Susan Wright is still the favorite, but this race is much closer and more competitive, and more uncertain than a lot of people thought,” Matthew Wilson, a political scientist at Dallas’ Southern Methodist University told Jewish Insider. “Ellzey is probably the stronger of the two candidates, just in terms of background and experience and candidate skills. He has picked up some important local endorsements, to kind of counterbalance the Trump endorsement of Susan Wright. And so I think this really is a race that could go to either candidate.”

Wright, Wilson added, “doesn’t have as clear a message… about why she’s the best choice for the seat.”

Cal Jillson, another political science professor at SMU — who told JI before the May 1 special election that he did not think Ellzey would be competitive in a head-to-head matchup with Wright — now offers a similar assessment.

“The Wright campaign got off to a strong start… The campaign just doesn’t seem to have followed through and developed momentum. So I think that she’s still maybe even-money to win the race,” Jillson said. “Ellzey has more experience as a political candidate being on the stump and speaking to the issues.”

But not every observer agrees. Wright released a poll — conducted from July 19 to 21 — on Thursday showing her 10 percentage points ahead of Ellzey among 400 voters in the district, although it’s unclear what percentage plan to vote on Tuesday. That’s also a notably smaller lead than an early June poll, which put Wright 15 points ahead.

“I do not think the trajectory has been changed. The trajectory was that she was going to win, and I think that’s probably still correct,” a political consultant close to the Texas congressional delegation told Jewish Insider. “The question that I don’t think anyone can answer… is what turnout’s going to look like.”

The consultant’s sentiment was echoed by Mark Jones, a political science fellow at Rice University in Houston, who said that Wright’s local, statewide and national endorsements — particularly Trump’s — would make it “very difficult for Jake Ellzey to have any hope of victory on Election Day.”

Even though Jones rates Ellzey’s chances of victory lower than some others, he said, “I don’t think there’s any question that Jake Ellzey is running a better campaign” than Wright.

One sign of possible weakness for Wright is that Ellzey, who represents Waxahachie, has significantly outpaced her in fundraising — pulling in $1.7 million to Wright’s $741,000 as of earlier this month. But since the May election, Wright has benefitted from more than $800,000 in anti-Ellzey attack ads from the anti-tax PAC Club for Growth. A group affiliated with the With Honor Fund, a PAC backing veterans running for office, has spent around $203,000 on the race. Ellzey served as a fighter pilot in Afghanistan and Iraq.

The consultant acknowledged that Wright “has not been a great candidate” but said if she was particularly weak “then she should be behind” in polls.

“It was Ellzey’s job to kind of shake up the race. And I don’t get the sense that he has done that,” the consultant said.

If Ellzey does manage to pull off a win, or even come closer than initially expected to Wright on Tuesday, his election would likely set off a wave of questions about the continued power of Trump’s endorsements. But local analysts said they feel that Wright will likely sink or swim based on her own candidacy, rather than Trump’s endorsement.

“We already saw the power of the Trump endorsement in the [special election],” the consultant said. “Whoever wins [Tuesday], it’s going to be organizational, or it’s just going to be pure name ID.”

The former president has become somewhat more active in the race in its final days, issuing a new statement of support for Wright and recording a robocall on her behalf in recent days, but has been mostly inactive in the district for the duration of the campaign

“It’s not as if Trump has been an active, visible presence in this district,” Wilson said. “Moreover, it’s not as if Ellzey is running as an anti-Trumper. The race is really not a referendum on Trump’s role within the Republican Party.”

As with most special elections, this race will ultimately come down to turnout, observers say. As both candidates are ideologically similar, the divisions in their support bases are largely geographic, analysts said. Wright is stronger in Tarrant County, in the northern part of the district — where more voters live — while Ellzey has more support in and around the Waxahachie area in the southern portion of the district.

The biggest wildcards in the race will be how voters who supported other candidates in the first round election vote — if they turn out at all — and whether Democrats show up to support Ellzey as a move to oppose Wright, and by extension, Trump.

“If the only people that show up are the people that initially were supporting one of these two candidates, then obviously Wright’s got a strong advantage because she got more support in the first round,” Wilson said. “If some of these people who supported other candidates, including the 40% who actually supported Democrats in the first round, are motivated to vote, then it’s much more up in the air and Ellzey has a real chance.”

But turnout is likely to be much lower than in the last election.

“If Ellzey turns out everyone that voted for him last time, I think [he] probably wins the race, just because of how low I think turnout’s going to get,” the consultant argued.

Jones told JI before the May special election that Ellzey could pose a threat to Wright if he mobilized Democrats, a strategy the candidate chose not to pursue. According to Jones, appealing to Democrats would likely have dented Ellzey’s support among Republicans.