‘The opposition that Barack Obama received, and frankly, Hillary Clinton received, [that] Joe Biden receives, comes from an Orthodox community’ 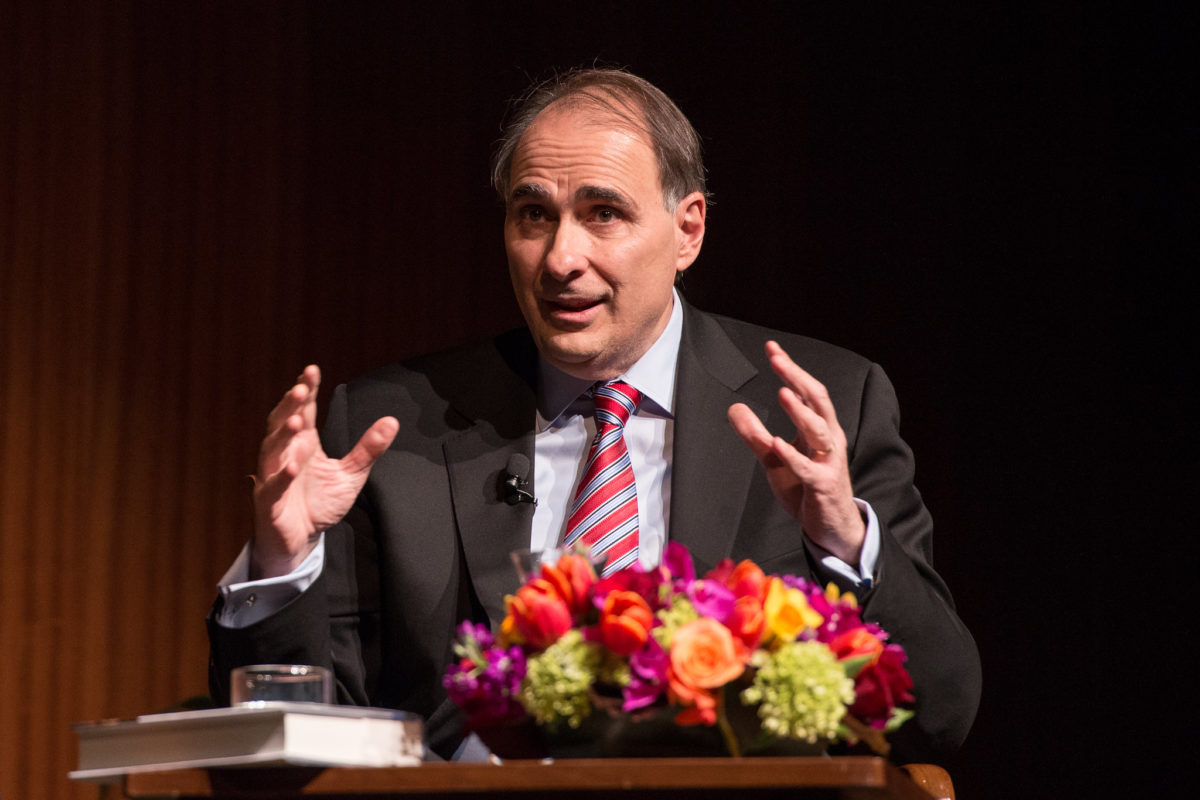 Political strategist David Axelrod joined Friends of the LBJ Library members to speak about his memoir, "Believer: My Forty Years in Politics," at the LBJ Presidential Library on February 25, 2015.

David Axelrod, the former White House advisor to President Barack Obama and current CNN contributor, attempted to draw a correlation between religious observance and political views among Jewish voters during a Zoom conversation on Monday evening.

Axelrod, who was a top strategist on both Obama’s 2008 presidential run and his 2012 reelection bid, made the comments at an event hosted by the Bennett Center for Judaic Studies at Fairfield University.

Later on in the conversation, Axelrod, who currently heads the University of Chicago’s Institute of Politics, doubled down on his concerns over the Orthodox community’s growing influence in politics.

“Certainly, there are places, in New York for example, where you’ve seen a growing ultra-Orthodox community becoming more active in politics,” he said. “And I think there will be some of that effect. The question is whether the rest of the Jewish community stays, remains politically active. And I think it’s really important that that be the case.”