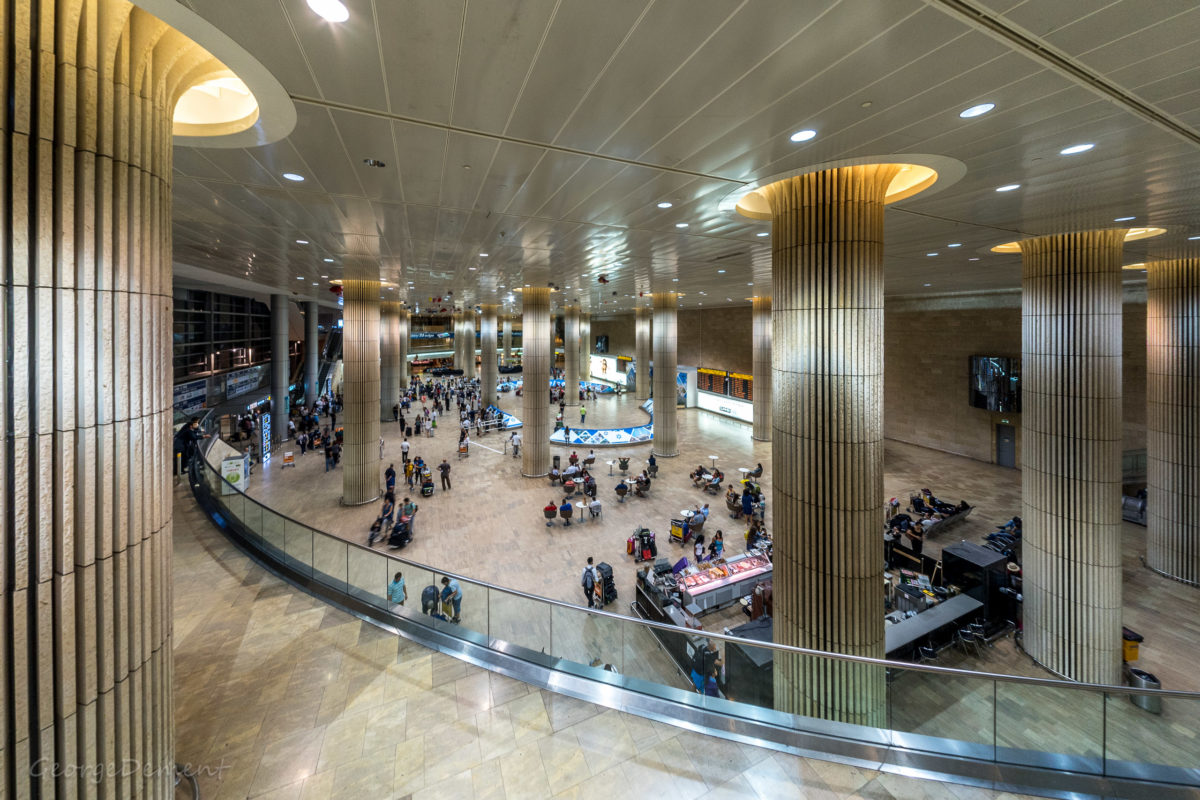 The arrivals hall at Ben-Gurion Airport in Tel Aviv.

Israel’s ongoing airport shutdown due to the pandemic has become a lightning rod of controversy in the upcoming election, with just over three weeks until Israeli voters head to the polls on March 23.

Transportation Minister Miri Regev said Sunday that the government is working on a plan to allow Israelis who want to vote to return to Israel in order to do so, amid a wave of criticism that the issue is being politicized. Any such plan — whose details are still scant — would require approval by the government. Several options are reportedly under discussion, including transporting arriving Israelis to quarantine hotels and allowing them to vote from the hotel. Israel’s coronavirus cabinet is slated to meet on Monday.

The Israeli Central Elections Committee on Sunday ruled against an appeal by two Israeli citizens living in the Czech Republic to enable absentee voting in light of COVID-19 travel restrictions. Central Elections Committee director-general Orly Adas noted that Israeli law explicitly bans overseas voting — except for ambassadors, envoys and emissaries, who are able to vote in Israeli consulates. Any change to the law to extend such voting rights to average citizens would need to take place this week, as embassy voting begins on March 11. Israel’s High Court is slated to hold a hearing on Thursday on an appeal from the two Israelis in the Czech Republic.

Currently, Ben-Gurion Airport is essentially shut through March 6. An extension of the closure is uncertain, although one Health Ministry official said recently that the airport could remain closed through Passover. At the moment, any Israeli who wishes to enter (or exit) the country must apply for explicit permission from the Exceptions Committee, which is granting entry to 200 citizens per day, who arrive on so-called “rescue” flights via either New York or Frankfurt, Germany. The Exceptions Committee does not currently accept voting as a legitimate reason for granting entry. The committee has come under heavy criticism in recent days, after reports claimed that the vast majority of those granted entry are ultra-Orthodox.

Defense and Justice Minister Benny Gantz vowed on Saturday not to allow the airport closure to be extended without a plan in place to allow Israelis abroad to vote — as well as the addition of a representative from the Justice Ministry to the Exceptions Committee. In a letter to Attorney General Avichai Mandelblit on Saturday, Yesh Atid leader Yair Lapid accused Prime Minister Benjamin Netanyahu of controlling the flow of Israelis into Israel in order to help his election chances. “What is happening at Ben-Gurion Airport is not an Exceptions Committee, but an Elections Committee,” Lapid wrote.

Labor candidate and former MK Nachman Shai said that his entry into Israel from the United States was finally approved following three consecutive applications to the Exceptions Committee — thanks to “media pressure and the public reaction,” he tweeted. “But thousands of Israelis are waiting abroad, who want to come back, want to vote. The Israeli government is cunningly denying them their democratic right.”

As expected, Israel’s Supreme Court on Sunday overturned a decision by the Central Elections Committee to bar Labor candidate Ibtisam Mara’ana from running. In an 8-1 decision, the justices voted to allow Mara’ana, running in the 7th slot on the Labor Party list, to remain a candidate for election, after the committee voted to ban her based on controversial past social media statements. Supreme Court Chief Justice Esther Hayut said that she “was not convinced that any of Mara’ana’s statements… amount in any way to support of an armed struggle, let alone the armed struggle of an enemy state or a terrorist organization.”