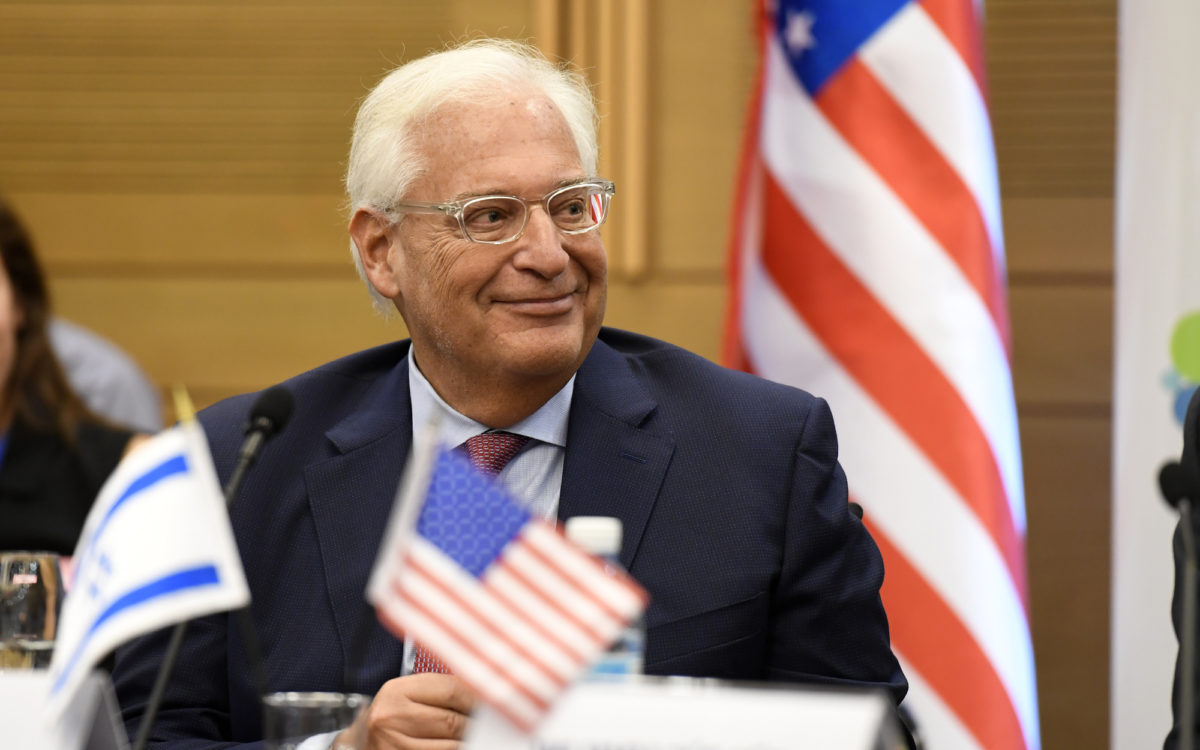 Friedman, who spoke during a Zoom call with Friends of the Israel Defense Forces, said that the Trump administration’s Mideast peace team is committed — “whether inside office or outside of office” — to continue working “to find a solution to the Israeli-Palestinian conflict, but not as a gating issue that prevents all other aspects of the region moving forward.”

“We are very proud of this historic development,” Friedman, who was late to join the call because he was on the phone with the White House, said of the Abraham Accords. “Whether we are privileged to serve the United States in office, whether we are, at some point, private citizens, we are committed to moving forward and to bring greater peace, prosperity and stability” to the Middle East. “I think the most important thing is that the U.S. has to be actively engaged. I’m not going to prognosticate about the future and the politics, but I think it has to matter. I think we need to recognize that if we don’t continue along this path it will be a massively lost opportunity.”

On the call, Friedman detailed the events that led to the historic normalization agreements between Israel, the United Arab Emirates and Bahrain. A senior Bahraini delegation is meeting with U.S. officials in Washington today to discuss strategic dialogue.

The ambassador emphasized that continuing to apply pressure on Iran would be key to maintaining the progress made by the Trump administration. “I’m not ascribing ill intentions to anybody,” Friedman said, without directly mentioning the incoming Biden administration. “I don’t think anybody in government, of any party, wants to see Iran get to the point of a nuclear weapon, but we have got to make sure that we pursue that policy [of maximum pressure].”

Asked to reflect on his tenure as ambassador, Friedman said, “I am probably going to write a book so I don’t want to give too much of it away right now.” But addressing the U.S.-Israel relationship, Friedman said that for him criticism of Israel is received differently when delivered by Israelis, as opposed to those in the U.S. “I have been very critical, over time, of my colleagues in America who I think are way too far to the left and don’t give Israel the benefit of the doubt, but I don’t do that here,” he explained. “If you live in Israel, if you send your kids to the army, if you pay your taxes here and you take the risks of being here, I think you have the right to be as left or right as you want. Everybody wants what’s best for the country, what’s best for their families.”

Friedman added that he wishes he could get more people in American to support Israel “the way I think, instead of other ways. But it’s OK. There are a lot of left people that don’t want Israel to prosper and to succeed.”