The income of the Friends of the Israel Defense Forces has dropped by half over the past few years, though the needs of new recruits continue 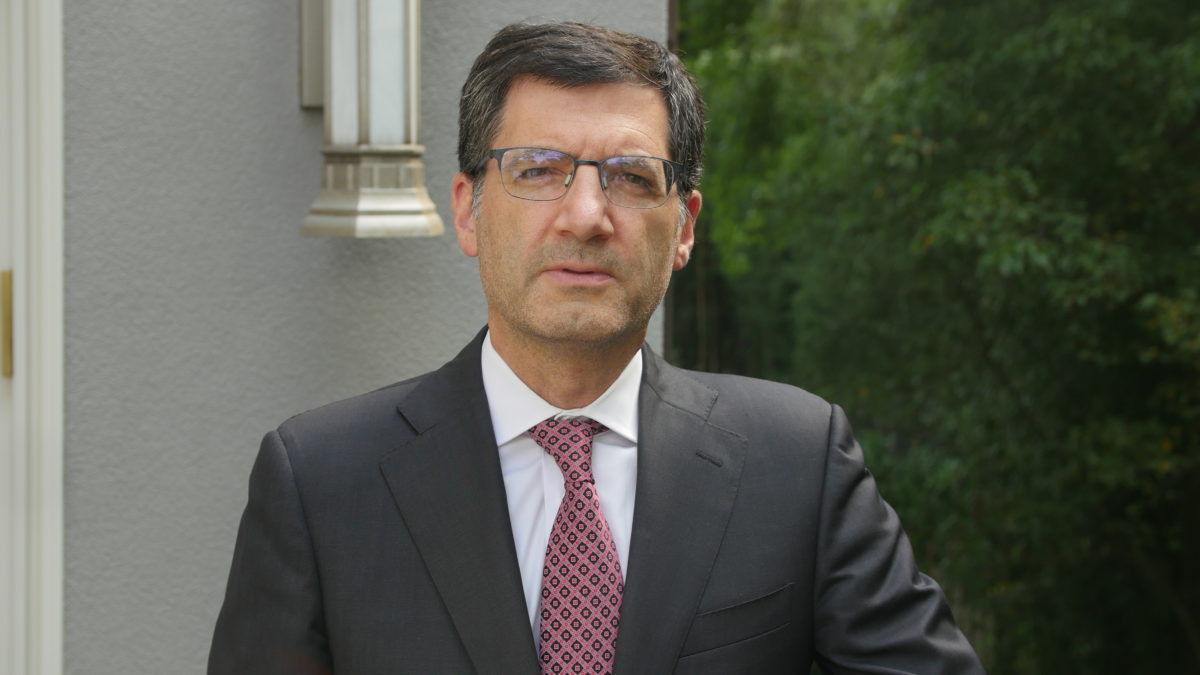 Rabbi Steven Weil has his work cut out for him. The new head of the Friends of the Israel Defense Forces (FIDF), Weil began his job six months into the global pandemic that has wreaked havoc on the philanthropic world at a time when the organization’s fundraising efforts were already on the decline.

Weil knows that the organization needs to shift its messaging in order to survive. “The perception of the FIDF is that it’s a military organization,” Weil said in an interview with Jewish Insider. “We’re not. We’re about education, diversity, about welfare and spirituality and social justice,” he said. “This is connecting Jew to Jew.”

It is perhaps that one-on-one connection that led Weil on the circuitous route to becoming head of the organization whose revenue recently exceeded $130 million annually, but has declined by more than half over the past two years.

Weil, 55, was senior managing director of the Orthodox Union beginning in 2009. The son of Holocaust survivors, he grew up on a large dairy farm in upstate New York, where he attended public school through 10th grade. He experienced antisemitism growing up, he told JI, and recalled having no Jewish community that extended beyond members of his family.

He became religious as a teenager, when Rabbi Shlomo Riskin personally sponsored his tuition at a Manhattan yeshiva. Weil went on to Yeshiva University, where he was ordained, earned an MBA at New York University, and worked as a congregational rabbi in Michigan and Beverly Hills before joining the OU.

Weil, who started at FIDF on September 15, said that he can’t explain why — aside from the impact of the COVID-19 pandemic — there has been such a dramatic decrease in fundraising. FIDF, which just two years ago brought in $133 million, is only expecting to raise $60 million this year, Weil said.

The decline in donations has not meant a decline in requests from the IDF, something Weil acknowledges he is worried he will fail to meet. In a typical year, FIDF provides services to 118,000 current and recent members of the IDF. That support ranges from providing holiday ritual items to assisting wounded veterans with medical and health services that Israel’s Defense Ministry is not always able to provide.

Unemployment in Israel has risen significantly because of the pandemic’s impact on the economy. One FIDF program provides food vouchers to soldiers whose family income falls below or near Israel’s poverty line. This year, FIDF provided $1.4 million to that program, said Weil. For 2021 the IDF has asked the FIDF for $8 million to fill that need. “I don’t know that we can do it,” Weil said.

Weil told JI that he plans to shift some of the way the FIDF runs its business.

Support for its core programs, which include underwriting four-year university scholarships for recent IDF veterans and funding therapeutic programs for veterans with post-traumatic stress disorder, will continue, Weil said. Another program, Project Overcome, takes recruits from difficult backgrounds who may have been in prison and have not been able to graduate from high school, puts them into a specialized program on a military base where they complete high school and are mainstreamed into regular army units.

FIDF also funds the building of recreation and residential centers for soldiers. There are currently about 100 such centers on military bases, and another 31 in the planning or construction phase, according to the organization.

But much of the work will not be continued unless Weil is able to turn around the organization’s fundraising trajectory. FIDF’s most successful fundraising events, galas hosted throughout the country, used to bring in tens of millions of dollars.

At its Western Division gala in 2014, for example, media mogul and longtime FIDF supporter Haim Saban pledged $34 million. At the 2018 gala in New York, FIDF raised $32 million. At this year’s virtual national gala, held in September, $15 million was raised.

“It’s not the same without the gala and the people in person announcing gifts,” said Ruth Schwalbe, the daughter of FIDF founder John Klein, who was a Holocaust survivor, in an interview. Schwalbe, whose family is in commercial real estate, continues to support FIDF. Today “there’s not much room for charity, especially in the real estate field.”

Schwalbe’s son, Jason, chaired FIDF’s young leadership division from 2006 to 2011. The group “would have an annual casino night fundraiser. It was by far the largest Jewish charitable party in NYC,” said the younger Schwalbe, who has stopped his FIDF involvement in order to spend more time with his young children, in an interview. “We would have well over 1,700 people at the Metropolitan Pavilion and would raise between $500,000 and 1,000,000 a year.”

Instead of in-person events, FIDF recently started a series of virtual events to go “behind the scenes” with influential military figures.

Weil said that between Saban’s personal and family foundation gifts, and the money he brings in through friends and colleagues in Los Angeles, Saban has been the FIDF’s largest single contributor of funds. Since Weil started at FIDF, Saban “as a mentor has been very helpful,” he said, adding that Sheldon and Dr. Miriam Adelson “are also significant donors.”

In non-pandemic times, the FIDF brings hundreds of Israeli soldiers and commanders to the U.S. for the galas and parlor meetings. It also brings hundreds of American Jews and Christians to visit Israeli military bases. “That hasn’t taken place since early February, and that is a factor and challenge in fundraising,” he said.

At the galas, big donors are often inspired to make new gifts, or announce gifts they have already committed. Virtual events don’t inspire the same level of generosity, noted Weil. But “coming out of COVID, we’re very optimistic about the future.”

Klifi-Amir, Weil’s predecessor, had been criticized for his salary, which according to 2018 tax records totaled $1.2 million that year. Weil declined to divulge the precise salary stipulated in his 3.5-year contract, but said it is less than half of what his predecessor earned.

Altogether, in the U.S., Panama and Israel, FIDF has more than 125 employees, said Weil. They work in 26 chapters, which are currently being organized into regional hubs.

Weil acknowledged that young Americans today are less inclined to be enthusiastic about supporting a military-related organization than they may have been in the past. So he intends to connect potential donors to FIDF by focusing on identity and relationship-building, an orientation he learned from running Birthright Israel trips while at the Orthodox Union.