On new podcast, Michael Oren discusses Wilson, Brandeis and the origins of the Balfour Declaration 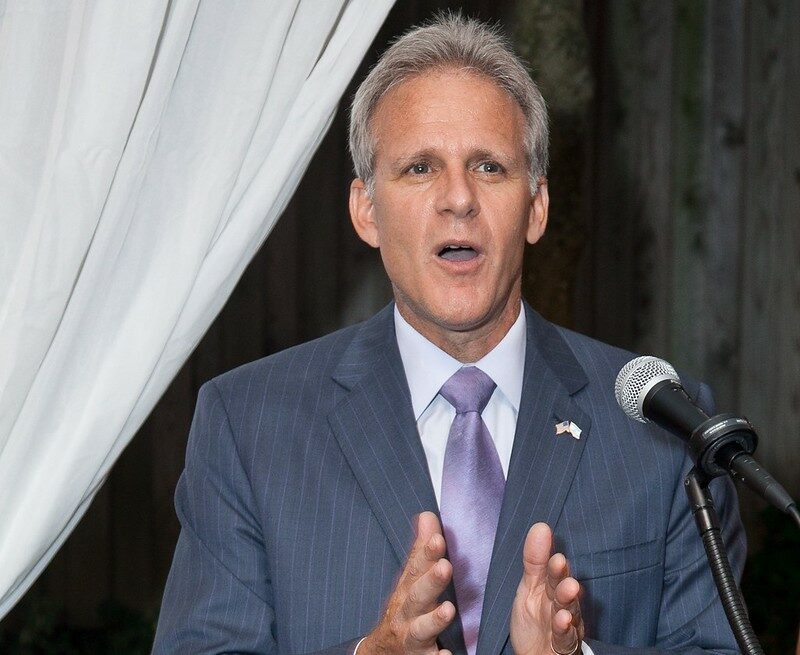 Historian Michael Oren, former Israeli Ambassador to the U.S. and Knesset Member in the 20th Knesset, discussed the lesser-known story of the U.S. the Balfour Declaration in a new podcast from The Washington Institute for Near East Policy.

Hosted by David Makovsky, the think tank’s Ziegler distinguished fellow and director of the project on Arab-Israel relations, “Decision Points,” a series of ten episodes, is the first podcast focused on the history of the U.S.-Israel relationship since the creation of the Jewish State. It features 30-minute conversations with key scholars and book authors.

Oren: “[Former President] Woodrow Wilson was — if you read his memoirs, his remarks, those of his wife Edith in particular — sort of what you call a garden-variety antisemite. And yet… he went against the advice of all of his senior counselors, including his Secretary of State Robert Lansing, his personal political adviser Col. Edward House, who were adamantly opposed to Zionism… But it was Wilson’s restorationist worldview, which at this precise moment in history… met up with a peculiar geostrategic situation that [was] obtained in 1917,” pointing to the Communist revolution in Russia and the fear that the Germans would issue a similar declaration.

Key relationship: The relationship between President Wilson and Louis Dembitz Brandeis, whom he respected when Wilson was governor of New Jersey, was key in persuading the U.S. to throw its support behind Arthur Balfour’s declaration when he visited the U.S. in 1917, Oren explains in detail. “Balfour was convinced that if he can get Wilson to sign on to this idea it will persuade the British government because they so need America in the [first World] War and he’s not getting anywhere with Wilson’s advisors. He needs to actually get into the Oval Office, he’s not getting there. He turns to Brandeis… Brandeis says to Balfour, ‘Don’t worry, I got it.’ He goes into the Oval Office, has maybe a half-an-hour meeting and walks out with Wilson’s approval of what would later become the Balfour Declaration. A pivotal moment in Middle Eastern history, Jewish history, and Israel history certainly, that short meeting between Brandeis and Wilson.”

The audience: Makovsky tells Jewish Insider that people are now consuming information differently than in the past — the number of podcast listeners has increased sharply in 2019, according to a recent survey — “and I think it’s very important for those of us who care about U.S.-Israel relations to basically meet people where they are through new media. The idea of interviewing authors who have written about different periods of the U.S.-Israel relationship is that by the end of ten episodes, people will feel they have a better grasp of the trajectory, the arc of history when it comes to this relationship.”

Essential alliance: Talking about the Balfour Declaration, Makovsky said those events are a reminder of the idea of alliances: “We are at a time where people are saying that we could withdraw from the Middle East. We don’t really need allies. But you know, we saw this with al-Baghdadi too, that it ultimately takes a village, so to speak, of allies that made the capture possible. Zionism always believed in two ideas and did not see it as a contradiction. It believed in the idea of self-reliance, but also making sure that you have very good ties with the leading countries of the time, which [in 1917] are Britain and the United States. I think that was the key to Zionism’s success. And I think that is also good advice for the United States today that we need allies. We need the multipliers and having allies are critical or American influence in the Middle East and beyond.”