A speechwriter’s efforts to shift Israel’s standing at the U.N. 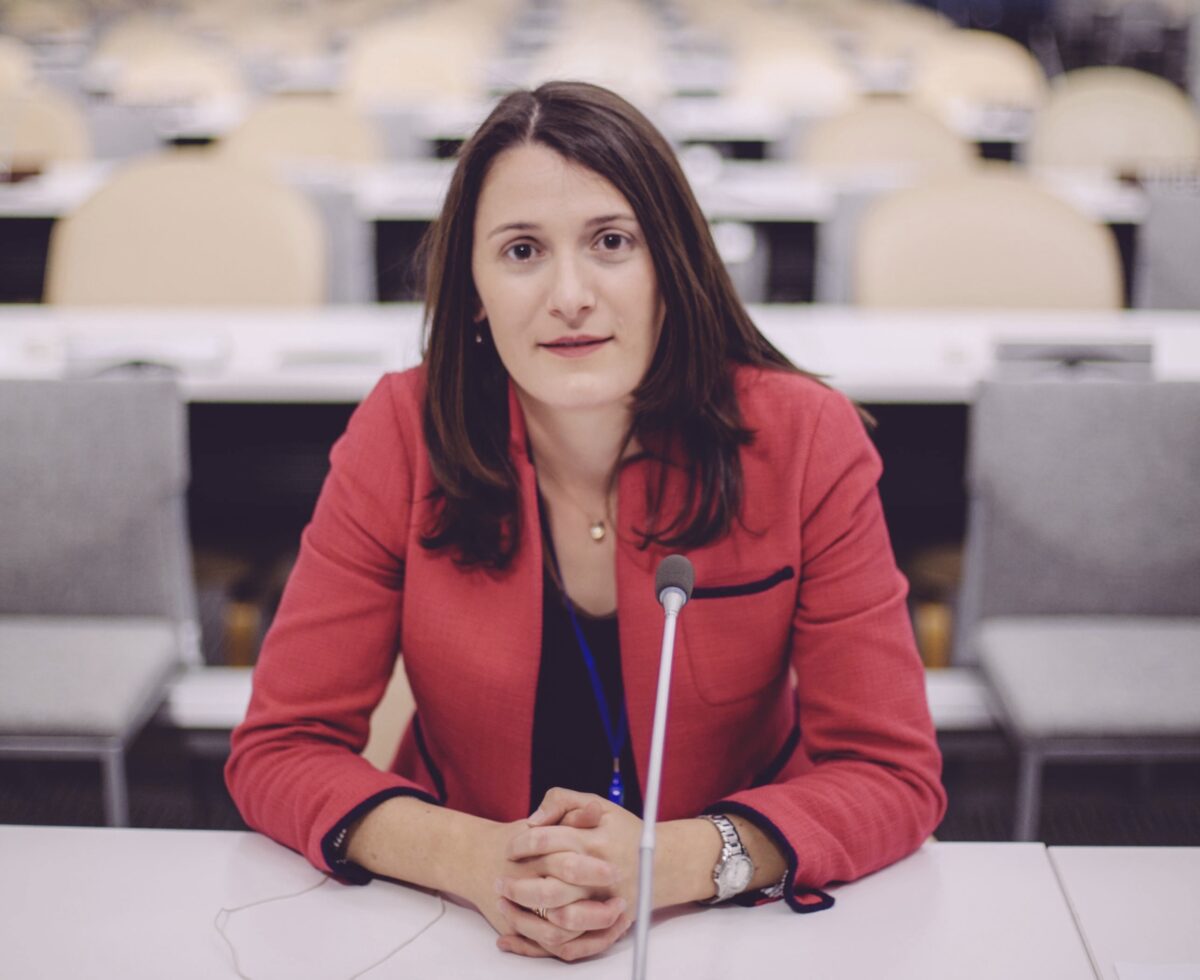 Every time Israeli Ambassador to the U.N. Ron Prosor delivered an attention-grabbing speech in Turtle Bay, Aviva Klompas, a Canadian native, felt “immense pride” that her words were contributing to Israel’s diplomatic successes.

Klompas, who served as Prosor’s speechwriter during his tenure at the U.N. from 2013-2015, offers a behind-the-scenes look at her work at the Israeli Mission in a new book, titled Speaking for Israel: A Speechwriter Battles Anti-Israel Opinions at the United Nations.

Klompas writes that when she was hired she was told her new boss “loved cheesy one-liners and insisted on having them in almost all of his speeches.” For Klompas, changing the tone of her writing and adjusting it be more direct and humorous was a challenge. Her previous work in the diplomatic field was for the Canadian government —  first as a senior policy advisor for the Ontario government and in the Cabinet Office overseeing the portfolios of the transportation and infrastructure ministries.The transition, she explained in an interview with Jewish Insider, was “a steep learning curve.”

“Once I understood Ron’s thinking, we fell into a comfortable partnership and started producing speeches that captured attention,” she writes.

Klompas said she felt “immense pride” that her words were used in an effective manner. “Every time I heard a representative deliver a speech that I wrote in the UN, it was just a remarkable thing to know that you’re standing in the course of history to be able to participate and to have this front row seat, not just to what’s happening, but to actually give words to what’s happening,” she told JI. “That I count as one of the greatest blessings of my career in terms of successes. If the next day I saw a quote in the newspaper or I saw a headline ripped from the speech, I mean that is about one of the most incredible feelings because it means that the message that you intended to put into the world was picked up.”

In the book, Klompas details how she believes the structure of the United Nations is inherently biased against Israel and how a recent newcomer addressed that. She notes that Washington’s permanent-member status on the U.N. Security Council means a great deal for Israel in terms of offering robust support, but “it doesn’t make up in any way for the nature of the systematic bias against Israel.” It wasn’t until former Ambassador Nikki Haley arrived at the U.N. that the situation “dramatically” shifted, “because then you had an unequivocal voice of support sitting in the Security Council,” Klompas said. “And I think that is while she was there she dramatically changed the tone in the institution.”

What’s next for Prosor? “I think that he is one of the greatest representatives that Israel has had in its 71-year history, and I really don’t think we’ve heard or seen the last of him.”