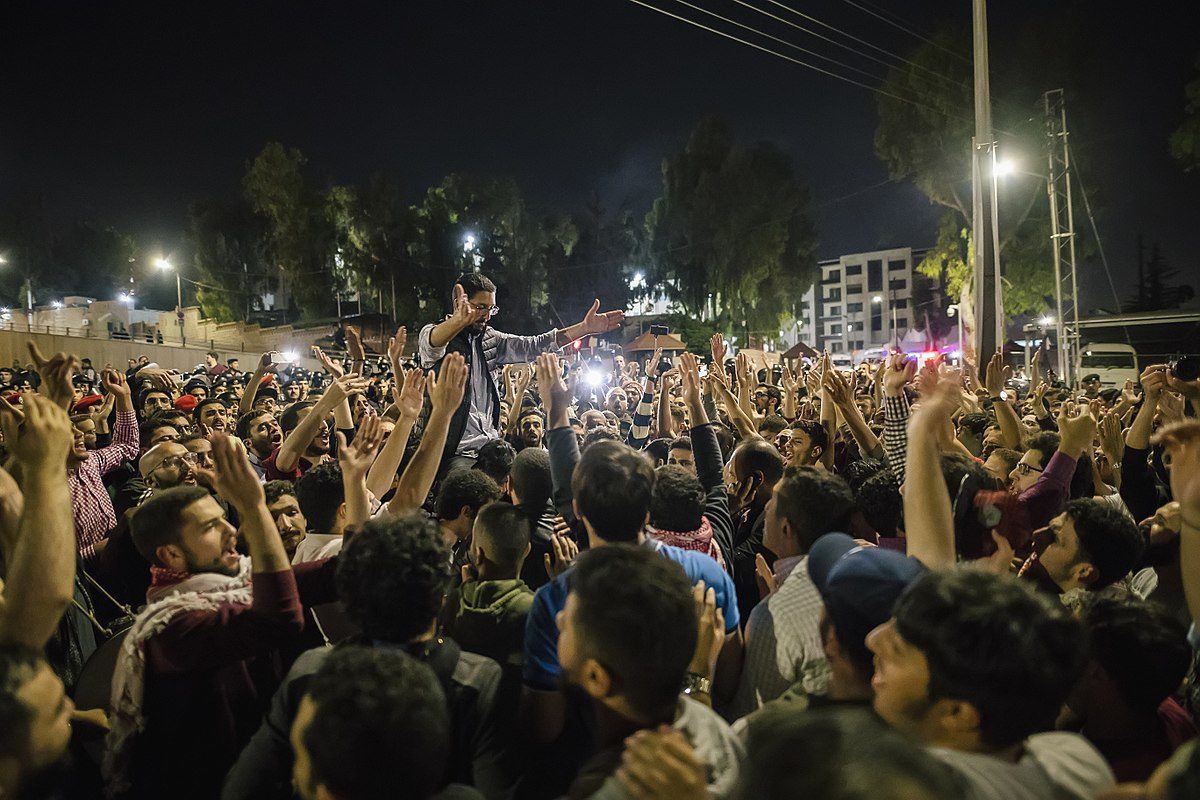 Jordanians protest in Amman in June 2018, angry at the state of the economy in the country.

Stability in Jordan is key to stability in the region as the Trump Administration pursues its plan for peace between Israel and the Palestinians, Tamara Cofman Wittes of the Brookings Institution said on Tuesday, on a conference call from Tel Aviv.

“The survival of Jordan to me is pretty core to the survival of the Middle East,” Cofman Wittes said. The call was set up to discuss possible fallout if Israel were to annex of parts of the West Bank, referring to Israeli Prime Minister Benjamin Netanyahu’s comments on the matter during the election in April.

“The King [of Jordan] is already in a very delicate position… a majority of the Jordanian population is Palestinian. If we’re going to see significant, mass mobilization in the wake of an annexation move anywhere in the Arab world, you’re going to see it first in Jordan,” Cofman Wittes said. “I think that given the existing domestic challenges, it just adds this much more fuel to the fire.”

Ms. Cofman Wittes landed in Tel Aviv following a week of travel in the Hashemite Kingdom. She warned Tuesday that Jordanian frustrations are high. The citizenry’s anger over domestic issues — lack of jobs, crumbling infrastructure, poor healthcare and education – could be set off if they feel abandoned by their government and if the King is perceived to be supporting U.S. policy toward Israel and against Palestinian national aspirations.

Jordan maintains a “cool” peace with Israel and has oversight of the Temple Mount, the Muslim Holy Sites of Haram al-Sharif and Al-aqsa Mosque, and it’s unclear what the country’s role would be in any proposed peace plan by President Trump’s Middle East peace team of Jared Kushner and Jason Greenblatt. The two advisors are expected to visit Jordan this week to discuss the Bahrain summit with the King.

Cofman Wittes said that the King faces an impossible choice. He can accept the terms of the Americans and “sell out” the political and national interests of the Palestinians and potentially receive large investment. Or, he could maintain a delicate stability in his country by acting in the national consensus of the population.

“What is a head of government supposed to do in that circumstance?” Cofman Wittes asked. “He cannot sell out his national interest, even for the highest price – is basically saying, ‘Yes, I am prepared to destabilize my own rule, my own life-span in power for the sake of whatever check you say you’re going to write to me or you say whatever pledge you say the Gulf is going to give to me.’ I just don’t think that’s a deal any King of Jordan is going to go for.”