Some in Netanyahu’s new coalition want to overhaul Israel’s democratic foundations, but how far will they go?

‘I think if you want a one-sentence definition – this coalition is going to change the rules of the democratic game and not play within the rules,’ one observer said 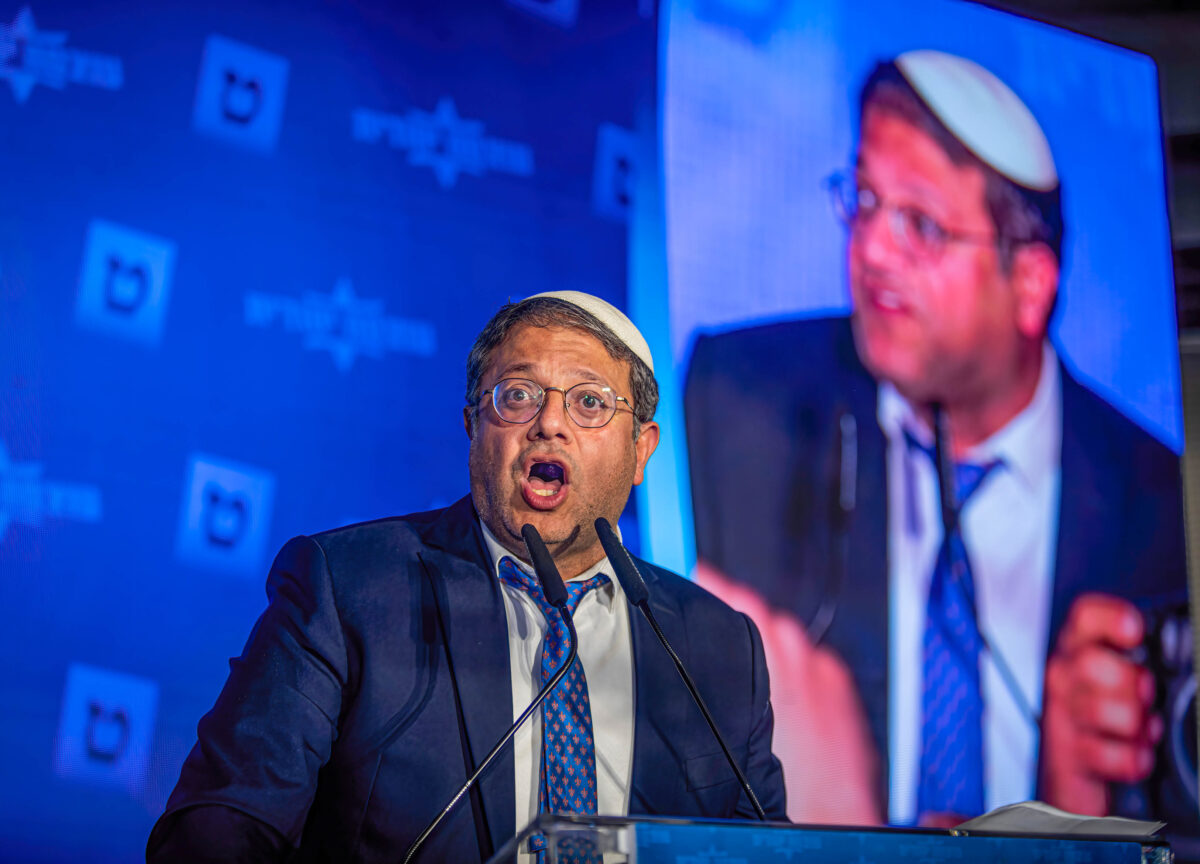 JERUSALEM, ISRAEL - 2022/11/02: Leader of the ultranationalist party Otzma Yehudity ( Jewish Strength ) Itamar Ben-Gvir speaks to supporters in Jerusalem after hearing the results of the exit polls giving his party 14 seats in the parliament. With more than 90% of the votes counted former Israeli Prime Minister Benjamin Netanyahu and his block of parties are set to win 65 seats out of the 120 seat Parliament. A come back for Netanyahu, the religious and extreme right nationalist block that he leads. (Photo by Eyal Warshavsky/SOPA Images/LightRocket via Getty Images)

Israeli President Isaac Herzog formally tasked former Prime Minister Benjamin Netanyahu with forming the country’s 37th government on Sunday, but as the long-serving former leader works to put together his coalition, there is concern among his opponents that the future of Israel’s existence as a democratic state might be at risk.

Likely to be the most homogeneously right-wing, religious government in Israel’s nearly 75-year history, all four parties in the evolving coalition maintain that one of the main branches of governance – the judicial system – promotes a singularly left-wing agenda and is in need of a major overhaul.

Among the key changes touted by the parties during their recent election campaigns are plans to challenge the religious-secular equilibrium and the human rights protections of Israel’s minority groups, as well as give the government power to select judges, appoint the attorney general and even determine public service officials.

But perhaps the most controversial goal is to enact an “override clause,” which will give the Knesset power to approve legislation that could alter the country’s Basic Laws, stripping power from the Supreme Court. In lieu of a written constitution, Israel’s High Court of Justice also acts as the country’s top legal authority and has the ability to strike down Knesset-and government-approved legislation that it determines to be contradictory to any of the Basic Laws, particularly elements that stand in violation of human and civil rights.

“The constitutional structure of Israel exposes it to the dangers of democratic erosion much more than in any other country,” Professor Suzie Navot, vice president at the Israel Democracy Institute, explained to Jewish Insider. “In other democratic countries, you have mechanisms and tools that decentralize political power – you have checks and balances.”

All other democratic states have tools that limit the power of the legislature, she continued, giving the example of two houses of legislative authority or a presidential system, where the second chamber or the president has the right to veto controversial laws. Some countries have a federal structure or a regional electoral system; in Europe there is even an international court in which to appeal against certain legislation, Navot said.

“All of these are tools that limit the absolute power of the legislature and none of them exist in Israel,” she added. “Israel is unique in that it’s the only country among those that are defined as free and democratic, that does not have any tool for the decentralization of political power.”

When Israel was created in 1948, those building its governing bodies and designing its political practices declined to set down a constitution in writing, said Navot. Founding Prime Minister David Ben-Gurion did not want the responsibility of drafting the constitution; religious leaders in the country’s Constituent Assembly, which later became the Knesset, said they already had their constitution – in the form of the Torah.

“They decided not to decide,” she said. “The compromise was that Israel’s constitution will be prepared step-by-step, piece-by-piece, using basic laws and when all the basic laws, which are the chapters of our future constitution, are enacted, then Israel will finally have a constitution.”

Navot said that the lack of a written constitution gives Israeli politicians the power to change the rules at any time, as long as they have a majority of 61 Knesset members voting for it. After the recent general election, Netanyahu’s government will have the support of some 64 Knesset members.

“I think if you want a one-sentence definition, this coalition is going to change the rules of the democratic game and not play within the rules,” said Gayil Talshir, a political scientist at the Hebrew University of Jerusalem and author of the forthcoming Judocracy: The Netanyahu Era to be published in 2023.

“They want to enhance the majority rule or the tyranny of the majority – the majority, meaning the Jewish majority,” she continued. “It’s not just the override clause, but that is the symbol of this.”

“They are going to change the rules of the democratic game in Israel, and I think this is why it’s so scary for the future of Israeli democracy,” Talshir added. “The override clause is so fundamental because Israel doesn’t have all the checks and balances that other democracies have.”

She explained that the legislation the new government is hoping to pass has two key elements. The first pertains to Netanyahu’s criminal trial, as Israel’s longest-serving prime minister stands accused of bribery, fraud and breach of trust in a case that has been making its way through Israel’s court system for more than three years. An override clause would allow the Knesset to pass legislation to give an acting prime minister – in this case Netanyahu – immunity from prosecution, effectively wiping out the proceedings against him.

The second element involves the fundamentalist ideological beliefs of Netanyahu’s likely coalition partners: Religious Zionism, Shas and United Torah Judaism. There are three aspects to this, said Talshir: state-religion relations, including key changes to the Law of Return that currently allows the grandchild of a Jew to immigrate but which future coalition members would like to see narrowed to mirror Jewish law more closely; the status of the West Bank and the settlements, some of which are defined by Israel’s current laws and international law as illegal outposts; and governance and human rights tied to Israel’s minority Arab population, the politicization of certain official positions and the rules of engagement for Israeli forces operating both inside Israel and in the West Bank.

Neri Zilber, a Tel Aviv-based journalist and advisor to Israel Policy Forum, said that at this stage it is unclear how far Netanyahu wants to go with such judicial reforms but pointed out that overhauling the legal system is a deep ideological belief not just for the far-right factions joining his government but also for Netanyahu’s own Likud party.

“They do not see this as destroying Israel’s democracy, quite the opposite,” he explained. “They see it as restoring balance to the Israeli governmental system, to reclaiming sovereignty for the people by removing it from activists and unelected judges.”

“They believe these reforms are positive and necessary on a very deep ideological level,” Zilber continued. “It has become a real ideological point for the Israeli right, and initially had little to do with Netanyahu’s corruption trial.”

“It has been a long-standing issue for people in Likud such as former minister [and Netanyahu confidant] Yariv Levin, and Netanyahu is a late-stage convert to this agenda – he used to block these reforms but now he needs them for his trial,” he said, adding that Netanyahu’s base now demands that such reforms be implemented and “based on his legal necessities, he will push this as far as he deems necessary.”