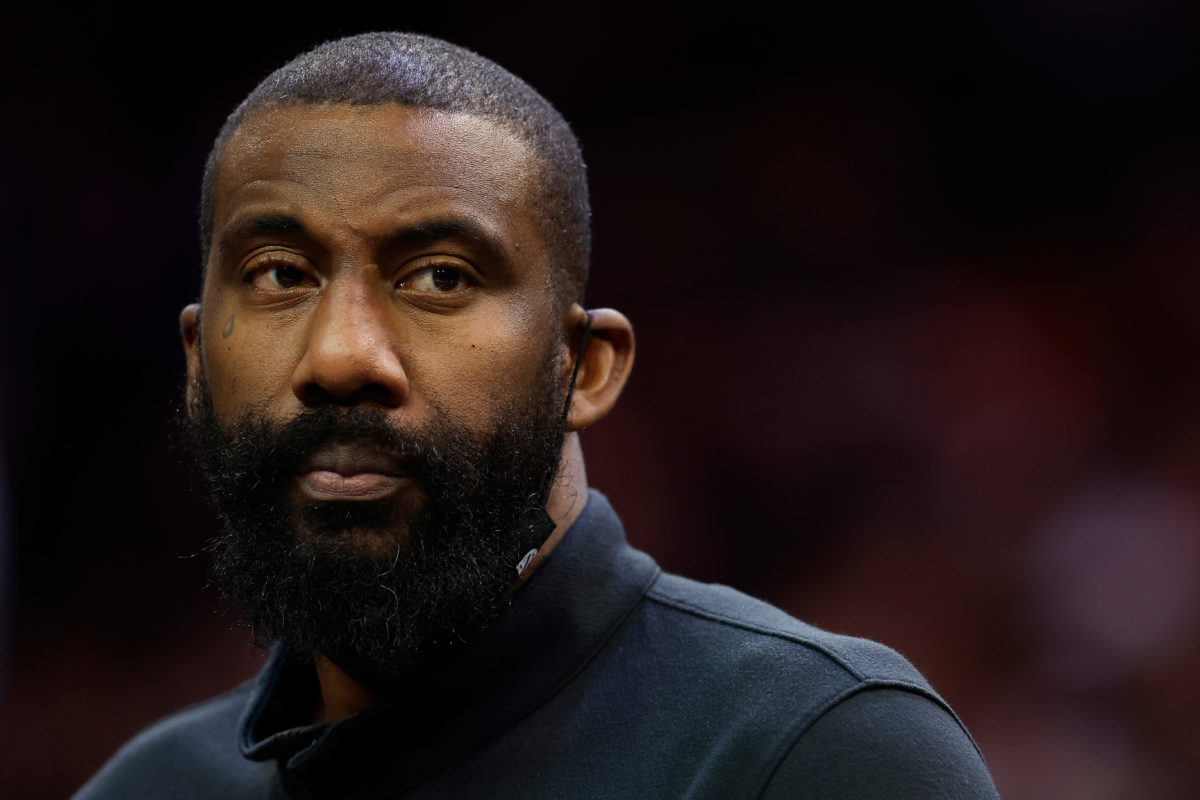 Brooklyn Nets player development assistant, Amar'e Stoudemire looks on during the second half of the NBA game at Footprint Center on February 01, 2022, in Phoenix, Arizona.

Amar’e Stoudemire revealed on Wednesday that he quit his position as an assistant coach for the Brooklyn Nets because of difficulties fulfilling his job as a Shabbat-observant Jew.

Stoudemire explained his decision in an Instagram post clarifying his earlier announcement that he was leaving his post after two years as the Nets player development assistant, which he first revealed last week on ESPN.

In the video, Stoudemire explained the decision was a “mutual understanding” with the Nets, and discussed the challenges posed by his Shabbat observance.

“Not working on Friday night and Saturdays is difficult for anyone to grow in the coaching space, because coaching is such a grind. It requires you to be there full-time,” he said.

Stoudemire called the Nets a “beautiful organization,” and claimed, “there’s no hard feelings, no way, no how.”

Stoudemire, who played for teams in both the U.S. and Israel, including the Phoenix Suns, the New York Knicks, the Dallas Mavericks, Miami Heat, Hapoel Jerusalem and Maccabi Tel Aviv, became interested in Judaism through his mother’s Black Hebrew Israelite heritage, and underwent an Orthodox conversion to Judaism in August 2020.

Speaking about his time with the Nets since his conversion, Stoudemire reflected, “I was there for two years, sacrificing my time away from my family for those two years, but still was able to hold down the fort and fulfill my obligation. So there’s no quitting from that standpoint.”

Stoudemire also pushed back against media coverage of his disapproval of Nets player Kyrie Irving for his refusal to be vaccinated against COVID-19, and highlighted his respect for the All-Star guard in his Instagram post.

“Why would I criticize someone who’s similar as I am?” he said. “I also fast during the NBA season, for Yom Kippur. [Irving recently confirmed speculation that he had converted to Islam.] I’m also a guy who has a religious intake. I’m also a guy who’s an activist, who speaks about African American communities, and so forth. So why would I criticize someone who’s very similar to I am?”