Players from Israel, Morocco, Bahrain and the UAE are set to meet for the soccer match next week 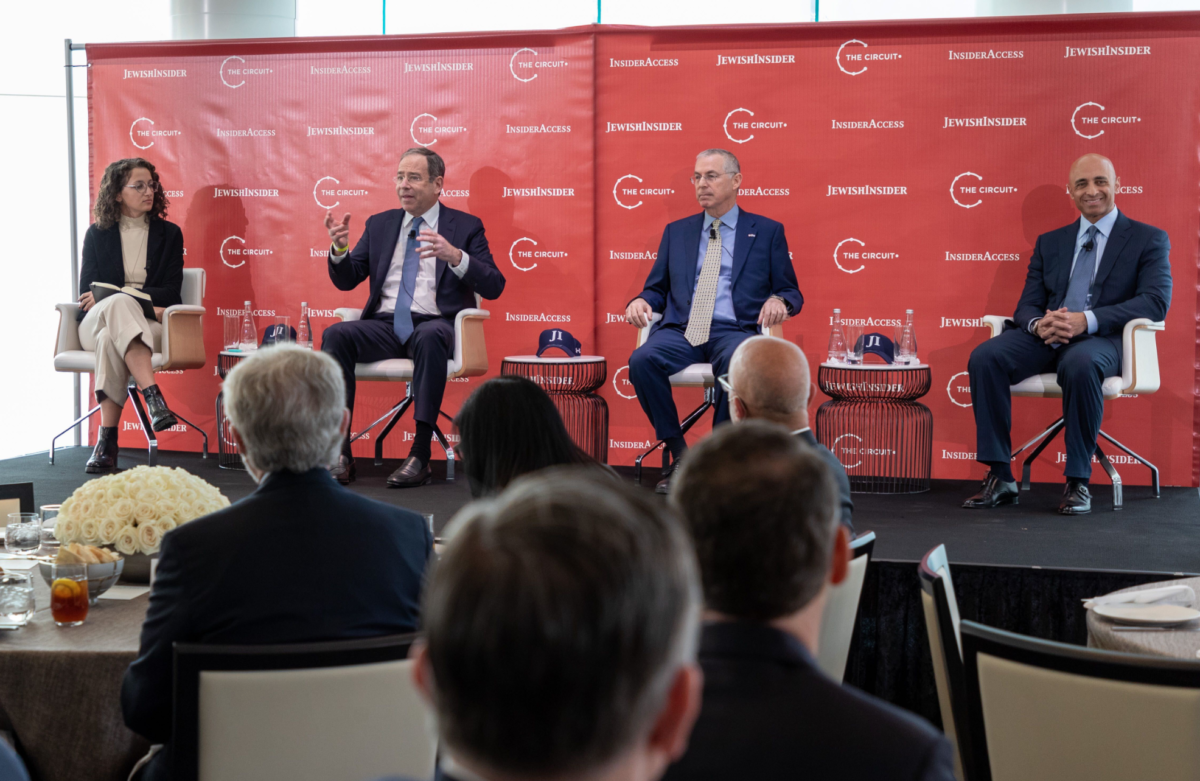 As Expo 2020 Dubai comes to a close at the end of March, the United Arab Emirates will host a soccer match between teams from the Abraham Accords’ signatory countries, U.S. Ambassador to Israel Tom Nides announced on Wednesday.

Players from Israel, Morocco, Bahrain and the United Arab Emirates will face off in Dubai in the inaugural “Abraham Accords Games,” an effort being spearheaded by Nides and the UAE’s ambassador to Israel, Mohamed Al Khaja. The event will also feature a “dinner celebration” with chefs from each country.

“I fundamentally believe that travel, tourism [and] culture is the way to cement, in people’s psyche, the importance of these Abraham Accords,” Nides told reporters in a virtual press conference on Wednesday.

Since arriving in Israel in December, Nides has emerged as one of the most vocal proponents of the Abraham Accords — the 2020 pact that normalized ties between Israel, the UAE, Morocco, Bahrain and Sudan — within President Joe Biden’s administration.

The event will take place on March 29, and the delegations from each country will also visit the others’ booths at the Expo. The culture ministers from each of the four countries will be in attendance. After the event, they will sign a “cultural cooperation declaration” with the goal of “fomenting and just continuing to advance the idea that cultural cooperation is the key to success to the Abraham Accords,” said Nides.

With the event taking place in an international hub like Dubai, Nides said he hopes the event will show other countries the benefit of joining the Abraham Accords.

Sudan, which was a signatory to the Abraham Accords in 2020 but has been absent from most of the resulting cooperation, will not participate in the Abraham Accords Games. Sudan “is going through some complications with leadership,” said Nides, referring to a military coup that rocked the country last year, but “our hope is that we’ll all be doing all these events together.”

The Abraham Accords Games is the first major event in a cross-cultural approach Nides is taking to advancing the Abraham Accords and showing their potential to other countries in the region. “I’m hoping that Israel plans to do something this summer for a month of different activities in the cultures of all the countries,” Nides said, explaining his vision for a “whole month of concerts and plays and arts. There’s just a massive amount of stuff that people don’t know about each one of these countries.”

Nides urged policymakers and practitioners in the Abraham Accords countries to “get in the mindset of kids” by working with “influencers, pop stars [and] cultural icons,” which he said he has a plan to do.