Amid struggling talks, the administration is ramping up its rhetoric critical of former President Donald Trump’s withdrawal from the 2015 nuclear agreement 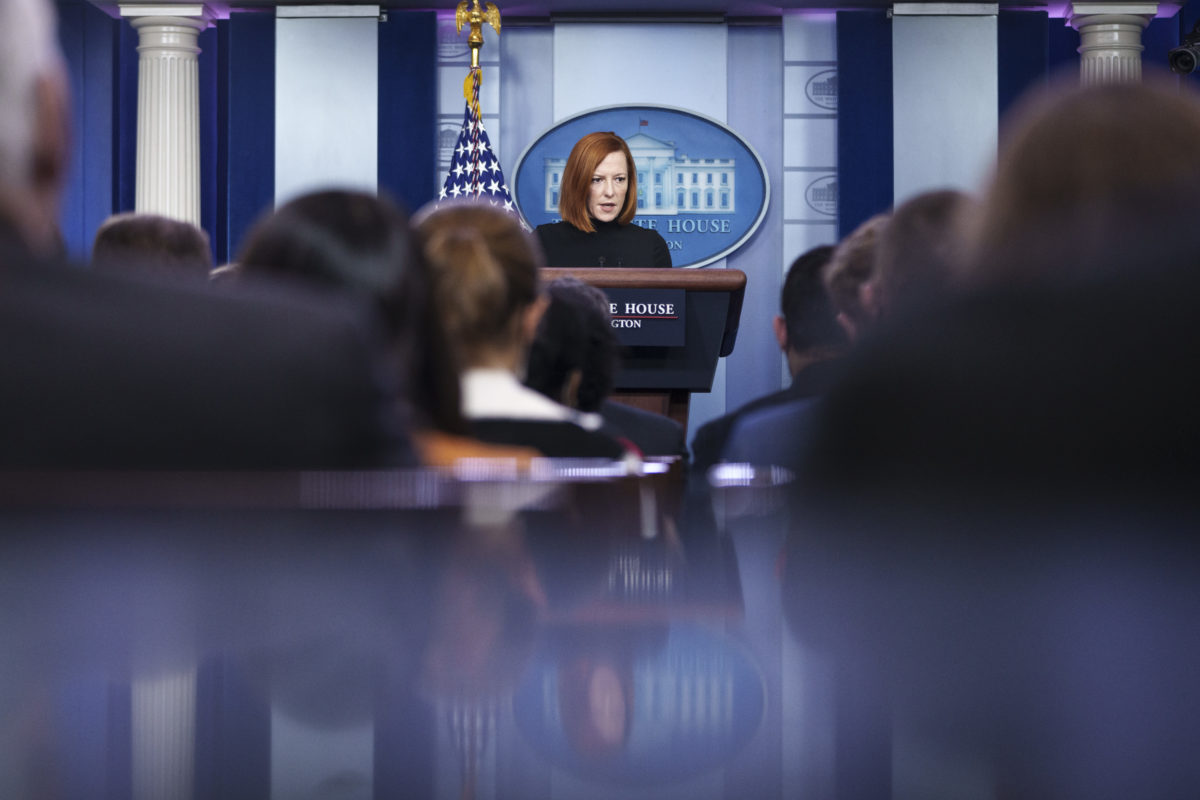 With Iran nuclear talks nearing a critical juncture and expectations low for what they might achieve, the Biden administration is turning fire toward the Trump administration and its decision to pull out of the 2015 nuclear deal.

At Wednesday’s White House press conference, in response to a question about the status of the talks, Press Secretary Jen Psaki said, “None of the things we’re looking at now… would be happening if the former president had not recklessly pulled out of the nuclear deal, with no thoughts about what might come next.”

Her comments follow remarks by State Department Spokesman Ned Price on Tuesday that “it is deeply unfortunate that because of an ill-considered or perhaps unconsidered decision by the previous administration that this administration came into office without these stringent verification and monitoring protocols that were in place.”

According to an Axios report, the remarks were part of a concerted messaging push by the administration to assign blame for the current state of Iran’s nuclear and non-nuclear provocations to the Trump administration.

Experts on the region say that such a strategy is likely designed to deflect criticism away from the Biden administration and lay the groundwork for the end of nuclear talks — the window for which is “potentially weeks, not months [away],” Price said on Wednesday — and signals pessimism within the administration about the direction talks, now in their eighth round, are headed.

“If in fact there is no agreement and the Iranians walk and you end up with a pressure campaign, it’s a useful explanation as to why,” Aaron David Miller, a senior fellow at the Carnegie Endowment for International Peace, said. “And if in fact an agreement is reached… it would be the same useful argument: ’You don’t like the agreement? [It is], in essence, a consequence of what we were up against [after the Trump pullout].’”

“There’s not going to be a whole lot of happy campers on either side of the aisle regardless of what is produced in Vienna,” Miller continued. “If that is, in fact, the primary rationale, it seems to suggest that the administration has a pretty low view of where these talks are headed.”

Former Ambassador Dennis Ross, a fellow at The Washington Institute for Near East Policy who has served in high-level roles in Democratic and Republican administrations, offered a similar view.

The administration’s invoking of the Trump administration “has more to do with trying to explain, ‘We were given a hand that limited the choices we have, increasingly to a kind of binary set of choices of either trying to reach a diplomatic understanding, which is what we prefer, or then being forced to go in a different direction,’” Ross said.

“I think that’s designed to lay the basis for either less than what they wanted — because they were left with no good choices — or explaining why they were reverting to a non-diplomatic process,” Ross continued. “Although I think it’s probably more the former than the latter.”