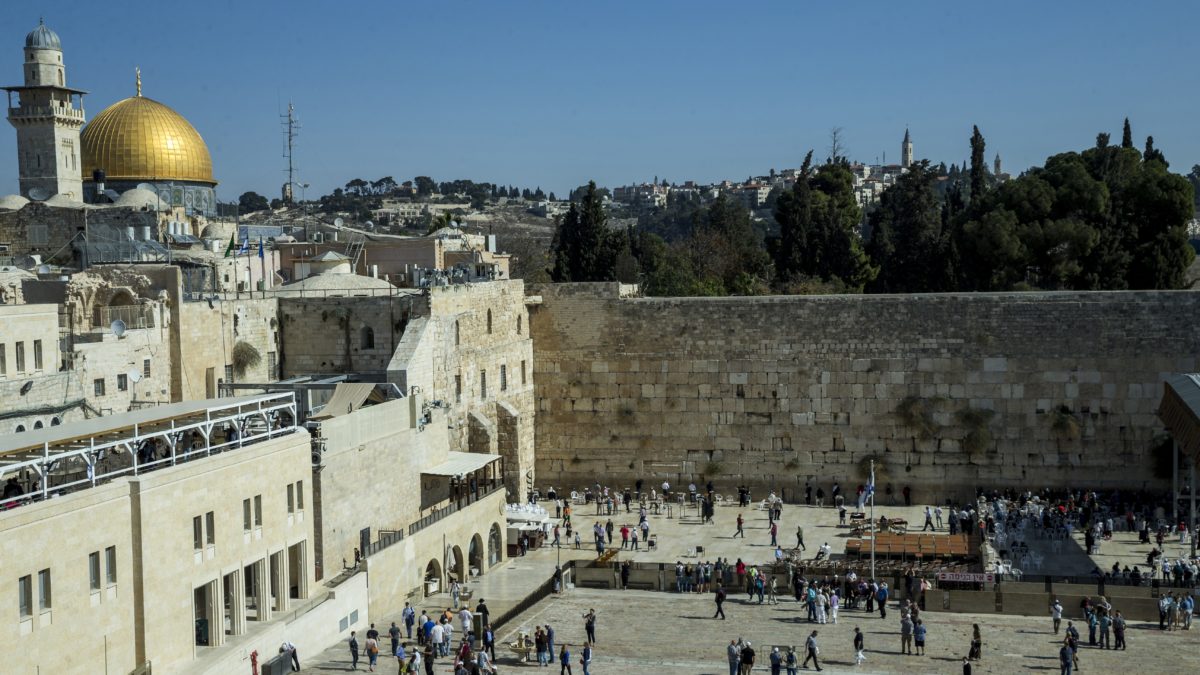 A delegation of Republican lieutenant governors from at least four states will visit Israel on a week-long trade mission this coming March with the goal of bolstering economic and diplomatic ties with the Jewish state, Jewish Insider has learned.

Scheduled for March 18-25, the trip is sponsored by the State Government Leadership Foundation, the policy arm of the Republican State Leadership Committee, a national organization dedicated to electing GOP candidates in all 50 states. The SGLF, which shared news of the upcoming delegation exclusively with JI, last hosted a trade mission for lieutenant governors in 2016.

Participants who have signed on so far include Jeanette Nuñez of Florida, Adam Gregg of Iowa, Mike Foley of Nebraska and Jon Husted of Ohio. But that list could expand as the SGLF shores up plans for the 2022 trip, a spokesperson for the group told JI. The delegation, according to an announcement, will meet with Israeli government officials and business leaders for discussions on such matters as agriculture, manufacturing, cybersecurity and aerospace technology.

The SGLF emphasized that it hoped to show solidarity with the Jewish state following the recent conflict between Israel and Hamas as well as a controversial mid-July announcement from Ben & Jerry’s that the Vermont-based ice cream company will stop selling its products in “Occupied Palestinian Territory,” including the West Bank. .

“As Ben & Jerry’s move to boycott Israel violates several states’ laws and damages the U.S.-Israel relationship,” the GOP advocacy group told JI, “the delegation will aim to strengthen relations with our strongest ally in the Middle East and expand growth opportunities through networking opportunities with Israeli companies, local chambers of commerce and other U.S. companies already doing business in Israel.”

Thirty-three states have enacted legislation aimed at companies that participate in the Boycott, Divestment and Sanctions movement targeting Israel — including Ohio, Iowa and Florida.

Earlier this month, Florida’s Republican governor, Ron DeSantis, announced that Ben & Jerry’s parent company Unilever had been placed on a list of “scrutinized companies that boycott Israel.” The consumer goods giant, whose more than 400 brands include Lipton, Hellman’s and Dove, now has 90 days to reverse course or face a permanent “investment prohibition.”

“We don’t expect them to do so,” Nuñez speculated in an interview with JI on Monday, citing a recent New York Times opinion piece in which Ben & Jerry’s co-founders Bennett Cohen and Jerry Greenfield, who sold the company to Unilever in 2000, vociferously defended the divestment decision. “Once that 90-day period has elapsed, then we will place them squarely on the list,” Nuñez said, “and they will not be allowed to have any sort of contract with the state of Florida.”

While Ohio bans state agencies from entering into or renewing contracts with companies that boycott or disinvest from Israel, the Buckeye State currently has no “contractual relationships” with Unilever, according to Husted. “But they would be prohibited from having them given the stance that Unilever-Ben & Jerry’s took in Israel,” he said.

Iowa’s anti-BDS law applies to both state contracts and pension fund investments, but Gregg told JI that he was “not aware of any contracts between the state of Iowa and Unilever.”

Still, he said the state’s pension fund is “carefully reviewing Ben & Jerry’s actions and its relationship with Unilever” as well as “potential state exposure” and “how our anti-BDS law applies.” Gregg said the state “will determine what next steps are appropriate” following the review, which has not previously been reported, though he had no clear timeframe to report in conversation with JI.

The three lieutenant governors discussed their plans for the March delegation to Israel in a joint interview with JI on Monday.

“There’s a lot of enthusiasm here in Florida, a lot of companies that are either Israeli companies or affiliated with Israeli companies that are looking to join us,” said Nuñez, who intends to focus largely on aerospace initiatives as well as agriculture. “Florida obviously has a very strong connection to the space industry having Kennedy Space Center located in the Orlando area, and we have had a long-standing partnership with Israel.”

Husted echoed that view. “Ohio is a manufacturing and technology state,” he said. “We export a lot of manufactured goods to Israel, and we have a lot of companies in Ohio who have relationships, and so it will be a great opportunity for me to strengthen those relationships to the benefit of our state and the State of Israel.”

He told JI that he had spoken with a number of Jewish community leaders in Ohio about visiting Israel over the past few weeks. “They said they thought it was the perfect time to send a message of how strong the relationship between America and Israel, Ohio and Israel, is,” Husted recalled, “and I hope that my presence on the trip will reassure those who care about those relationships that they are indeed as strong as ever.”

For Gregg, the trade mission is a chance to build on similar relationships between businesses in Iowa and Israel. “We saw a 14.4% increase in trade between Iowa and Israel between 2019 and 2020,” he said, “so we want to keep that going in the right direction.”

Several delegations to Israel have been postponed in recent weeks due to increased concerns over the surging Delta variant of he coronavirus. Last month, J Street, the left-wing Israel advocacy group, delayed two August trips for House members as well as congressional staffers, while the AIPAC-affiliated American Israel Education Foundation postponed a delegation for first-term House Republicans that has been rescheduled for February 2022 — a month before the lieutenant governors’ mission hosted by the SGLF.

Broadly speaking, “one of the points of this trade mission is the fact that where the Biden administration has failed, states are going to step up, and I think that’s especially true in our relationship with Israel,” said Gregg, reiterating a sentiment expressed by several GOP leaders at the state and federal level who have criticized President Joe Biden’s Middle East foreign policy approach amid growing partisan division over Israel.

“The Biden administration has been weak in support of Israel, and that has emboldened some of Israel’s enemies,” Gregg argued. “This is an opportunity for us to represent our states and demonstrate how important our relationship is with Israel.”

Lieutenant governors are uniquely qualified for that task as “key partners in leading our states in building state policy and also in building relationships with international actors,” Gregg told JI. “There’s really no more important ally than Israel for the United States and for each of our states.”