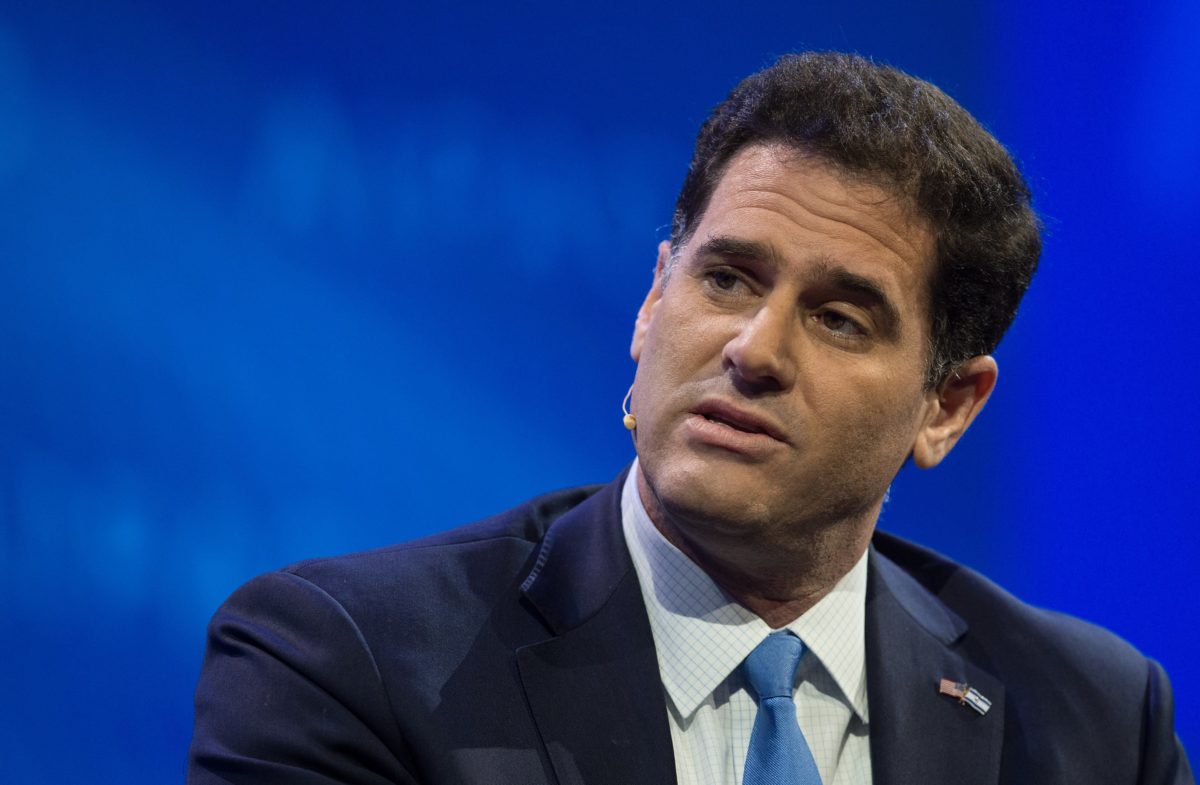 Former Israeli Ambassador to the United States Ron Dermer joined Jewish Insider’s “Limited Liability Podcast” co-hosts Richard Goldberg and Jarrod Bernstein for a lengthy conversation on Israeli politics yesterday. In part one of the conversation, released today, Dermer dissects the Israeli political process, giving a detailed history of how prime ministers have risen, fallen, and risen again, and weighs in on the new proposed coalition that would put Israeli Prime Minister Benjamin Netanyahu in the opposition.

Coalition caution: Dermer, who was a senior advisor to Netanyahu for four years before becoming ambassador, advised added caution before anointing the new government coalition led by Yair Lapid and Naftali Bennett. “It’s not a government until it passes its confidence vote,” Dermer said, “But do I think that the parties will make it to the finish line? I don’t know. It’s an interesting question. It’s going to be close. You may not have a government sworn in by about another 10 or 11 days… So there’s all sorts of maneuvering that’s going on in Israel. But I think they have a good chance. I don’t know if they’re going to get there. It remains to be seen. I will put the odds are better than 50/50, but I can’t put an exact number on it.”

Bennett’s challenge: “I think the issue is, when you’re a prime minister in Israel, governing is really hard. And you really need a strong base of support and you need a strong base of support within your coalition. Bennett’s support among the right has completely collapsed. Whatever was there before now is, you know, sort of totally gone. The left side of Israel’s political spectrum, they’re happy that Bennett is helping them oust Netanyahu but they’re not supporters of Bennett. So you don’t really see that he has the public support. So if you combine no public support, and no political sort of soldiers to help you govern, I think it’s very difficult. He may be an extremely talented individual but.. it’s very hard to see how he’s going to effectively govern even if he had the right policies and on some issues, visa vi Iran, or the Palestinians, or the other big issues that capture the imagination of people outside of Israel, it’s totally incoherent within that government… The glue that’s holding it together is only the fact that they want to oust Netanyahu. There’s nothing else there.”

Netanyahu’s next act: “If the government is not sworn in, then I think Netanyahu is back in the driver’s seat. If the government is sworn in, what the Prime Minister is saying is he’s going to head the opposition. And the opposition here is pretty big. It will be a minimum of 53 out of the 120. And the opposition would be very coherent… The Prime Minister came back to be prime minister… Ben Gurion came back… Rabin came back… So look he is by far the most popular politician within Israel. And one of the things he was hoping to do, and maybe it will still happen, I don’t put the chances very high, but is to have a direct election, meaning instead of going to new Knesset elections, just have a direct election, let anybody run against him and then we can have a decisive victory that way. Because in our system, our parliamentary system, where you have so many different parties, I think we’ve got 12 parties in the Knesset, eight parties would be in this new coalition. If you think you’ve got a problem with your two-party system in America, try 12. See how that works out for you.”