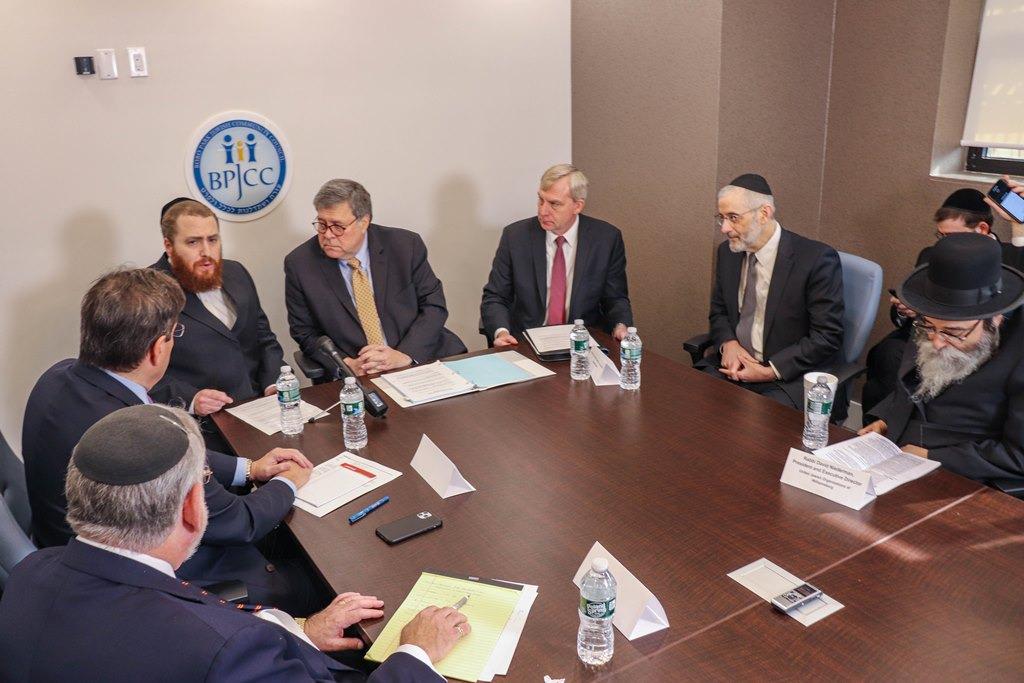 Attorney General William Barr, accompanied by U.S. Attorney for the Eastern District Richard Donoghue, met with a group of Brooklyn Jewish leaders at the Borough Park Community Council on Tuesday to discuss the recent rise in antisemitic violence.

Reassurance: Barr told the group that he was “extremely distressed” by the recent increase in violence in New York and reassured attendees that the Trump administration has “zero tolerance for this kind of violence.”

New proposals: During the meeting, Barr said that he was issuing instructions to every U.S. attorney in the country to have protocols in place that would establish local liaisons to Jewish communities, a role that will involve reporting hate crimes on the federal level and coordinating with local and state law enforcement in the investigation and prosecution of hate crimes. Barr also pledged to lower the threshold for the federal prosecution of hate crime incidents.

Sending a message: Allen Fagin, executive vice president of the Orthodox Union, tells JI, “The fact that the attorney general of the U.S. came to Borough Park to tell the community how seriously the government took the issue of antisemitism and to indicate that at the highest levels of government there was absolutely no tolerance for such conduct, that in it of itself, I thought, was an enormously important and impactful message.”

Long-term effect: “Action speaks louder than words,” Avi Greenstein, executive director of the BPJCC, tells JI. “For the AG to make this a priority and declare that he will be observing the zero tolerence policy with an open eye, is something that is unprecedented and cannot be overstated. This will have a lasting impact that will serve our community comfort that we have an ally, and hopefully serve as a deterrent to those committing these crimes — the feds are watching.”

Leading by example: Barr announced new federal charges against Tiffany Harris, who was repeatedly released after being arrested for slapping Jewish women in three separate incidents in Crown Heights during the holiday of Hanukkah.