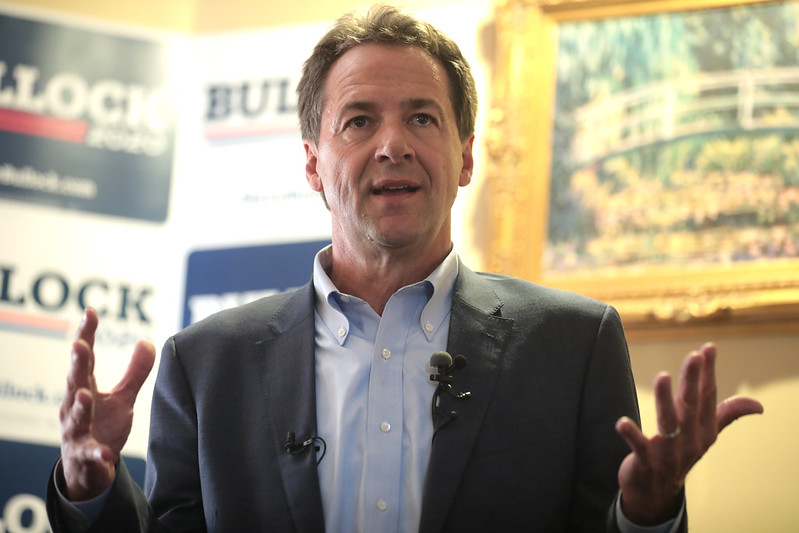 Speaking at the J Street Conference in Washington last week, Sanders insisted that Israel would have to “fundamentally change” its relationship with Gaza for continued U.S. military aid. Bullock insisted Sanders’ comments were out of touch with the majority of Democratic voters. “Bernie may have shifted away from supporting Israel, but I also believe we as a party certainly haven’t.”

Bullock’s criticism represents the most direct attack on Sanders’s comments made by any presidential rival. Former Vice President Joe Biden told reporters last week that it would be “absolutely outrageous” for the United States to condition aid to Israel but did not single out another candidate. In addition to Sanders, both Senator Elizabeth Warren (D-MA) and South Bend Mayor Pete Buttigieg expressed willingness to condition aid if Israel undertakes the annexation of any part of the West Bank. Neither went as far as Sanders.

The United States currently provides $3.8 billion in annual military assistance to Israel, most of which is spent on military equipment manufactured in the U.S. The funding goes towards the purchase of major weapons systems like fighter jets as well as for missile defense programs including Iron Dome.

Bullock also expressed his opposition to annexation, which Israeli Prime Minister Benjamin Netanyahu proposed prior to the last two Israeli elections. “I’m hopeful that this was a political ploy by Netanyahu,” the Montana governor said. “We’ve got to get back that environment in which a two-state solution can be achieved, and I think most Israelis feel that way as well.”

The Montana governor said that cutting military assistance that the United States annually provides to the Jewish state would “undermine our own security, not just Israel’s.” Bullock noted the aid was agreed to by former President Barack Obama as part of a ten-year memorandum of understanding, even though the former president’s relationship with Netanyahu “hit a rough patch” as the Israeli prime minister ferociously opposed efforts by the United States to reach a nuclear deal with Iran in 2015. “The administration expanded the security relationship, even while they were disagreeing in some respects.” He argued in taking this step, Sanders was moving away from Obama’s foreign policy.

“There’s always going to be discussions about policy and occasional disagreements,” Bullock said, noting that what “we’re talking about is money that is going for the security of Israel and is the only stable democracy in an increasingly unstable and hostile region. I think that commitment to Israel is more important now than probably forever. We can have serious discussions about domestic and foreign policy but not to politicize efforts that would undermine our commitment to Israeli security.”Despite the shift by Sanders, Bullock did not think that the Democratic Party was “moving away from support for Israel by any measure.” He noted that on the rare occasion that Israel has been brought up on the campaign trail, voters expressed their desire to move back to a “two-state solution” in contrast to what Bullock saw as President Donald Trump “politicizing Israel and [the U.S.] relationship.” Polling shows that support for Israel has fallen particularly among liberal Democrats in recent years and is at its lowest level among Democrats in over a decade.