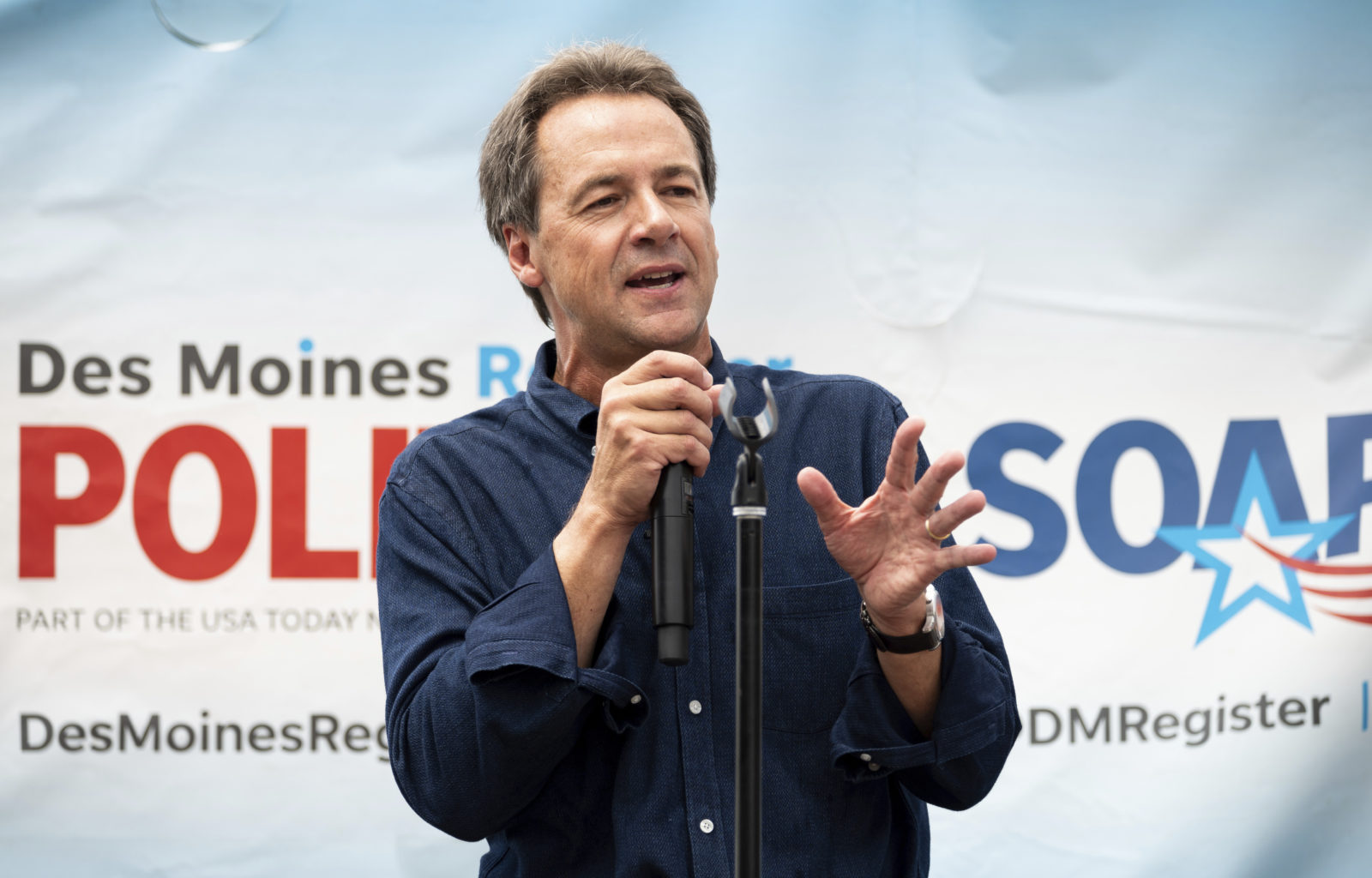 Steve Bullock may be the first Democratic presidential hopeful to willingly compare himself to Rick Santorum. It’s not that he shares the former Pennsylvania senator’s conservative views or penchant for sweater vests. It’s simply that he’s an underdog in his presidential bid who is convinced he can make it.

The two-term Montana governor spoke to Jewish Insider over pizza in Washington D.C. just after an interview on “Fox News Sunday” in which he compared putting Ken Cuccinelli in charge of immigration policy to “putting Putin in charge of election security.” The statement about the arch-conservative former Virginia attorney general made headlines, a rare feat for Bullock, who entered the 2020 presidential race in May and did not qualify for the first debate in June as a result.

Bullock, who touts that he is the only Democratic candidate to have won in a Republican state, has often expressed his frustration with the debate rules set by the DNC. “The rules were well-intentioned” but have rewarded candidates like billionaire Tom Steyer, who spent $10 million to reach the 130,000 unique contributors needed to qualify for the third debate in September. “That’s not grassroots democracy and I don’t think it’s probably good for the campaigns and it’s not good for the voters.”

On foreign policy, Bullock expressed his disappointment that the Israeli government refused to let two members of Congress, Ilhan Omar (D-MN) and Rashida Tlaib (D-MI), enter the country: “Any elected representative from Washington D.C. ought to be able to go to Israel.” He pointed a finger at President Donald Trump’s tweets forcing Israeli Prime Minister Benjamin Netanyahu’s hand in making the decision to ban the two congresswomen from Israel. Bullock also pointed to past statements by Ron Dermer, Israel’s ambassador to the United States, that the two would be allowed to enter the country.

“That just shows you can’t have the chaos being caused by tweets and personal spite,” said the Montana Democrat. “There’s just no way to conduct foreign trade or foreign policy. And you know we’re still waiting two-and-a-half years in for this secret plan and how we’re going to have Middle East peace. We’ve been promised for two-and-a-half years. He’s made it actually a lot harder to get to a two-state solution.”

Bullock also condemned U.S. Ambassador to Israel David Friedman’s decision to applaud the ban. When asked if it was appropriate, the Montana governor said “absolutely not, absolutely not.”

Bullock wouldn’t weigh in on whether Netanyahu was a racist, a statement made by several of his rivals for the Democratic nomination, including former Congressman Beto O’Rourke (D-TX) and Senator Bernie Sanders (I-VT). “It’s not up to me,” he said.

The Montana governor also expressed his concern about potential Chinese military intervention in Hong Kong and his support for the pro-democracy protesters there.

“I sure hope that China does not intervene militarily,” said Bullock. “And I wish that China just stepped back a moment. Look, China should have honored its commitment for allowing Hong Kong to go toward self-government or [democracy] and protesters are certainly right in speaking out and the rest of the world would be right in speaking out as well.” Bullock also expressed his hope that, if he was president, the crisis in Hong Kong “would have never gotten to this point because I would have spoken out earlier.”

As for whether Chinese human rights abuses would alter his approach on trade, Bullock said, “I don’t think we can fully turn a blind eye for human rights abuses.” However, he added, “you can’t say you are only going to even have dialogue or relationships with countries that share all of our ideals of human rights and democracy.”

Bullock has also focused much of his campaign on his success fighting for campaign finance reform in Montana, even in the wake of the 2010 Citizens United decision by the Supreme Court. He’s touted his effort to force dark money groups in the state to disclose their election-related expenditures. In his view, all key issues Democrats talk about “be it climate or be it drug prices, be it income inequality and sort of a rigged tax system, be it gun safety and gun violence…. flows directly back to the incentive system” created by current campaign finance law.

The irony is that success may be somewhat limiting for Bullock as he runs for president from a state that he notes “has some of the lowest contribution limits in the country.” The result has prevented him from spending the money necessary to reach the donor threshold needed for debate participation when it can cost as much as $70 to attract a new donor.

However, the Montana governor was sanguine about this, noting how little voters are paying attention at this point in the race. “Somebody said ‘well, you were great in those first three debates,’” he recalled. There have actually only been two Democratic debates so far — and Bullock has only participated in one.