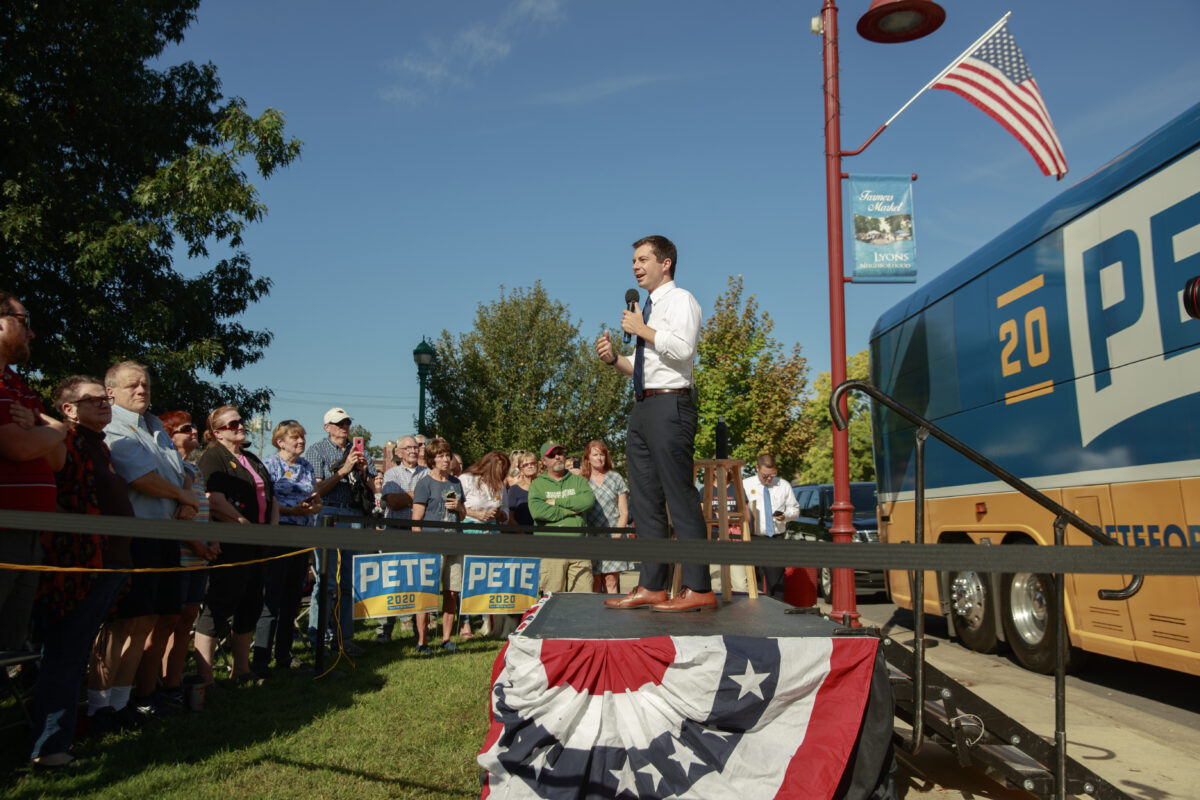 WATERLOO, IOWA — Presidential hopeful Pete Buttigieg accused Donald Trump of taking “U.S. foreign policy steps for the purpose of intervening in Israeli domestic politics” on Monday. Trump has long been a vocal ally and supporter of Prime Minister Benjamin Netanyahu, and touted a potential defense treaty between the United States and Israel days before the recent election.

Speaking to reporters on his campaign bus, Buttigieg said Trump’s last-minute interjection was a “conflation of domestic and international politics.” The mayor of South Bend, Indiana, compared the president floating a potential Israeli treaty to Trump’s appearance with Indian Prime Minister Narendra Modi in Houston on Sunday at a campaign-style rally.

“There’s something deeply unhealthy in many different overlapping ways about [that] kind of conflation of U.S. policy and domestic politics on both sides,” he argued. Buttigieg pointed out that Trump has only contributed to the alliance between the United States and Israel “increasingly coming to be viewed as a partisan issue.”

The Democratic hopeful expressed skepticism that Trump’s remarks last week — appearing to distance himself from Netanyahu — would lead to any change in U.S. policy. “I don’t really find hope in anything this president is doing,” said Buttigieg, “but we’ll see what comes up.” The 2020 hopeful speculated that Trump “wants some level of credibility for whatever peace plan they are going to put out. I’m skeptical but we’ll see what they do or, as the president says ‘we’ll see what happens.’”

Buttigieg also hailed the decision of the Joint List, a coalition of Israeli Arab parties, to back Blue and White leader Benny Gantz as Israel’s next prime minister. “It’s remarkable,” said the South Bend mayor. “I don’t know how that reverberates in terms of the domestic calculations that Gantz has to make, but there is some possibility of growth and unity in that somewhere. I’d like to find out what it actually leads to.”