“Voters don’t really care as long as you don’t start a new war.” 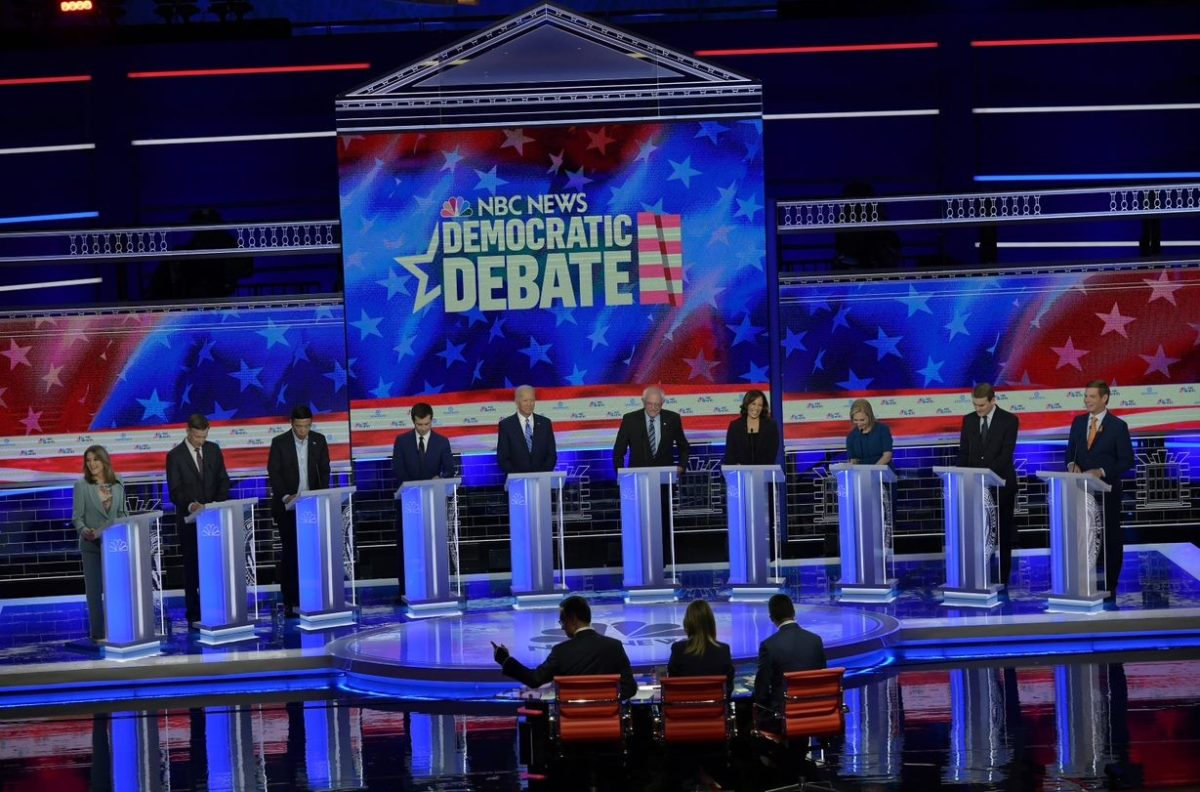 Des Moines, Iowa — Foreign policy once dominated the Iowa caucuses. In both 2004 and 2008, Democrats were divided on the Iraq War and its aftermath. Fissures on foreign policy defined the field and the debates around it.

This cycle, foreign policy has become an afterthought for candidates. Last week, following an impromptu summit between Donald Trump and Kim Jong Un, an announcement from the Iranian regime that it will ramp up its enrichment of nuclear materials and with China facing unprecedented pro-democracy protests in Hong Kong, foreign affairs went mostly unmentioned by candidates crisscrossing the state.

Instead, candidates are focusing their remarks on domestic policy. Immigration remains a key topic along with climate change, health care and the economy.

The lack of focus on foreign policy surprises Scott Brennan, the former chair of the Iowa Democratic Party, “There’s certainly a significant movement to have a much more vigorous discussion about climate change, with Iran enriching uranium, you hear crickets about foreign policy.”

Another factor was the universal loathing for Trump among Democratic voters. Rob Sand, the elected Democratic state auditor tells Jewish Insider that “the president has made enemies out of our friends. So I don’t think that fine distinctions are important in foreign policy this cycle. Everybody knows we just need to repair the damage that’s been done.”

Voters shared this lack of engagement with foreign policy issues in conversations that Jewish Insider had with over a dozen Iowans at events for four different presidential candidates.

Even those who spoke about events abroad didn’t drift far from the United States border and focused on the ongoing crisis there. Hannah Salati, a high school student from Ogden, Iowa, says “foreign policy is really important” and then cited the border crisis.

Voters also saw few concrete differences between the candidates. Dave Peterson, a political science professor at Iowa State, notes that he doesn’t “see much difference [on foreign policy] at least among the top tier candidates” as he queues for a selfie with Beto O’Rourke on a porch in Ames, Iowa.

Others point simply to the need for any Democrat to replace Trump. Speaking to Jewish Insider at a Des Moines event for Kamala Harris, Carrie Russell, a 50-year-old from Des Moines toggling between Harris and Elizabeth Warren says “foreign policy experience matters but I would have more confidence in either one of those people to pick the people who actually know something” than Trump.

This is reflected in the lack of detail that campaigns are devoting to foreign policy than to domestic issues.

As Brennan notes, while campaigns are “obviously rolling out lots of policy stuff, it seems like everybody is focused on economic issues and environmental issues.” He adds that his ”assumption is they don’t think that’s what motivates voters and they only want [what] motivates voters.”

Nathan Blake, a well-connected Des Moines activist, suggests that the political climate has changed since the last truly wide open Iowa caucuses when Barack Obama used his opposition to the Iraq War to seal his victory in 2008. “There’s not some sort of pressing or seemingly pressing interest to relatively isolationist Midwesterner voters like 9-11 or Iraq War,” he tells JI. Blake noted this could change if, for example, “there’s more saber rattling on Iran.” However for now, he noted the foreign policy debate between Democratic candidates is “nuanced and voters don’t really care as long as you don’t start a new war.”