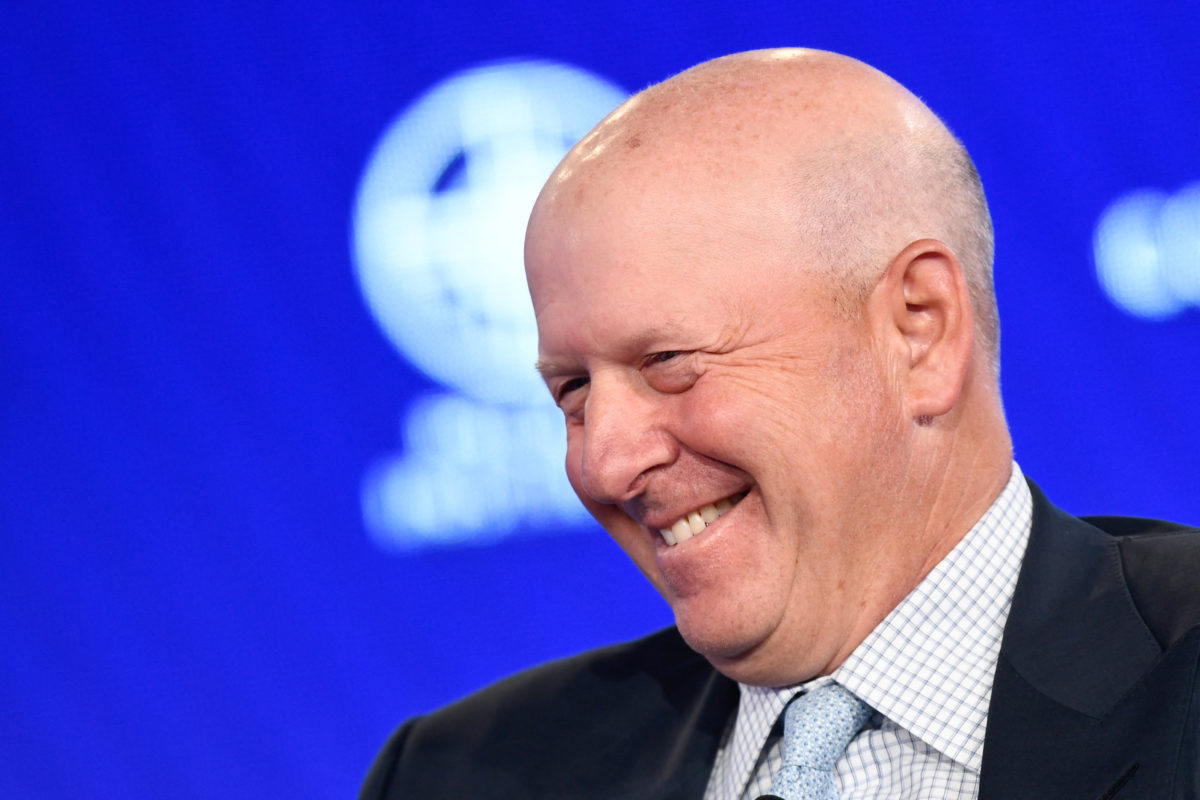 LOS ANGELES — During the first full day of the Milken Institute’s Global Conference on Monday, executives, investors and entrepreneurs gathered to discuss key global challenges. Inflation, the risk of recession, philanthropy, artificial intelligence, Alzheimer’s disease, inequality in education: All of it and more came up in panel discussions with influential speakers such as longtime Google CEO Eric Schmidt and Citigroup CEO Jane Fraser.

What makes Milken so interesting, Sinai Temple’s Rabbi David Wolpe told Jewish Insider, is that it’s “driven, obviously, by finance and tech and so on, but they don’t neglect the human questions.” He plans to address those questions on Wednesday on a panel with author and Harvard professor Arthur Brooks titled “Building a Better Life.”

Finding a table at the Beverly Hilton’s lobby bar or its poolside café was nearly impossible on Monday. In the afternoon, attendees flocked to the Wellness Garden — an outdoor spot that offered aromatherapy, massages and sound baths — to play with puppies that were up for adoption at a local shelter.

Dozens of panel discussions took place throughout the day, but the hallways of the hotel were buzzing with activity throughout all of it. People came to make deals, to scout out their next philanthropic venture or simply to mingle.

“It is so good to be back in person,” said Alec Ellison, a frequent Milken attendee who is the chairman of the global investing platform OurCrowd. “I’m just running into people I haven’t seen since pre-COVID from all walks.”

The Milken Institute, which has a significant focus on public health and also hosts an annual health summit, required attendees to be vaccinated and boosted. Guests’ vaccine cards were examined at check-in. But inside the conference, things looked much as they did in 2019, save the occasional person in a mask and the packaged KN95 masks that sat, mostly unopened, on tables in the lobby.

In Monday morning’s opening session, Milken Institute CEO Michael Klowden pointed out that up to 20% of conference attendees are also speakers, adding that everyone who is speaking at the conference is also there to learn from others. Rep. Cheri Bustos (D-IL), for instance, was spotted attending a panel on women’s leadership with speakers that included comedian Tiffany Haddish and author and former presidential candidate Marianne Williamson.

What makes Milken unique from similar conferences, said Richard Sandler, executive vice president of the Milken Family Foundation and a leader in the L.A. Jewish community, is its focus on finding solutions.

“To see the people that come from all over the world is really gratifying,” said Sandler, who has been involved with the foundation since it was started 40 years ago. The people who come to the conference “really are trying to solve problems,” he said.

Those problems range from defining American global leadership to combating extremism to fighting climate change. Several U.S. lawmakers spoke at the gathering, and being away from Washington allowed them to focus on the actual issues at play rather than the politics, said Rep. Peter Meijer (R-MI).

“I think it’s a nice break to focus on policy. And I think that one of the perennial frustrations in D.C. is how quickly politics gets wrapped up in the policy,” said Meijer, who brought his mother as his plus-one to the conference. For him, attending Milken means “being able to expand that aperture and have my assumptions challenged, to be able to fill in some blanks where maybe we’re less knowledgeable on an issue than maybe you wanted to be. It certainly doesn’t have a partisan inflection.”

In a one-on-one conversation with NBC News political director Chuck Todd, Maryland Gov. Larry Hogan, a Republican, spoke at length about his concerns with partisanship in the American political system. “I’m trying to provide a home for all the homeless people that don’t know whether they should be in the Democratic Party or in the Republican Party,” Hogan said, earning applause from the Milken crowd.

When Todd asked whether Hogan is “trying to save the Republican Party from itself,” he answered, “I think so.”

“There are some people in my party that are taking us off the rails,” said Hogan, who touted his bipartisan bona fides — noting at several points that his approval rating among voters in the blue state is upward of 70%. Hogan predicted that former President Donald Trump, who he has spent years criticizing, will not be the Republican nominee in 2024. Instead, he offered what sounded — somewhat — like a stump speech.

“What we need is real leadership that can unite the country and somebody that can make everybody in America proud of their government again, to vote for people that will actually try to put us in a better position and solve the problems that everyone’s concerned about,” said Hogan.

As a business-focused event, many of the conference’s sessions focused on financial systems and on the global economy. The outlook among Milken guests was optimistic, at least about the U.S: Two-thirds believe the U.S. economy is stronger than that of other countries, according to polling of attendees done by The Harris Poll. But top finance professionals cautioned that a recession is possible in the near term.

“It’s not inevitable but it is a concern,” said Citi’s Fraser. “I’m much more optimistic on the [United] States. I’m very concerned about Europe.”

Rishi Kapoor, co-CEO of Investcorp, noted that each country or region is experiencing the current economic situation differently. “The Middle East is booming right now,” said Kapoor. “It’s going to be a little bit more nuanced than painting everything with the same brush.”

Many events focused on bringing diverse communities together and bridging gaps, whether through financial investment, education or public service. Farah Pandith, who served as the State Department’s special representative to Muslim communities in former President Barack Obama’s administration, said her role in the post-9/11 world “was around puncturing the us-versus-them ideologies that live in this country and around the world, and finding a way to use my unique background to be able to help us protect our communities,” she told attendees.

Pandith, who has been involved in conversations about fighting antisemitism, including at a summit in Palm Beach, Fla., in March, warned that “this nation is not on an upward trajectory” when it comes to fighting hate.

Anti-Defamation League CEO Jonathan Greenblatt spoke about the topic on a panel about renewing social cohesion and offered a number of policy solutions, such as reforming Section 230 of the Communications Decency Act to make social platforms more responsible for the content that is posted on them.

“It’s not that hard to knock the Nazis off the platform,” Greenblatt said of Facebook. Last week, when Twitter announced that it would be acquired by Elon Musk, Greenblatt posted on Twitter that “the extremists are celebrating” since they expect to be allowed back onto the platform and called their response “dangerous.”

But on Monday’s panel, Greenblatt seemed to revise that opinion: “I’m optimistic about Elon Musk’s acquisition of Twitter,” Greenblatt said at the event. “I think he’s got lots of possibilities based on what he’s said already.”