'The idea that we would be electing this young, Jewish guy to the U.S. Senate was really significant to all of us' 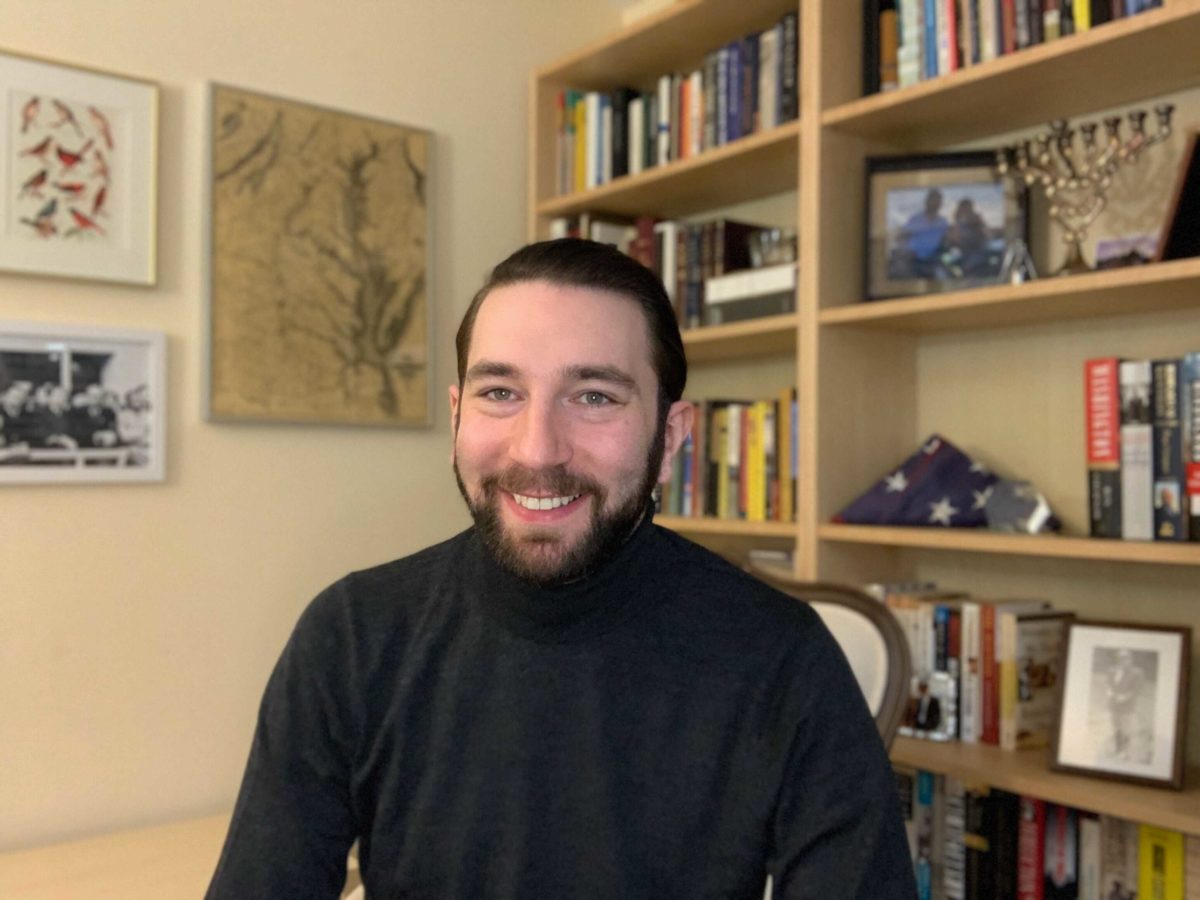 Joshua Karp, a 32-year-old Democratic strategist, has worked in campaign politics for about the past decade, having engaged in what he describes as a long and painstaking project to flip southern states. “They’re right on the cusp of turning blue and need that extra little shove,” said Karp, a native of Hampton Roads, Va., who now lives in suburban Maryland. The effort, however, has often left him feeling deflated. The biggest blow came in 2018, after Karp joined Andrew Gillum’s Florida gubernatorial run as a deputy campaign manager — only to see him lose by a fraction of a percentage point.

Not one to lick his wounds, Karp sensed a new challenge when, two summers ago, he got word that Jon Ossoff was mulling a Senate bid in Georgia. Though Ossoff’s 2017 congressional campaign, among the most expensive in history, had ended in defeat, Karp suspected the Peach State was ready to elect a Democratic senator. “The opportunity this cycle felt like it was in Georgia,” Karp, one of the first to join Ossoff’s campaign as a senior advisor in August 2019, told Jewish Insider in a recent interview. Karp’s intuition was correct. Earlier this month, Ossoff beat out Sen. David Perdue (R-GA) in a political upset that — along with Rev. Raphael Warnock’s victory over Sen. Kelly Loeffler (R-GA) — helped give Democrats a slim majority in the Senate.

When Ossoff is sworn in later today on a Hebrew Bible once owned by Jacob Rothschild, an Atlanta rabbi and civil rights activist, he will become the first Jewish senator from Georgia — a fact that carries extra resonance in a state whose antisemitic legacy includes the 1915 lynching of Leo Frank. Ossoff, 33, put his Jewish identity front and center throughout the campaign.

“For Jon, being Jewish is something that he is confident in and proud of,” Karp said. “It was never a question that Jon would be discussing being Jewish on the campaign trail and the historical nature of that candidacy. He wanted to talk about it. My role in this campaign, in many ways, was to sort of be a keeper of the flame, someone who was watching for the big picture, the overarching message we were putting out into the world, and making sure that this big campaign stayed authentic to who Jon really was. And Jon’s a Jew. It’s as simple as that.”

Karp, who is also Jewish, said his religious views have in many ways informed his own approach to politics. “I find that liberal Judaism offers a grounding in the work I do,” he said. “To me, a Jewish understanding of politics isn’t just sort of a passing reference to tikkun olam, but it’s an understanding of a moral system that is 4,000 years old and is grounded in some of the truest truths about human nature and what humans can accomplish if we don’t put ourselves first.”

So it was both personally and professionally fulfilling, Karp said, to be part of Ossoff’s historic campaign, which employed a number of Jews, including press secretary Jake Best and communications director Miryam Lipper. “The idea that we would be electing this young, Jewish guy to the U.S. Senate was really significant to all of us,” Karp recalled. “We all felt a little bit something extra riding on this.”

“I still get kind of misty thinking about the fact that, after so many months of such hard work,” Karp added, “this dream came true and the plan came together.”

When Karp joined the campaign, he was hopeful that Ossoff would have better luck in a statewide race, thanks in part to the candidate’s extensive volunteer and donor network. But he was somewhat disappointed to find that Ossoff’s Senate bid was slow to attract national media attention on the level of some other high-profile general election races, including those in South Carolina and Maine.

“Our campaign was not getting the lion’s share of attention,” said Karp, adding that Perdue’s “formidable political operation” was daunting. There were moments, of course, when Perdue slipped up, as when he ran a Facebook ad that seemed to enlarge Ossoff’s nose — invoking a classic antisemitic stereotype and sparking negative press coverage. “That is the kind of demagoguery that has all too rich a history in the South,” Karp noted. “Jon’s victory means so much to so many people, but one of the lessons that I hope it teaches is that kind of politics should be dead and buried.”

According to Karp, the moment in which Ossoff broke through on his own merit was on a debate stage at a local TV station in Savannah just before the general election. Turning to his opponent, Ossoff delivered a sharply worded attack that appeared to make Perdue visibly uncomfortable. “It’s not just that you’re a crook, senator,” Ossoff said. “It’s that you’re attacking the health of the people that you represent.”

“He says this, and we knew in the moment Jon had said something just really striking,” remembered Karp. The line, he said, was delivered extemporaneously. “We throw it up on Twitter, and two days later, over 15 million people have seen it. Jon grabbed a national microphone in that moment and that spotlight never really left us.”

Ossoff eked by in the November general election, forcing a runoff, and beat Perdue handily on January 5. His swearing-in ceremony is expected to take place around 4:30 p.m. this afternoon.

Now that his work with Ossoff is done, Karp is unsure what his next move will be. For the moment, he is advising Jaime Harrison, a longstanding client who is poised to chair the Democratic National Committee. Karp has also picked up a new pastime amid the pandemic: learning Yiddish. “When I feel up to it, I’ll call you and I’ll perform a dramatic rendition of Harry Potter in Yiddish, which I own.”

He is already looking back on Ossoff’s achievement in Georgia with a sense of nostalgia. “This campaign feels like the end of a long road for me because I have been working in southern politics for a decade now and had some wins and some losses along the way,” Karp told JI. “But being a part of flipping Georgia is historic and being a part of electing someone like Jon Ossoff to the U.S. Senate is the kind of thing that you tell your children about.”